The main purposes of maintaining details and systematic record of business transactions are to ascertain the result of the business operation for an accounting year and to ascertain the financial position on a particular date. An income statement is prepared to ascertain the result, and a position statement called balance sheet for determining the financial position. The income statement and balance sheet together are called final accounts.
The wrong classification of items would lead to the wrong ascertainment of profit and also the financial position. It is, therefore, necessary to determine correctly whether an item is of a capital or of a revenue nature. This distinction is also important for taxation point of view because capital profits are taxed differently from revenue profits.

Following are the basis to classify capital and revenue items:

A business incurs expenditure on two types of items: (i) routine items like stationery, postage, repairs, salaries, etc., where the benefit is available for a short period, and (ii) fixed assets like machinery, building, furniture, etc., whose benefit is available over a number of years. In accounting terminology, the first category of expenditures is called revenue expense and the second one is called capital expenditure.

Any expenditure incurred on a fixed asset which results the following:

When the benefit of expenditures is likely to be available for less than one year, its is treated as the revenue expense. Thus, all expenses which are incurred during the regular course of business are regarded as revenue expenses. These may be as follows:

Sometimes, the benefit of certain expenditure is available for more than one year. It should be spread over a number of accounting years. Hence, it is capitalized and only a portion of the total amount spent is charged to the statement for the current year. The balance is shown as assets and will be written off during subsequent accounting years. Such expenditure is called deferred revenue expenditure because the charge to the income statement is deferred to future years. Some example of such expenditure are:

Videos for Concept of Capital and Revenue 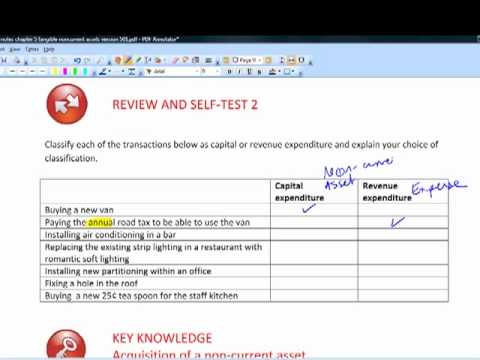 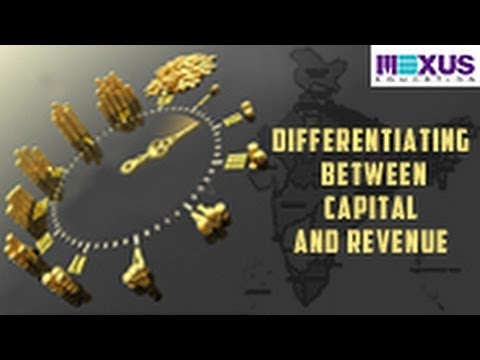 Differentiating between Capital and Revenue

The following are the differences between capital expenditure and revenue expenditure:

What is capital expenditure?

What is revenue expenditure?

When the benefit of expenditures is likely to be available for less than one year, its is treated as the revenue expense. Thus, all expenses which are incurred during the regular course of business are regarded as revenue expenses.