This note includes the information about the major occupation and the economic activities of ancient Nepal.

During the past times, the economic condition of Nepal was quite good. Agriculture, cottage industry, and trade were the main occupations of the people. There were three types of taxes that were used to impose on

agriculture, cattle-rearing, and trade which was called Trikar. The Kirats raised others taxes as well. The tax office was called KutherAdda.

Nepal used to be the common route for trade between the North and the south. The Kirants made good trade relation among India, Tibet, China, and Sri Lanka. According to Kautilya's Arthashastra, Nepal exported wool, woolen goods, blankets, wood, musk,gold, etc to India. They also developed the cottage industry.

The Lichchhavis had a great growth in the field of trade. They introduced coins and changed the barter system into monetary economy. Mandev had introduced the first coin of Nepal and named Mananka. The state fixed separate land or pasture.

Though people reared cow, buffaloes, pigs, etc. more priority was given to sheep and yak, because they had a great demand. For external trade, people went in groups. Such groups were called Sartha and their leader was called Sarthwaha. The state had established the security post to protect the traders.

Sometimes the Lichchhavi king made people get theexcuse from some taxes. King Amshuverma's inscription of Tistung says, 'Excepts for the goods which are not allowed to export without the permission of the government like iron, fly-flapper, wool, musk etc. are exempted in other goods to the Tistungdwellers'.

Although there were a lot of good rules in economic sectors but nowadays due to the poor and ineffective management in the economy resulted in the decline of the economic system of a country. In ancient times, agriculture was the main occupation but nowadays people also involve in other economic activities too. However, the economic condition of ancient times was far better than the present. 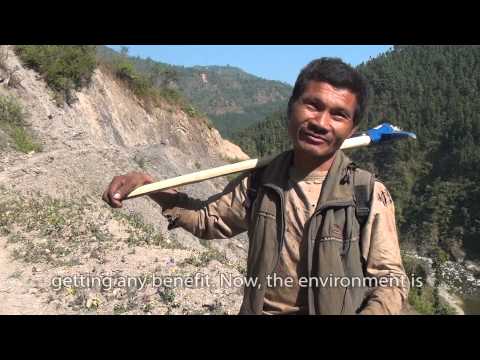 Read the given inscription and answer the following:

What do you mean by Trikar and Kuther Adda?

There are three types of taxes which are imposed on agriculture, cattle-rearing and trade which was called Trikar. Similarly, Kirants used to raise many others taxes as well and the tax office was called Kuther Adda.

What were the main exporting goods of Nepal during the ancient period?

The main exporting goods of Nepal during the ancient period are wool, woolen goods (radi, bakkhu), blankets, wood, musk, gold, hides, skins and herbs like chiraito, etc to India. Woolen blankets had a great demand in the market of Pataliputra.

'Lichchhavis had made a great progress in trade.' How can you say that?

'Lichchhavi had made a great progress in tax.' Yeah, it is a true statement that during the time of Lichchhivis Nepal introduced foreign trade and Nepal used to do trade with different countries. They changed the barter system into the monetary economy by introducing coins. Mandev introduced the first coin of Nepal named Mananka. The state also fixed separate land or pasture. For doing the external trade people involved in group which was called Sartha and their leader was called Sarthwaha.

What was the economic condition of Nepal during ancient period?

In ancient period the economic condition of Nepal was quite good. Agriculture, cottage industry and trade were the main occupation of the people.

What do you mean by Barter system?

The process of exchanging the goods against goods and labour against labour is known as Barter system.

With whom did the Kirants make the good trade relation?

The Kirants made the good trade relation with India, Tibet, China and Sri Lanka.

What Kautilya's Arthashastra told about?

Kautilyas's Arthasashtra had told about the export materials that the Nepal used to export various countries such as wool, woolen goods, blankets, wood, musk, gold, hides, skins and the herbs like chiraito, etc.