Art and Culture of Ancient Nepal

This note includes the information about the origin of art culture and tradition of Nepalese in Ancient times.

Art and Culture of Ancient Nepal

Through the experience of human beings, they have discovered and created a new knowledge. They were

able to express and share their feelings in different ways like drawing, painting, music, literature, etc.In the same way, every society has developed certain behaviour, habits, and values. They are passed on from generation to generation and become the way of life, that is called as the culture.

Along with the development of human civilization, the art and culture were developed in Nepal. The art and culture of Nepal can be discovered from the rule of Kirants although it was not well-organized. The period of Lichchhavi rulers in Nepal brought significant change in various fields. King Mandev in his dynasty extended the boundary of Nepal far and wide beyond the Kathmandu valley. Nepal became a dwelling place of different castes and creeds. The caste differentiation started in the society. The division of caste based on the occupation brought specialisation in skills, art and culture. Despite various religions, there was religious tolerance in the country.

The advancement of art and architecture were confirmed by the construction of big and artistic and creative palaces, houses, temples, stupas, etc began in the Lichchhavi period. Mangriha, Kailashkut Bhavan, the temple of Pashupatinath, the Changunarayan and the Buddhist Bihars of Ashoka. King Narendradev had a beautiful palace which had been appreciated in 'Tang description' of China. Chinese traveller Wang-Huen-Tche had said that he had never seen the beautiful palace than Kailashkut Bhavan. It was built in pagoda style, which was a pure original Nepalese art.

Not only the Nepalese architecture, Sculpture were also famous in that period. This image of Trivikram of Changunarayan temple,Harihar of Nakshal, image of Baraha of Chandol, etc. tells the excellence of Nepalese sculpture. Even today the people of the Kathmandu valley are popular for their craftsmanship. They were skillful in metal and wood works. The origin of those works was during the Lichchhavi period.

Most of the kings of Lichchhavi dynasty were fond of art and education. Therefore, there was a good development of language ,literature, astrology, Ayurveda, etc. Sanskrit was the major language. The

traveller Huen-Tsang had mentioned about Shabda Bidhya of Amshuverma which was mentioned in Sanskrit.

Videos for Art and Culture of Ancient Nepal 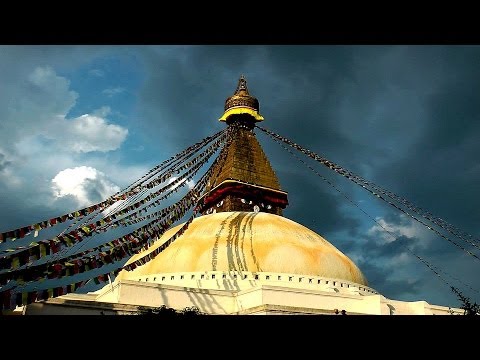 The certain behaviour, habits and the values which are passed on from generation to generation and become a way of life is known as culture. Art is the knowledge which is developed and created through the experience and which are able to express the feelings  in a variety of ways like drawing, painting, etc.

What is religious tolerance?

The construction of Mangriha, Kailashkut Bhavan and the temple of Pashupatinath are the three artistic work of Lichchhivi period.

What was the main language of an ancient period?

The main language of an ancient period was Sanskrit.

Who was Huen - Tsang? What did he mention in his account about Amshuverma?

Huen - Tsang was the Chinese traveller who came from the China. He had mentioned about the 'Shabda Vidya' which was written by the Amshuverma in Sanskrit was mentioned in his account.

'Lichchhivis were fond of art'. Justify.

Lichchhivis came to Nepal from the Vaishali (India) and began to rule over the  Nepal. The period of Lichchhavi was the very fruitful to Nepal. They made the drastic change in the history of art and architecture. They took art to the advanced level and they started to construct the big and artistic places, houses, temples, stupas, etc. They made Mangriha, Kailashkut Bhavan, the temple of  Pashupatinath, Changunarayan and the Buddhists Bihars of Ashoka. King Narendradev made a beautiful palace which was also mentioned in the Tang Description. The Chinese traveller also said that he had never seen a beautiful palace like Kailashkut Bhavan, which was built in Pagoda style which was a pure original Nepalese Art. The origin of skillful metal and wood works was also started in the Lichchhavi period. And the above description proves that the Lichchhivis were fond of art.

What were the skillful Nepalese sculpture made during the Lichchhavi period?

The skillful Nepalese sculpture made during Lichchhavi period are the image of Trivikram of Changunarayan temple, Harihar of Nakshal, image of Braha of Chandol, Dhumbarahi, Bijeshowri Bhagvati of Palanchok, etc.

Discuss about the reign of Mandev dynasty.

King Mandev of Lichchhavi dynasty had extended the territory of the Nepal and far beyond the Kathmandu Valley. Nepal became a dwelling place of different castes and creeds. The caste distinction started in the society and the division of the caste based on occupation brought specialization in skills, art and culture.

What do you mean by craftsmanship?

Craftmanship refers to the act of designing the art and making the handicrafts.

How can you say that the kings of Lichchhivis dynasties were interested in education?

Yeah, it is true that most of the kings of Lichchhivi period were fond of art and education. There was a good development of language, literature, astrology, ayurveda, religion and art. Sanskrit was the main language at that time. Amshuverma had written the book named Shabda Vidya which was also mentioned by the Chinese traveller Huen - Tsang which was written in Sanskrit. Not only the art and culture the Lichchhivis were also fond of dance, drama and song based on religion.