Our earth is the only planet known to have a life due to the presence of air, water and moderate temperature conditions. This note contains a description of different features and our earth.

Our earth is the only planet known to have a life. Life is possible due to the presence of air, water and moderate temperature conditions. The earth consists of five different layered parts-atmosphere, hydrosphere, lithosphere, mantle and core. The atmosphere is the bulk of air, primarily of nitrogen and oxygen, and surrounds the surface consisting of hydrosphere and lithosphere - the water and land masses respectively. Below them, there is the mantle and core. Studying its rocks, scientists have inferred that the earth is about 4.6 billion years old. Various hypotheses have been propounded on how the earth was formed. The scientists have unraveled that the earth like other planets was formed out of the solar nebula, a disk-shaped mass of dust and gas left over from the formation of the sun. Since its birth, the earth's surface has always been changing.

In the solar system, our earth is the 3rdplanet which is 149.6 million km from the sun. Our earth ranks fifth among the eight planets in terms of size. It is not perfectly round but elliptical in shape. Its equatorial region is spherical and poles are flat. The total mass of the earth is 5.972 × 1024kg. Its diameter is 12,742 km and the equatorial radius is 6,371 km.

Because of its round shape, only half of the earth gets the solar rays at once. The earth's motion on its axis, every twenty-four hours, causes rotation of days and nights on the two hemispheres. The earth is also inclined at an angle of 23.5° to its orbital plane. Due to such inclination, the two hemispheres are at different distance from the sun. When one hemisphere is tilted toward the sun, the other in tilted away. Only the equator in always at the same distance. Such inclination brings about differences in length of a sunshine hour and climate of the two hemispheres. You probably know the poles have a six-month day and a six-month night in a year.

The earth also moves on its orbit to go round the sun. The movement of the inclined earth on its elliptical orbit causes changes in seasons. Two opposite hemispheres experience two opposite seasons at a time. When it in summer in England. It in winter in Australia and vice-versa.

The earth in the wonderful home of millions of plants and creatures with many types and features. Its moderate temperate, atmosphere and abundant water have made life possible. Varied landforms and climate conditions have supported many biomes on the earth. An ecosystem has many habitat types which are linked by ecological processes. An ecosystem may be small, like the tree or a garden, or bigger like a forest, or bigger like the Himalayas or the Sahara desert, and the whole earth in one marvellous ecosystem sustaining life in a wonderful way. Many ecosystems have been undergoing damages caused by human activities.

Videos for Our earth 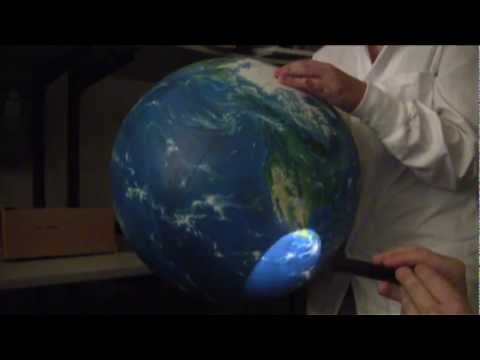 Earth's Tilt 1: The Reason for the Seasons 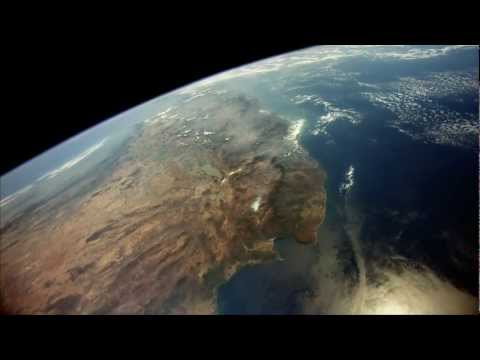 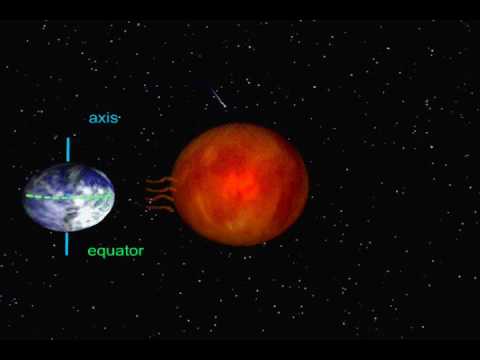 Why Earth Has Seasons

Write five oceans of the earth.

Pluto is not called a planet. Why?

Pluto looks like a small planet. until 2006 it was taken to be one of the planets. Closer studies made that year concluded that it was only a dwarf planet( as it crossed its path with Neptune and was not massive enough to be a planet) and was excluded from the list. Now there are only 8 planets in the Solar system.

How does latitude cause difference in temperature?

The temperature of a place depends upon its latitudinal extent. The low latitudinal places like the equatorial regions have high temperature whereas the high latitudinal places like polar regions have low temperature. In other words, the temperature goes on decreasing if we move to the north and the south from the equator. It happens so because on the spherical surface of the earth the central part receives direct rays of the sun but the poles only slanting ones. The direct rays are more intense, cover little area and cannot heat it well. For instance, Sri Lanka lying in low latitudes is hotter than Mongolia lying at high altitudes.

How does altitude cause difference in temperature?

Altitude is another factor influencing the temperature on the earth. As we go up every 165 meters high, temperature decreases approximately by 1ËšC. It is resulted from the uneven density of the atmosphere. The lower layer is thicker and has more air molecules to absorb more amount of solar heat. But the upper layers are thinner and have few air molecules causing poor absorption of the solar heat. Due to this, Birgunj lying in the Terai is hotter than Kathmandu lying in the hills.

How does distance from the sea cause difference in temperature?

Kathmandu is cooler than Chitwan. Why?

Sri Lanka is hotter than Nepal. Why?

Sri Lanka is hotter than Nepal because it is nearer to the equator.

The eastern Terai is cooler than the western one. Give reason.

The eastern Terai is cooler than the western one because it is closer to the sea (Bay of Bengal).

There is life on the earth. Why?

There is life on the earth because there are favorable conditions for life i.e. atmosphere, moderate climate and water.

The English celebrate the Christmas Day in winter while the Australians celebrate it in summer. Discuss why.

What would happen if our earth was not inclined and not moving?

Both halves of the earth have day and night in rotation as the earth moves on its axis. The revolution on its orbit causes changes in seasons. Because of its inclination, two opposite hemispheres have two opposite seasons. But if it was not inclined and not moving, only a half would always have day and another always night. Similarly, there would not be change in seasons either. Even on the side of the earth facing the sun, temperature conditions would not vary from the equator to the poles.

The monnsoon rain is both boon and curse to Nepalese people.Justify this statement.