Our lifestyle is influenced by our social aspirations which also determine the norms and values. Directly and indirectly, religion shapes our rites and rituals, feasts and festivals, offerings and worships. This note contains the description of our social custom and traditions.

Our lifestyle is influenced by our social aspirations which also determine the norms and values. Directly and indirectly, religion shapes our rites and rituals, feasts and festivals, offerings and worships. Religion should not be interpreted only from its superstitious elements. The mode of religious life may sometimes be superstitious but the goal is always sacred. People's involvement in religious activities of worships, offerings, meditation etc, helps in bringing satisfaction, mental peace, discipline and spiritual freshness. Our customs and tradition are spiritual freshness. Our customs are traditions are offshoots of religion. Social aspirations are also expressed in such customs and traditions. Originally our customs and traditions had some scientific implications but over the turns of times, superstition and negativity entered which needs to be discarded.

As per diverse physical environment and ethnicity of Nepalese society, customs and traditions are very many and extremely varied. As you probably know kumari puja is distinctly a Newari observation as Maghi is that of Tharus. Rais, Undhauli and Unbhauli, Gurungs, Rodhi, Tamangs, Lhosar, Terai people's Chhath, Gaura Parva in far-west Nepal and Bisket Jatra in Bhaktapur along with many others are special for specific communities or geographical areas. Below are brief accounts of three of such customs and traditions.

Whether they are Hindus or Buddhists or Rai communities of Nepal, have preserved their distinctly rich cultural life. Rais are further divided into several ethnic groups like Bantawa, Athpahariya, Thulung, Kulung, Khaling and Bangdel. Their religious devotion is high and the customs and traditions are distinctive. Marga puja is a typical worship practice of Athpahariya Rais who originally lived in Dhankuta district. Marga is their main deity which they worship three times a year. But when they have special bhakals (promises) they need to worship extra than three times. Sacrifices of pigs, chickens are given and grains are also offered to the deity. In their Marga puja of Kartik or Mangsir, the Rais perform dances to the music of dhols and jhyamtas.

Fasting is a common way of religious observance in Hindu culture. It is very important among the Awadhi women of western and mid-western Terai districts like Nawalparasi, Rupandehi, Kapilvastu etc. The women show complete devotion to their religious beliefs and traditions. They observe fasting on the occasion of Nag Panchami, Yama Dwitiya, Dipawali etc. Fasting is accompanied by personal and household cleanliness, meditations, worships, and telling stories and singing songs about the deity they are worshiping. Fasting is also observed for special fulfillment. Unmarried women wish for good husbands and married women pray for the peace, happiness and prosperity of their husbands and children. But fasting without water and fasting when diseased and weak should be discouraged because it causes serious harm to the health.

Masta system of worship is famous among the Khas people of Bheri, Karnali, Seti and Mahakali zone of the midwest and far-west Nepal. Masto is their main deity but with no specific image. Dhami himself turns into Masto when he acquires divine power. Then he begins to dictate things. Masto dhami performs several miracles like immersing hands in boiling oil, breaking an iron wire etc. These days, Masto system is declining due to outside influence. Still people worship as the main family deity by those Khas people.

Videos for Our Custom and Traditions 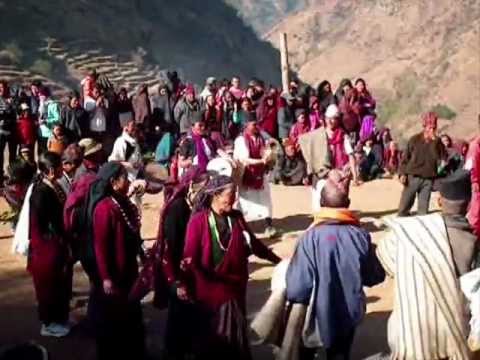 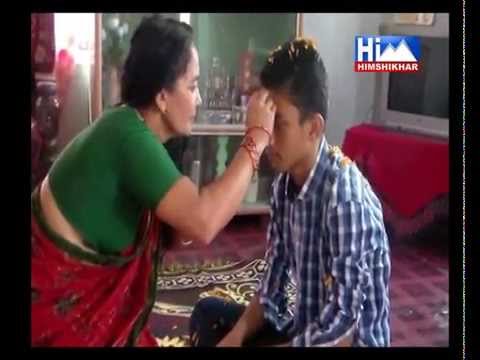 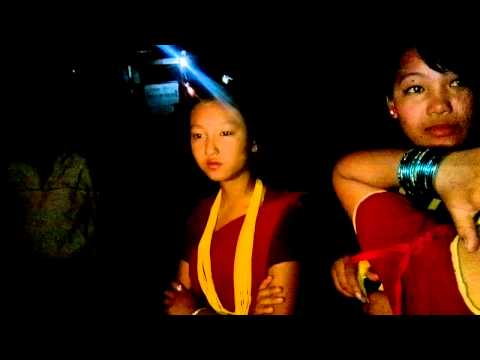 One of the tradition of nepal (hura nach)

What are the advantages of religious practices?

The advantages of religious practices are as follows:

Make a list of rites and rituals your community observes from birth to death.

The list of rites and rituals my community observes from birth to death are listed below:

What maybe the positive and negative aspects of masta puja and fasting?

The positive and negative aspects of fasting are listed below:
Positive effects:

Hindus make sacrifice of animals to their deities. Do you like this practice or you suggest reformations?

Why and how should we preserve and promote our customs and tradition?

Do you see the need of improvement in the fasting tradition of women in the Awadhi society? Write.

The fasting is rooted in the Awadhi society of mid-western Nepal. In such activities, women only are allowed to participate. As it is a male dominant society, women have to fast for the betterment and long life of their husband. It is a superstitious practice. Women cannot get any fruitfulness from it. It is against the principle of social justice. Women have to raise their voice for the elimination of such practice and they should understand that hungry and difficult situations could never bring prosperity for anyone. It should be understood that prosperity and luck will be with having employment, opportunity and labour. As women are unified to observe such festivals, they should be unified and effective with participation to change the society drastically. Women themselves should be role model and they should create awareness programme in the society.

Give a short introduction of Aath Paharia Rais with special reference to margapuja.

The main residence of Aath Paharia Rais is Dhankuta district, the eastern hills. Aath Paharia Rais worship marga as their biggest god. They worship marga thrice a year appropriately in Baisakh, Bhadra and Ashoj or Kartik/Mangsir. In this pooja, pigs, hens are sacrificed and new crops are offered. After the pooja, some musical instruments are played and dances are performed. If special offer is committed to the god, marga is worshipped.

You may have friends from various religious communities. By asking them write the major activities done in the different religions they follow.

There is one of my friend who is Muslim. He said that there are different other festivals in life except Id. During these festivals, people perform fasting and observe Rojas. On the last day of observing Roja they read "Namaj" and entertain with loads of feast. The main characteristic of this festival is to stay for "Roja". It is celebrated daily for a month. It is their greatest festival. In this way, Bakar Id is the second greatest festival. It is celebrated only for three days in a month. People eat sweet things and wear new clothes. Maraj, Moharam etc. are other important festivals for Muslims. Women of muslim community are given less priorities for any work. They are extreme believer in their religion. They may bit their life for their religion. Mainly, the Muslim community is divided into two tribal community, Siya and Sunni.

Chhath is one of the important festivals observed in eastern Terai. It falls in Kartika shukla paksha asthami. It is celebrated by having partially sunk in the nearby river or pond before the sunsets and rises. They worship the first rays of the sun. Some celebrate it with difficulty as crawling and getting into the river or pond might not be easy task for them to do. They have the belief that if they practice the festival in this way, they can get their desires and wishes fulfilled. They emphasize on freshness and purity or holiness. In this festival, relatives and neighbors are invited and fed in the feast. It is observed with greater importance in Terai. So, Nepal government has declared the public holiday in Terai during its celebration.

If you know about the Marga puja of Aathapaharia Rai, write any two of its evil practices. Mention any two scientific measures to pray this puja.

Marga puja is celebrated by Aathapahariya Rais of Dhankuta district. They worship this puja three times a year. While celebrating it I have found two evil practices of it, they are:

Any two scientific ways of celebration of Marga puja are :

Name some of the rites and rituals observed in your community with short introduction of each.

The rites and rituals observed in my community are presented below:

How do you opine the tradition of fasting by awadhi women?Give suggestion on what kind of timely reform should be made .

Give suggestions on what kind of timely reform should be made in awadhi society.

How do you feel about the tradition of animal sacrifice in our temples and religious sites?

what is social problem?

It is the malpractice prevalent in the society.

Describe the peculiarities of the traditional architecture of our country