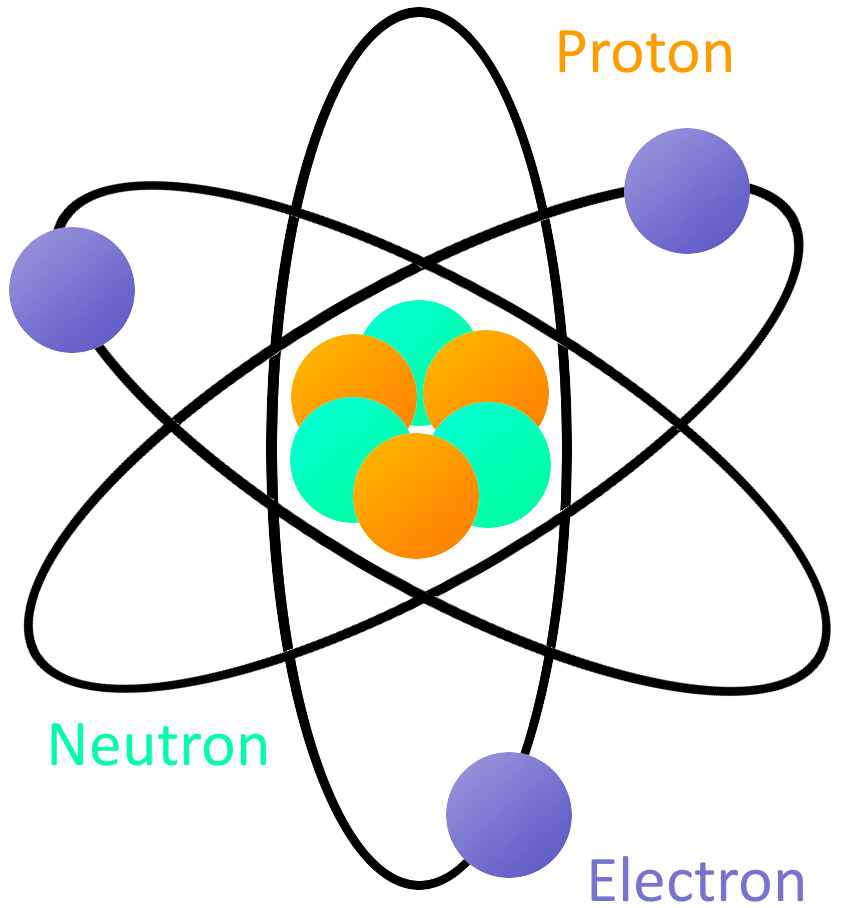 An atom is a particle of matter that uniquely defines a chemical element. An atom consists of a central nucleus that is usually surrounded by one or more electrons. Eachelectron is negatively charged. The nucleus is positively charged and contains one or more relatively heavy particles known as protons and neutrons.

A proton is positively charged. The number of protons in the nucleus of an atom is the atomic number for the chemical element. A proton has a rest mass, denoted mp, of approximately 1.673 x 10-27 kilogram (kg). A neutron is electrically neutral and has a rest mass, denoted mn, of approximately 1.675 x 10-27 kg. The mass of a proton or neutron increases when the particle attains extreme speed, for example in a cyclotron or linear accelerator.

An early model of the atom was developed by the physicist ErnestRutherford in 1912. He was the first to suggest that atoms are like miniature solar systems, except that the attractive force is not caused by gravity, but by opposing electrical charges. In the so-called Rutherford atom, electrons orbit the nucleus in circular paths. Niels Bohr revised Rutherford's theory in 1913. In the Bohr atom, the negatively charged electrons orbit the nucleus at specific median distances. These distances are represented by spheres, called shells, surrounding the nucleus. Electrons can move from shell to shell. When an electron absorbs enough energy, it moves to a larger, or higher, shell. When it loses a certain amount of energy, it falls to a smaller, or lower, shell.