Laxmi Prasad Devkota was born on November 12, 1909 and died on September 14, 1959. He is also callled MAHAKABI. This Note contains brief biography of Devkota.

Laxmi Prasad Devkota was born on the night of Gai Puja, the day when all hindus worship goddess Laxmi (God of Wealth). Considering this as an blessing, his parents named him after the goddess Laxmi. But he was blessed by Saraswati (Goddess of knowledge). It is believed that Saraswati is displeased if a person is wealthy. On the other hand, Laxmi is not inclined to grant favors to those whose main pursuit is learning. It became true in the life of Devkota because he lived as "Mahakabi" but died as a poor man.

Devkota was born in Dillibazaar, Kathmandu, in 1909, when the country was ruled by the Rana's. The Rana administration was not enthusiastic about educating the masses so, Devkota's parents had to face many difficulties in arranging his admission at Durbar High School (Only school in kathmandu at that time). Devkota wrote his first poem at school. He was considered to be a quiet student who preferred reading and writing. He was an excellent student and was married at the age of fifteen while he was still at school.

After graduating from school with high marks, Devkota joined Science at Tri Chandra College in 1925 where he started readind English poetry and literature. Writers of the romantic era were a particularly strong influence on Devkota and he incorporated some of their themes in his work. Devkota completed his Intermediate of Science degree and switched to arts. He received his bachelor degree in arts in 1929 and went to Patna, India and was impressed by the libraries he saw there. He and his friends then wrote a letter to the Rana prime minister requesting permission to open a library in Kathmandu. Since the administration took a dim view of providing uncensored information, Devkota and his friends were put in the prison. They were released after paying heavy fines.

In 1931, Devkota went back to Patna on scholarship hoping to study English for his Masters degree. But seats were not available so he studied for the Bachelor of Law degree instead. After he received the degree, he returned home and felt the first shocks of poverty that would trouble him for the rest of his life. Despite tutoring to supplement his earning, sometimes for fourteen hours a day, financial problems never left him. Muna Madan was among the creations of this time. The book challenged Sanskrit scholars who dominated the Nepalese literary scene. While these scholars determined good poetry as those following the Sanskrit form, Muna Madan was based on the jhaurey folk tune. The book received recognition from the Ranas and a significant purse of Rs. 100.

The mid-thirties were a terrible time for Devkota: his mother, father, and a two-month old daughter died within two years. Devkota was never a smoker at school or college, but when he learned to smoke, he became a chain smoker. He was exceedingly nervous and began to complain that everything hurt him. His brothers were worried enough to put him in a mental hospital in Ranchi, India, for five months in 1939.

In 1943 Devkota was selected to represent writers in the Nepal Bhasanuwad Parishad, a state organization that acted as a censorship board. He wrote a lot during this time and tutored for long hours. He complained that people asked him for a thirty-two hour day. He wrote his first epic, Shakuntala, in three months. It is said that Puskar Shumshere Rana challenged him to write another epic in thirty days and Devkota responded by handing him the manuscript of his second epic, Sulochana, in ten days. Both epics are considered among the best works of Nepalese literature. Most of his work was unconventional. He had a habit of inventing new words to suit his poetic requirements. At times his more conservative colleagues resented his taking so many liberties with the language. Devkota became a professor at Tri-Chandra College in 1946. He left Nepal without any obvious reason and worked in exile in Benaras, India. He was editor of Yugbani, an opposition paper. He also wrote Pahadi Pukar, a book that addressed peoples poverty in Nepal. The book was banned in Nepal.

The Ranas invited him back to the country. After the democratic movement was successful, he helped publish Indreni, a bilingual journal, and was a part of the influential Royal Nepal Academy. Financial troubles followed him throughout these years. Part of the problem was his generous nature. He gave money to people who came to him with hard luck stories. One cold winter day he gave the coat he was wearing to a beggar shivering at the roadside.

Even as he was having financial worries, he was getting high appreciation and by 1957, he had become minister of education though he was an active politician. At this time he suffered from what doctors at first thought was gastric ulcer. By 1958, cancer was diagnosed and since Devkota did not have enough money (his salary was held back by the Royal Nepal Academy for visiting the former USSR as a representative of writers without informing the king), King Mahendra gave him Rs. 5,000 after complaints in the local papers and the Indian Embassy provided air transportation for him to go to India for treatment. Three inches of cancerous color was removed.

Devkota knew before his death that the end was approaching and stayed up late into the night to continue his writing. He wrote to a friend while he was in Santa Bhawan Hospital, Death stands before me. I search for constellations in the sky but can find none. I cannot give peace to myself. If I could rise, I would kill myself and my children.

There was much pain towards the end of his life and perhaps this explains his bitterness. So that was how, even though everyone appreciated him, Devkota died in 1959 in sorrow, thinking that he achieved nothing. He asked that Muna Madan be preserved even if all his other works faded away. Muna Madan is the most popular of Nepalese works today and though Devkota felt himself a beggar towards the end of his life, he is revered by his country people as a god of Nepalese literature. 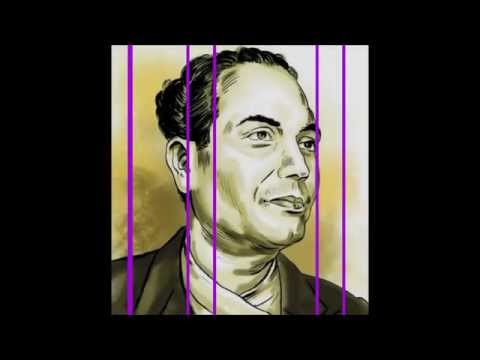 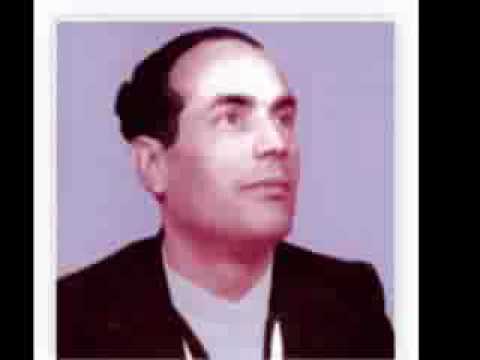 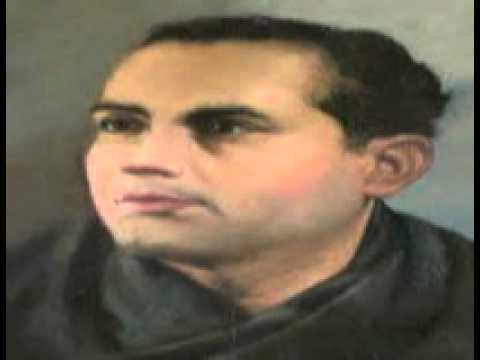 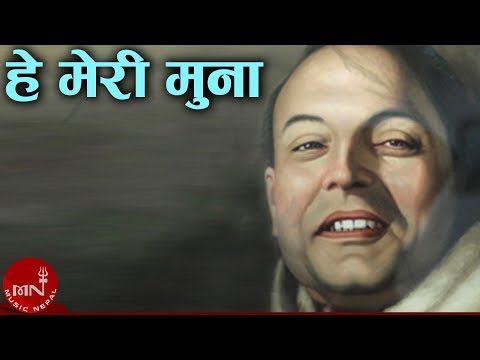 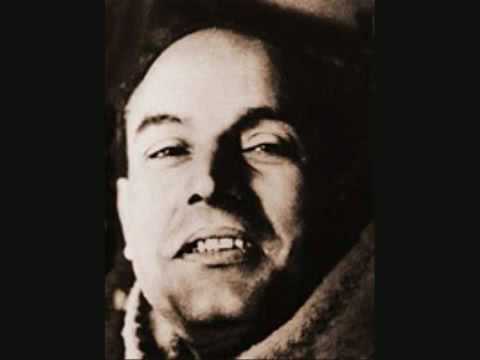 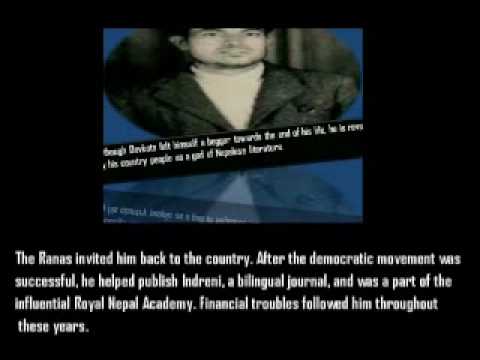