It is an input device and contains alphabet from a-z, digit from 0-9, with special character like !, @, #, $, %, <, >, / etc. when a key is pressed, an electrical signal is generated which is detected by keyboard encoder. Keyboard encoder is a special IC chip which generates the binary code in the form of ASCII (American standard Code for Information Interchange).

Optical mouse uses the principle of reflection of light to move the crosser at required position on screen. (LED) A light emitting diode on the bottom of the mouse directs a beam of light reflected back into the special pad having a grid of alternating lines. Pulses are generated which is used to report mouse moment to processor.

This device converts any document or photos into digital image. A scanner digitizes anything as an image i.e. divided into grids of small dots called pixel and represent each dot with red, blue, green color. The resulting matrix of bits can be stored in file and can be displayed in screen. It uses a light technology to read the I formation recorded in paper using light source and light senser.

Bar-codes are the vertical line of varying thickness and spacing between them to indicate desire information. The devices which reads the vertical lie is called bar-code reader which converts each line into electrical signal. The most commonly used bar-code is Universal Product Code (UPC). The UPC code uses a series of vertical bars which are represented as 10 digit. The first five digit represent as supplier or manufacture and second five represent the product name.

It is an input as well as output device which is used to select required command botton on the screen. The screen are made from pressure sensitive material like mylar, piezo electric material etc. In case of piezo electric material, when user presses the required position there is change in capacitance which is sensed by the device. Similarly, In case of mylar material each sheet contains rows of invisible wires. The sheets are pressed in such a way that wire runs horizontally in one sheet and vertically on other. When user applies pressure on screen, the wires may get contact at the point and circuit is closed. This is sensed and sent to the processor.

We can input data and instruction to the computer by our voice without using keyboard. Some computer also use voice recognization system. In voice input system, in speech is converted into electrical signal by use of microphone. The signals are sent to processor for processing. The signal pattern is compared with the pattern already stored in memory. A word is recognized only when a correct match is found and then computer gives corresponding output. 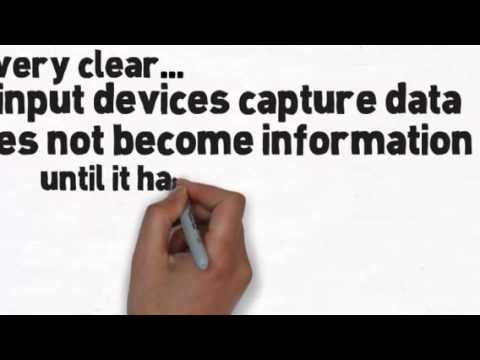 An Introduction to Input Devices 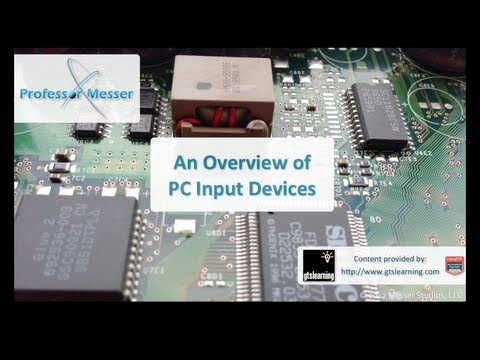