We have many problems in our society.Efforts have been made for the social reformations in the country from time to time This note contains a description of Efforts made for Social Reformation.

We have many problems in our society. Some are traditional ones that have remained unsolved and others are caused by population growth, scientific advancements, foreign influence and so on. Efforts have been made for the social reformations in the country from time to time. The following paragraphs briefly describe those efforts over different time periods. Efforts were made for social reformations even in the early time. King Jayasthiti Malla with his code. 'Manusmriti' had divided people into different castes as per their occupations. This division though sounds unfair now, was valuable in those circumstances and could bring a good social order. He had also improved justice administration; and trade and business. Efforts were made by Ram Shah, a king of Gorkha, to improve judicial system in his kingdom. One proved guilty of bribery was banished and laws restricted accusations of witchcraft. Capital punishment could be given to murderers. Ram Shah established so efficient system of justice administration that people used to say, 'If you lose justice, go to Gorkha.' Bhimsen Thapa, the first prime minister of unified Nepal, had tried to discourage the sati pratha along with other evils of the Nepalese society. King Prithvi Narayan Shah's activities and his divine counsels particularly had very positive implication for social reformations and development of nationalism in the successive eras. Despite their despotic natures, Ranas are remembered for their valuable efforts of social reformations. Through his 'Muluki Ain', the first law of the land, Jung Bahadur maintained social order and ensured judicial reformations. The law brought legal uniformity and rigorous punishments such as mutilation of criminals were restricted. Efforts were also made to curb bribery, sati system and slavery. Dev shumsher, who was known as the most liberal of all Rana prime ministers, established about 150 schools throughout the country-50 in the valley and 100 elsewhere outside. Chandra Shumsher abolished slavery and sati pratha by law. He managed to rehabilitate thousands of slaves set free in Bikshyakhori in Bara district, now known as Amlekgunj.

Efforts following the advent of democracy The revolution for democracy that could successively overthrow Rana autocracy brought about incomparable public awakening. Rulers afterwards were dedicated to making substantial social reformations. Land reform programmes were made in 2016 BS but due to political reasons they could not be implemented. Later in 2020 BS with the amendment of the Muluki Ain, the state tried to ensure that everyone was equal in law so that publishment dependent solely on guilt and the nature of the crime, and not on caste, religion, age or sex. The act controlled child marriage, old age marriage to young girls and polygamy. Divorce and widow marriage were allowed. It was a step towards giving women more equality as rights in partners in marriage. Similarly, land reform of 2021 BS fixed the maximum limit of the land one could own. Unfortunately, this could not be fully be put into practice. New Education System Plan 2028 BS tried to reform the existing education system that was predominantly a lot of a political and social awakening among the general public. It made the Panchayat government more committed to social reformations.

You know both People's Movement 1 of 2046 BS and the Maoist revolt of 2052 BS were directed towards social reformations along with political ones. The 2047 constitution enshrined more fundamental rights to people and set forth directives and policies for promoting welfare state. Important legal managements could be made for women empowerment and against child labour exploitation. In 2057 BS parliament decisions came for the emancipation of Kamaiyas (bonded labourers) of Mid-west and Far-west. But due to lack of political commitment, their rehabilitation is yet to be accomplished.

The Popular Movement II of 2062/63 has brought substantial changes in the aspirations of the state. The Historical Declaration of the House of Representatives 2063 immediately after the movement got success, declared Nepal a secular state. It also eased the procedure for acquiring citizenship. The Interim Constitution 2063 BS, promulgated on 1st Magh 2063 BS, has given institutional recognition to aspirations of the state for social reformations. It has made provision for social justice and federal state, responsible government, efficient legislative, religious tolerance, gender equality and so on. As a result, the state has adopted policies to encourage the development of women, dalits, janajatis and other disadvantaged groups of people. Our forthcoming constitution is expected to all the more just and democratic.

Nepal is getting enthusiastic support from external world in its activities for social reformations. Many international organizations and INGO's are providing technical and financial assistance. The role of UN agencies such as UNHCR, UNFPA, ILO and UNICEF along with that of the INGO's like Action Aid Nepal, International Nepal Fellowship. NORAD, DANIDA, SOS, and many others are important. They work to coordinate with Nepali government bodies and NGO's working in the field of social reformations.

Videos for Efforts made for Social Reformation 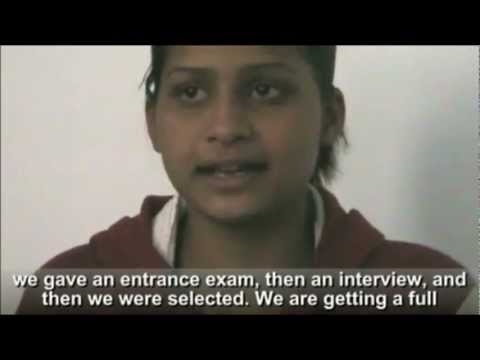 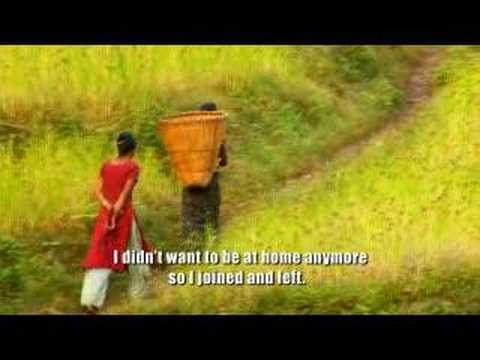 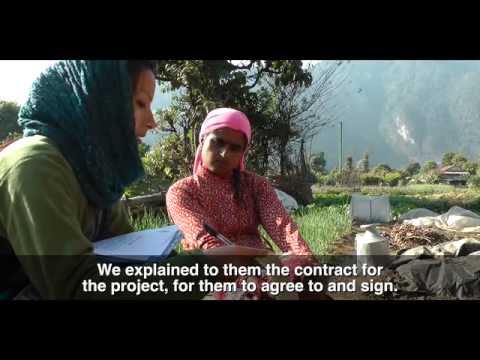 Now caste discrimination is considered so bad. How would the caste divisions made by King Jayasthiti Malla be a social reform?

King Jayastiti Malla with his code 'Manusmriti' had divide people into different castes as per their occupation. This division, though sounds unfair now was very valuable in those circumstances and could bring a good social order.

Try to make a list of social reforms of King Ram Shah.

The bonded laborers set free in 2057 BS are yet to be rehabilitated. Try to find the problems behind it.

The bond laborers set free in 2057 BS are yet to be rehabilitated. The problems behind it are the lack of political commitment and promoting welfare state their rehabilitation is yet to rehabilitated.

What are the provisions made by the Interim Constitution of 2063 B.S in the area of social reformations?

Provisions made by the Interim Constitutions of 2063 B.S in the area of social reformations has made provision for social justice, inclusive , and federal state, responsible government, efficient legislative, religious tolerance, gender equality and so on. As a result the state adopted policies to encourage the development of women, Dalits, Janajatis and other disadvantaged groups of people.

Make a list of as many foreign agencies and organizations as you can, that have been involved in social reformation.

Many international organizations INGO' are providing technical and financial assistance. Some of the organizations involved in social reforms are:

Despite so many efforts made, many of our social problems still remain unsolved. Discuss in groups what needs to be done to make such efforts fully effective and successful.

How can you show your effort to solve corruption in your country?

Corruption is a vital social problem in our society. To solve this problem we should:
a. Government's work should be transparent .
b. Strict and hard punishment should be maintained, etc.

Why is the caste system introduced by Jayasthithi Malla as a social reform?

Jayasthithi Malla divided the caste system based on works. His divisions on caste system were taken as revolution that time although it has no good consequences at present. It was taken as common that happiness and prosperity would be prevalent if tradition occupation is followed. It was clear in medieval period but it became so puzzling. It was problematic between migrants and nature dwellers in regarding to the professionals. Paying attention to some such extents, Jayasthithi Malla divided to people based on their works. Due to this, there could not be any quarrelling. Therefore, it was said to be greater social reforms.

What do you mean by Sati System?

The system where the wife has to die in Chita with the dead body of husband is called Sati System. If the wife rejected to burn in Chita, she was badly beaten and compelled to burn herself. In the death of Yognarendra Malla, 31 women had to burn and die with him. This sort of inhuman system was eradicated by Chandra Shumsher.

"Muluki Ain of 2020 BS had the concept of revolutionary social reforms". Do you agree with this statement? Explain.

Muluki Ain was a revolutionary concept of social reformation in the history of Nepal, for the first time it was legally mentioned to avoid untouchability. It was banned on child marriage, polyandry, polygamy etc. legally. It legally generalized to widow-marriage and court-marriage. If it could be legally implemented even in that time Nepalese society could be reformed in the full fledge. So, it is said that it was a revolutionary social effort to bring reformation.

Are any international organizations providing any kind of services in your community? If yes, what are they doing? How much money has been spent in the project? What have they achieved from it?

Scouts has been helping and providing many kinds of service in my community. There is junior Scout in my school. I am also member of this organization. We collect fund from our parents and school and use that. Sometimes we get help from social workers and other organizations as well. We have constructed a toilet in our school with that fund. This organization also plays an active role in controlling the mass of Halesi in Shivaratri and Ramnawami.

what is sati system?