Australia is the smallest continents. It is six times smaller than then Asia three times smaller than North America. It is an island therefore , it is also called Island. It has the least population. The driest and the least populated continent another name of Australia. It lies in the Southern hemisphere.The topic of Capricorn passes through. It lies between 144oE to 154oE.longitudes and 10oS to 40oS latitudes. It also provides the information about the

Australia is the smallest continents. It is six times smaller than then Asia three times smaller than North America. It is an island therefore , it is also called Island. It has the least population. The driest and the least populated continent another name of Australia. It lies in the Southern hemisphere.The topic of Capricorn passes through. It lies between 144oE to 154oE longitudes and 10oS to 40oS latitudes.It occupies the total area of 76,82,300 sq.km. its east to west length is 3,840 km.capital cities of Australia is Canberra.it is surrounded by ocean on all sides. there lie, Timor and Arafura seas to the north the Coral sea to the north-east the pacific ocean and Tasmanian seas to the east and the Indian ocean to the south and west.New Zealand the south-east and the small island of Indonesia in the north are the nearest neighbours of Austrailia .

Australia can be divided into three physical regions. They are as given below:

The Eastern Highland reason of Australia is the highest part of Australia being series of hills, Mountains and plateaus.The highland stretch for 3000km parallel to south the distinct height of the highland is 900 m from sea level.

The eastern highland is known as the great dividing ranges, further subdivided into a small range. ranges includeNew England plateaus, the Australia Alpes, the snowyMountains and the Grampian mountains.similarly, Australia's tallest snowy mountain is found in the eastern highlands. It is Mt Kosciusko, which is found in New south Wales in the Australia Alpes,Mt. Kosciuskostands at 2,228m.

The central lowlands extend from gulf of carpenteria in the north to the encounter bay in the south.the central lowland are very dry because of rainfall blocked by the eastern highlands. The Simpsons Desert, which extends from 170,000km2 in the central lowland. The largest salt pan (lake) in Australia, lake eyre is found in the Simpson Desert. Flanders range is located about 1100 km north of Adelaide and extended for 800 km.Its tallest peak st mary peak is 1171m tall.This mountain range was created through faulting. Similarly, the central lowland can be divided into three division. The Carpentarialowland, the lake Eyre Basin and the Murry Darling Basing.

The western plateau is the low flat area that has been eroded over a million of the year.It approximately covers two third of the continent it lies in the western parts of Austraila eventually ,the nullar or plain found in southern part of the western plateaus lies here. The western plateau is also home to many deserts. due to the cold currents of the coast this region is very dry some of the deserts includes-The GibsonTanami Canning, Great Sandy, and Grate Victoria etc.

Australia has hot and wet summer and cool and dry winter in the northern belt called the monsoon climate. The hot, wet summer and warm with little rain in winter of the south-east parts of the continents is known as the tropical climate. similarly, very hot and dry summer in the side of the western plateau is called the tropical desert climate. In the same way, there is Mediterranean climate with hot and dry summer and cold, wet winter in the south-east and west. Ther is also eastern types of climate with moderate rainfall the temperature climate in the east.

We can found various types of vegetation in Australia. Some kinds of natural vegetation of Australia are given below:

Tropical Vegetation:We can found this types of vegetation in Northeastern coast and the coast of Queensland. We can found here trees like bamboo, birch, palm and cedar etc.

Temperate Grasslands:Temperate grasslands are found in the southern belt of the tropical vegetation. It receives less rainfall so it has scanty shrubs and short trees. The grassland found in Australia are called Downs.

Tropical Grasslands/Savanna:Savanna grasslands are the largest grassland of the world. It is found in the Murray-Darling basin of the Australia. Because of huge pasture land, people engage in animal husbandry and cattle rearing.

Mediterranean Vegetation:This types of vegetation are mostly found in the southern part of the Australia. We can found trees like Eucalyptus, rubber, karri, jarrah etc.

Desert Vegetation: This is the dry vegetation found in the western plateau. Plants are found having the throne in it, like acacia, salt-bush, mallee, cactus etc.

Videos for The Physical Features of Australia 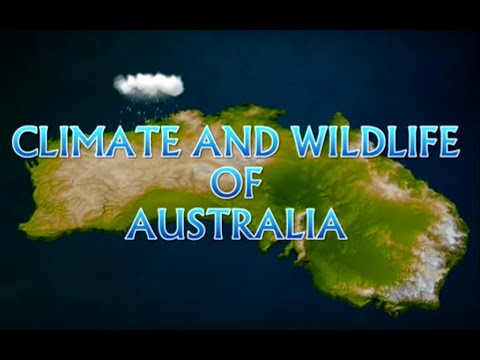 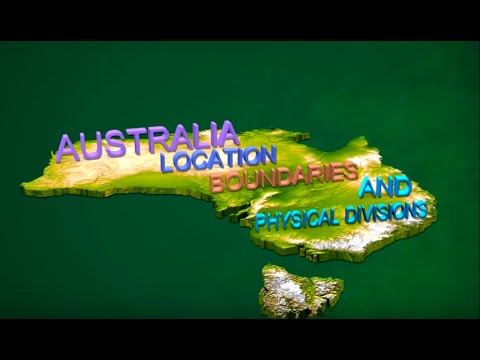 The physical features of Australia