Nepal has wonderful variation in its landform and climate conditions. Owing to such variation Nepal also possesses a diverse type of natural vegetation ranging from the sub-tropical evergreen forest of the Terai belt to the pine forest, mountain grassland and tundra type of Himalayan Region. This note provides the information about diversified geographical features and lifestyle in Nepal.

Nepal has wonderful variation in its landform and climate conditions. Owing to such variation Nepal also possesses a diverse type of natural vegetation ranging from the sub-tropical evergreen forest of the Terai belt to the pine forest, mountain grassland and tundra type of Himalayan Region. This means Nepal has varied climate and vegetation as its landform conditions. Nepal's climate is highly influenced by monsoon.

The Terai Region is leveled alluvial plain. It has easier facilities of irrigation so people there are involved in the cultivation of tropical and subtropical crops like paddy, mustard, tobacco and sugarcane. Due to hot climate, as many as three crops a year are possible. Large-scale industries like sugar factories, cigarette factories provide a good market for the agricultural products. When monsoon rain is timely, an agricultural yield is high. When it is not reliable or excessive farmers suffer drought or flood and landslide in the Terai and the hills.Agriculture is possible on the terraces of the hills slopes of the central belt of Nepal due to adequate monsoon rain it receives n summer. Its collar climate situations are favorable for the cultivation of varieties of crops including types of fruits like the citrus ones. Grass obtained from hillsides, community forests, and marginal land support some animal husbandry.

The Himalayan Region has harsh climates and difficult land topography. The surface is steep and soil is rocky and infertile. Very little area (only about 4%) is under cultivation. When it is possible crops like buckwheat, potato and fruits, mainly apple are cultivated. Only one crop a year is possible due to very cold climate. Animal husbandry is a popular economic activity due to extensive pasture lands available there. Houses are small and are made up of locally available stones and mud. Buckwheat and millet dhindo and potato are a stapled diets. People wear very warm clothes made up of wool locally available from the sheep and goats. Owing to cold climate conditions, their food also comprises alcohol.

Facilities of transport and communications are highly extended in the Terai Region, as the land topography, there is leveled and comfortable. Large-scale industries are well-distributed. Non-agricultural jobs like those in trade, business and service are also possible. The hilly region has less extended facilities and job opportunities due to its more comfortable hilly structure than that of the Himalayan Region. Socio-economic conditions are most difficult in the Himalayan Region. Development infrastructure has not reached most places. But high mountains with very cold and snowy conditions have attracted people from throughout the world for mountaineering which has bought several job opportunities to the people of this region.

Videos for Diversified Geographical Features and Lifestyles in Nepal 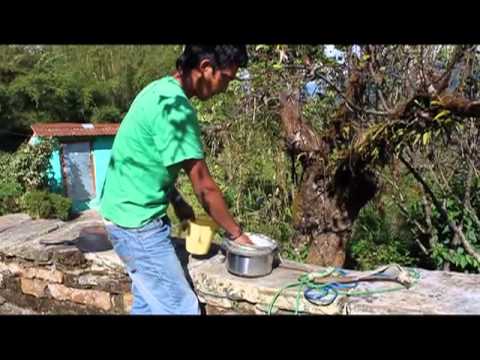 A Day In The Life of Puma, Nepal, a Remote Village in the Himalayan Mountains

How many percent land of the total cultivable land is irrigated in Nepal?

25% land of the total cultivable land is irrigated in Nepal.

What is the relationship between the physical diversities and climatic variation in Nepal?

There is difference in the physical diversities and climatic variation in Nepal. Nepal is physically divided into Terai, inner Terai, hills and Himalayan region. These regions represent peculiar characteristics in climate. As Terai is situated in low altitude, it is hot. In some way, it is warm in hilly region and very cold in Himalayan region. There is different life style in each natural region. Due to geographical diversities, each region has different possibilities of development.

Select the major crops of each geographical region and mention the geographical condition required for its production.

Prepare an editorial for a news paper about the crops and their problems.

Crops in My Community and Problems of Farmers

Paddy, maize, wheat, millet; oil seeds, potatoes etc are the main crops of my locality. Maize is planted in Jyestha month and paddy in Asaar. But sometimes there is less production if the water level decreases in its origin. If there are not any irrigation facilities, farming will be done depending on monsoon rain. There is potato plantation in Kartik and Mangsir month. Although the farmers work hard during farming, their potato production will not be large enough. Such crops will be sold within no time in the market.