After the kot massacre in 1903 BS, Nepal was ruled by hereditary Rana prime ministers who came to power according to rules of succession and exercised absolute power. Kings were a puppet in their hands. With life blood support from the British East-India Company, they tried to sustain their rule with suppression of public freedom and strong control over education and outside influence. Mostly their reforms were either for gaining public support for their autocratic rule or for enlarging their luxury. Various circumstances had led to the rise of Rana Regime, as those described below:

The era after Prithvi Narayan Shah was characterized by power politic and conspiracy. Pratap Singh Shah ruled only for about 3 years and then came his 3-years old son Rana Bahadur. The army commanders who came back from the battlefield indulged similarly after the Anglo-Nepal War. Such political instability paved a way for the rise of the dictator, Jung Bahadur.

From the early time, Jung Bahadur's family was in touch with the palace. His grandfather Ranajit Kunwar was killed in the battle of Kangada and his father Balnarsingh Kunwar was a bodyguard of king Rana Badahur Shah. Balnarsingh Kunwar had killed Sher Bahadur Shah, the murderer of Rana Bahadur Shah. He was appointed the chief of Dhankuta, Dadeldhura and Jumla in different time periods. Jung Bahadur in company with his father got the post of lieutenant. Later he got the post of a captain from king Rajendra. He had also worked as a private secretary to the crowned prince, Surendra Bikram. Following the murder of Mathabar Singh committed by him, his popularity grew all the more in the palace.

Following the Sugauli Treaty of 1873 BS, Nepalese politics was highly influenced by the English ambassadors. Pandeyand Rana's were instigated against Thapa, particularly Bhimsen Thapa by the two queens of the king Rajendra as well as the English. Ranas who came to power with the English support knew that they could sustain their autocracy as long as they could please the English. To win the confidence of the English, Rana'sgave valuable military support to British to suppress Sepoy mutiny and to win the two world wars. It is not merely a coincidence that Rana autocracy was thrown following the independence of India.

4. Nuptial relation with the royal family

In order to strengthen relation with the royal family, Jung Bahadur married Prime Minister Fattejung Shah's sister Hiranyagarva Kumari. To further tie up the relation, marriages of his sons Jagatjung and Jeetjung wee arranged with two princes of king Surendra. Later he gave away his two daughters in marriage to prince Trailokya. These relations helped Jung Bahadur to rise to stately social status and he could get more power in his hand.

King Surendra was a puppet in the hand of Jung Bahadur. Through the approval of 24th Shrawan, 1913 BS, he made Jung Bahadur the King of Lamjung and Kaski (Shree Teen Maharaj). Now Jung Bahadur could exercise very important executive powers including appointment and dismissal of officials, infliction of punishments and formulation of laws.

Rana regime was established at the cost of many innocent lives and it was doomed to fail. Ordinary people from the very beginning had developed hatred and distaste for the system though they couldn't bring it out easily. Rana autocracy could eventually be overthrown by an armed revolution in 2007 BS.

The following are the major factors behind the downfall of the autocratic system.

Conspiracies for power among the kith and kin of the Rana became a major characteristic of the period. Opponents from Jung Bahadur's own family hatched plots to blow him but in vain. Badrinarsingh, one of his brothers, tried to kill him. After his death sons of Dhirshumser (His own half-brother) wiped his sons away and changed the roll of succession in their favor. Ranoddip, who succeed Jung Bahadur was assassinated while in office. Jung bahadur's son Jagat Jung had also made efforts to rise to power in 1938 BS.

Exclusion of C-class Ranas from the role of succession

As an effort for limiting the role of succession in favor of his family line, Chandra Shumsher categorized Ranas into A Class (Those born from ordinary marriage relations), B-Class (Those from without marriage relations), C Class (Those from illicit relations) and declared the C class out from the role. Those excluded would naturally try to destroy those in power to recover their positions. Subarna Shumhser, an excluded, later formed the Nepal Prajatantrik Congress which changed into the Nepali Congress with merged with MP Koirala's Nepali Rastra Congress. The Nepali Congress party succeeds in the overthrowing regime through an armed revolution.

Ranas had themselves sowed seeds of their failure. Lakhan Thapa got martyrdom as he tried to finish Jung Bahadur when the latter was on his hunting excursion. Ranas' suppressive activities encouraged continuous efforts of protest. Chandra Shumsher suppressed the anti-Rana activities of Gorkha League (Rising awareness in India), Arya Samaj (Encouraging religious reformations). Krishnalal Upadhyay who wrote Makaiko Kheti, an analogical satire on the Ranas, was imprisoned. Later anti-Rana movements got momentum in Tulsimeher's Charkha Movement (That followed Mahatma Gandhi's policy of protest through weaving), Prachanda Gorkha (First political party established to overthrow Rana regime), Mahabir School and Library establishment (Working towards raising public awareness), etc. Though these activities were suppressed immediately, they could weaken the root of the Rana regime in the long run.

Even after the execution of the Praja Parishad leaders in 1997 BS anti-Rana agitation did not stop. Later the Nepali Congress started an armed revolution which was contributed by king Tribhuwan. The reigning king abdicated the throne and took asylum in the Indian Embassy. Finally, the Ranas agreed upon the Delhi Compromise which somehow marked their end.

Rana's could easily sustain their rule as long as they pleased the British East India Company. When the British colonial rule in India came to its end, their strong foundation had collapsed. Following the Indian Independence, the Nepalese democrats, who had fought in the Indian War of Independence, came back and used their expertise in the agitation in Nepal. The Nepali Congress collected funds and weapons and operated the revolution from India. The Delhi compromise was concluded under an active mediation of the Indian government, Prime Minister Jawaharlal Nehru in particular.

Videos for Rise and Fall of Rana Rule 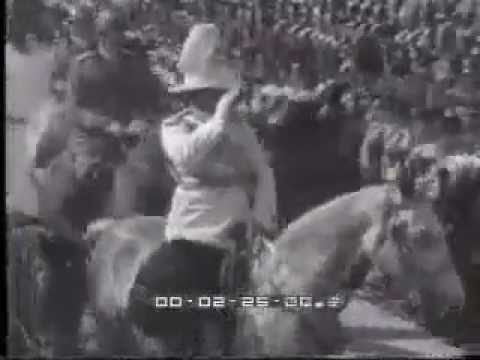 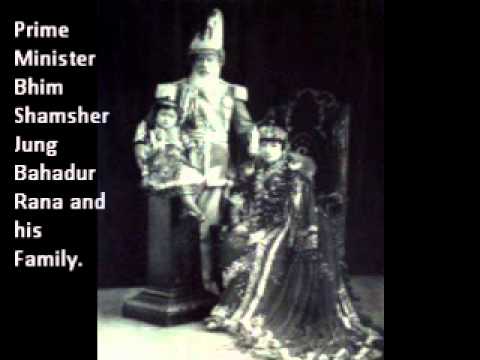 Rana rule was in autocracy, not a democracy. Explain how.

Rana rule was in autocracy because democracy means the government made by the people for people. But during that period the country was ruled by Ranas only. The rights and needs of people were not distributed.

Why do you think the British East India company supported the Ranas?

Why did Jung Bahadur maintain nuptial relation with the royal family?

Jung Bahadur maintained nuptial relation with the royal family to rise stately social status and get more power in his hand.

Which of the persons were responsible for each of the three parvas?

The persons responsible for the three parvas were Jung Bahadur, Queen Rajyalakshmi and Rajendra Bikram.

How are the three parvas related to one another?

The three parvas are related to each other as at kot parva, it is said that the queen held an assembly in order to find out the murderer of Gangan Singh, a private person of the Queen. But it went off as a mass killing of the high level courtiers. The next event was thought to be the conspiracy of Queen Rajyalakshmi to kill Jung Bahadur as he was deadly against making her son a king. But Jung Bahadur with the help of his brothers and 6 platoons of soldiers managed to kill all his opponents in the Bhandarkhal garden. After this event Rajendra Bikram, son of Queen Rajyalakshmi, was dethroned. Outraged with the development of event, he left Benaras to declare against Jung Bahadur and attacked at Alau near birgunj, which is called Alau event.

Why do you think Jung Bahadur caused the murder of Gagan singh?

Jung Bhadur caused the murder of Gagan singh as his death would make him more powerful and gain control over the government.

Why was Queen Rajyalakshmi so distressed at the murder of Gagan Singh?

Gagan Singh was the most loved one and favourite of Queen Rajyalakshmi and the death of Gagan Singh left the queen shattered in distressed.

Why did she hatch a plot to kill Jung Bahadur?

Queen Rajyalakshmi wanted to make her son, Ranendra Bikram shah, a king instead of Surendra Bikram Shah, the legitimate crown prince. But Jung Bhadur was deadly against it so she hatched a plot to kill Jung Bahadur.

How did the three parvas contributed to the rise of Jung Bahadur' power?

Due to the three parvas, Jung Bahadur was made the first Prime Minister of Nepal. He seized the opportunity to eliminate all his rivals and rose to power.

In kot parva, Jung Bahadur killed more than 25 officers and exiled about 600 nobles from the country. The prominent among them were Bir Kishore Pandey, General Abhiman Singh, Chautaraia Fathe Jung and Dal banyan Pandey. Thus, Jung Bahadur removed all his powerful opponents in one stroke. The massacre cause instant rise of Jung Bhadur. The queen granted him prime minstership and post of commander-in-chief in the night of 15 sept 1486 AD. The next was carried out at Bhandarkhal gardern of the Basntapur palace in 1903 BS, which was known as Bhandarkhal parva. Jung Bhadur banished the queen to Kashi in the charge of her involvement in hatching a plot to kill him. King also accompanied her and in the Alau parva, Jung Bahadur's army attacked the army of King Rajendra. Rajendra Bikram Shah was brought to Kathmandu and imprisoned in Bhaktapur palace. When people tried to rescue him, he was shifted to Hanuman Dhoka.

Give an brief introduction to Jung Bahadur.

Jung Bahadur was the grandson of Ranjit Kunwar and son of Kaji Balnarsingh Kunwar. He was bobrn on 18th June, 1817 AD at Borlang, Gorkha. He was very clever. He strove much and became a strong personality of palace on 23rd Kartik, 1903 BS in Kot massacre. Jung Bahadur finished all his post then he became prime minster and commander-in-chief. Bhandarkhal parva helped to finish live opponents. In alau incident, he jailed King Rajendra also. In this way, he established Rana rule which lasted for 104 years in Nepal i.e. 1846-1951 AD.

Was the rise of Jung Bahadur Rana a need of time?

Anarchy was set to the country, leading no stable government or prime minister. The senior queen Samragya Laxmi supported the pandey's and exercised supreme authority. She involved about 100 villagers in Ramnagar ignoring the warning of Hogdson, the Britist resident in Nepal. So the relationship with the British, a greatest imperialism was worsening. Meanwhile Samragya Laxmi died in 1841 which made the junior Queen Rajyalaxmi more powerful. Making king the puppet, she became a defector ruler. She was interested to make her own son Rajendra, the legitimate heir. So she called Mathabar Singh Thapa from Simla. But he didn't fulfill her desire so she encouraged murdering Mathabar Singh Thapa. The queen wanted to reward the post to Gangan Singh Khawas, who had illicit affairs with her. Though, Chautaria Jung Shah was made the prime minister, Gagan Singh was more powerful. Being in doubt King encouraged to murder him. Due to such foreign relationship inconsistency in government and prime ministers, sefish steps of queen and frequent internal conflict, the country was in trouble. Therefore, the rise of Jung Bahadur Rana was a need of time.