Amarsingh Thapa fought bravely for Ramgadh with the Anglo-Nepal war, going against Nepal; Nepal was forced to accept the Sugauli Treaty. This note contains description on Role played by Brave Warriors, Bhakti Thapa, Amarsingh Thapa and many more, in the Anglo- Nepal war.

Badakaji Amarsingh Thapa was a son of Bhimsingh thapa.after the honourable death of BHimsingh in the battlefield of Palanchowk, Amarsingh Thapa got this title. A son of a father who was killed in a battle was entitled to get his father's title at that time. The name of premier Bhimsen Thapa's father was also Amarsingh Thapa. But Badakaji Amarsingh Thapa was a different person. He had played an important role at the time of the conquest of Baise and Chaubise state. He had expanded the western boundary of Nepal up to the Sutlaj River. The responsibility for the operation of the war in the whole west including Kumaun and Gadhawal was entrusted with Amar Singh Thapa. Amarsingh Thapa fought bravely for Ramgadh with the Anglo-Nepal war, going against Nepal; Nepal was forced to accept the Sugauli Treaty. Frustrated with this, Amarsingh Thapa went to Gosaikunda and breathe his last there.

Sardar Bhakti Thapa, as a Godar Thapa of Lamjung, fought against the Gorkhali in the battle on the behalf of the army of Kehari Narayan Shah, the king of Lamjung. In the course of time, he joined the Gorkhali force. During the period of Anglo-Nepal War Amarsingh Thapa was controlling the operation of the war of the whole western Nepal from the fort of Malaun. As the English army had the control over the fort Deuthali, thousands of yards to Malaun fort, the security of the whole western region was at stake. This made Bhakti Thapa leave on 4 Baishakh 1872 B.S. (April 16, 1815) for the Battle for the various kinds of knives and swords in his hand together for 2000 Nepalese soldiers amidst the fierce gun firing of the English army all around. There was a fierce fighting between the two sides. He was hit by the bullet in his heart and killed. He died a death of honor. 700 soldiers were killed on the side of the Nepalese force, while in the side the English armies, all officers except only one at the arsenal were killed. Octorlony, the Major handed over respectfully to the Nepalese army, the body of Bhakti Thapa wore over by a costly woolen wrapper. The next morning, his body was cremated with a due guard of honour. At the end of the war, it took a different turn for Anglo-Nepal War, because the soldiers in the Nepalese force lost their hope for the better while the English force soldiers got even more encouraged.

Bam Shah was the administrator of Kumaun, deputed there by the premiere, Bhimsen Thapa. The English men were taken aback at the activities taken up by him as the administrator. He was working well efficiently with the army force during the period of the Anglo-Nepal War. Edward Garner, aware of Bam Shah, getting dissatisfied with Bhimsen Thapa attempted to win him to his side under the allurement of big offers to him. However, the English side failed in it's attempted to win Bam Shah, a true patriot of the country.

Bhimsen Thapa's youngest brother, Ranvir Sigh Thapa was on deputation to Makawanpur during the Anglo-Nepal War of 1861 BS. The army under him defeated very badly the English force. Subsequently, after the war, he was appointed the administrator of Palpa and also the junior general of Kalibox and Sabuj battalion. After some time, he became a saint, known by the name of Swami Avayananda.

The premier, Bhimsen Thapa's father General Amar Sing Thapa was a governor of Palpa. After the death of Amarsingh Thapa, his grandson, Nayansingh Thapa's son, Ujir Singh Thapa became the governor of Palpa. In the battle of the Anglo-Nepal War, the English force led by the General Mr. Wood was badly defeated and driven away by Ujir Singh Thapa. The memory of his bravery is in good record of the modern history of Nepal.

Videos for Our Valiant Warriors 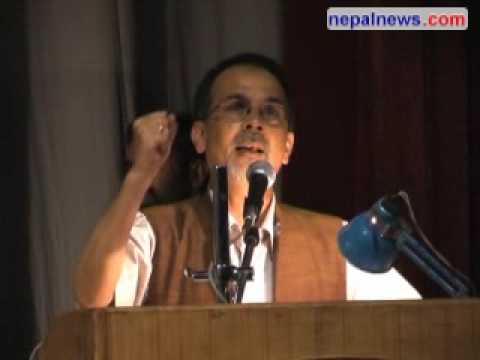 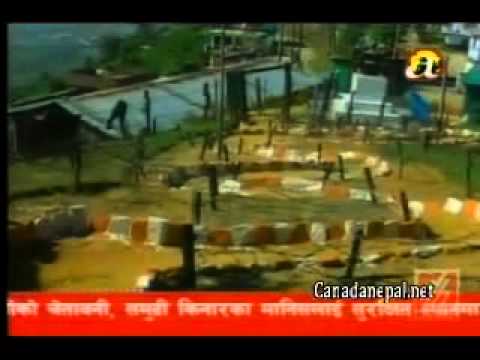 Describe how the battle of Deuthali ended and what the consequences were.

During the period of Anglo-Nepal war, Sardar Amarsingh Thapa was controlling the operation of the war of the whole western Nepal from the fort of Malaun. To the south of this fort was the fort of Surajgadh and as the English army had the control over the fort of Deuthali, 1000 yards to Malaun fort, and the security of whole region was at stake. There was a fierce fighting between the English side and the Nepalese side. 700 soldiers were killed on the side of the Nepalese army including Bhakti Thapa. At the end of the war, Nepalese force lost their hope and English force soldiers got even more encouraged.

Badakaji Amarsingh Thapa was a son of Bhag Bhimsing Thapa . Bhimsingh Thapa was also a soldier and had fought bravely in the battle of palanchowk. At the death of his father, Amarsingh thapa was recruited in the post of his father as a tradition of that time. Like his father Amarsingh Thapa also fought very bravely. He showed incomparable courage in the battles for the unification of the west. He also took the Anglo-Nepal War. He openly rejected the lucrative proposal offered by the English. He fought right up to the end of the war. Thus he is taken to be brave son of a brave father.

Describe how the battle of Deuthali ended and what its consequences where.

English had control over the fort of Deuthali. Bhakti Thapa went there with various kinds of knives and swords in his hand together with 2000 Nepalese soldiers amidst the firce gun firing of the English army all around. There was a fierce battle at his heart and killed. But his death was honoured by the English forces. They wrapped the dead body with a costly cloth and handed it over to the Nepalese side. As war continued most of the Nepalese soldiers lost their lives and they lost their hope for the batter. But the English soldiers were ever more encouraged. Actually the battle of Deuthali gave a different turn to the Anglo-Nepal War making the victory of English side almost sure.

Bam Shah was the administrator of Kumau during the Anglo-Nepal war. He mobilzed the army force very efficiently in the defence of the state. But the English force spread a propaganda that the Nepalese side was losing. The British side tried to take him in their side with defended Makawanpur during the war. The British force had to bear a huge loss st the hand of his force in Makawanpur while in Palpa the force of Ujir Singh Thapa badly defeated the English force commanded by General Mr. Wood. To conclude these warriors and administrators defended their states successfully. So their role were also important.