Balabhadra Kunwar had built a fort on a height of 500 feet at Nalapani, which was known by the name of Khalanga fort. This note contains description on Balbhadra Kunwar and his contribution of Anglo-War.

Six miles from Dehradun of India in the northeast on the way to Mussoorie, there is a place, called Nalapani. It had been the territory of Nepal long before Anglo-Nepal War. Balabhadra Kunwar had built a fort on a height of 500 feet at Nalapani, which was known by the name of Khalanga fort.

At the time of Anglo-Nepal War, Gillespie, the general and Maubi, the Colonel had gone to the khalanga fort with 3500 soldiers and 15 guns in their arms. They were divided into four groups for the attack on khalanga fort, Sir Robert Rolls Gillespie wrote a letter to Balbhadra, asking him to surrender. But Balbhadra tore the letter without going through it and said, "We don't read a letter at night, I will meet with Gillespie shortly." In the next morning, the English side attacked the fort with guns, arrows and bricks. Mr. Allis, lieutenant, was advancing to the battlefield to encourage the English force, was killed in the gun firing of Nepalese soldiers.

At this, Gillespie, the Major General went straight to the fort with his cap in one hand and sword in the other. He was also killed in the same way as Allis at the hand of Nepalese soldiers. The number of wounded and killed on the English side reached a figure of 266. At the escape of the English force at the defeat, Balbhadra Kunwar sent a letter to Kathmandu with a request for more army help, but no help was made available from Kathmandu. The route of Nahan, through which Nepalese soldiers were advancing to Khalanga for its security, was blocked by the English force.

The well-equipped force led by, Colonel Mauvi made the second attack on the Khalanga fort. The Nepalese army force was responding with bricks and stones, thrown at their enemies. The Nepalese women were highly appreciated for their bravery shown in the battlefield. After the war, many of the wounded women and the dead bodies were taken out from the ruined walls of the fort. The furious English soldiers had blocked the source of water to the fort. The men and women left behind in the fort, came out, opening the doors by themselves to get rid of their thirst of water and of the foul smell of the dead bodies.

The brave Nepalese women quenched their thirst with the water of the nearby river even amidst the dreadful situations of the gun firing.

Turning to the English before leaving the place, Balbhadra said to them in a loud voice, "it was impossible for you to have victory over the fort, but I leave it on my own accord."

The Englishmen had, in honour of the bravery of the Nepalese people, written in a memorial stone the words like " a tribute of respect for our gallant adversary BULBUDDER, commander of the fort and HIS BRAVE GOORKAS....."

Videos for Contribution of Nepalese Warriors in Anglo-Nepal War 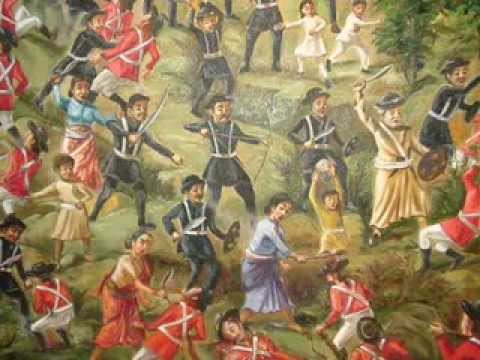 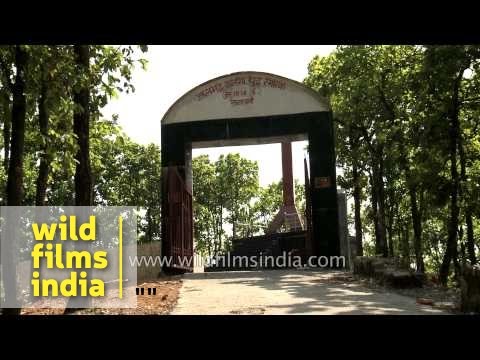 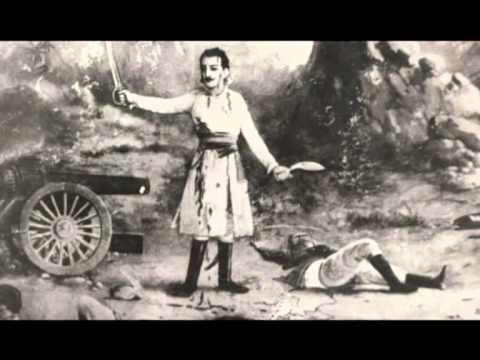 Describe the bravery shown by the warriors at the Khalanga fort during the Anglo-Nepal War.

During the war at Khalanga fort, the General and Maubi, the Colonel attacked the fort with 3500 soldiers and 15 guns in their arms. One night before the attack of Khalanga fort, Sir Robert Gillespie wrote a threatening letter asking the Nepalese to surrender but Balbhadra Kunwar and his warriors rejected. The next morning English side attacked the fort, not only men but also women and children responded from fort. At the end English battalion, unable to resist the Nepalese army, made an escape to Dehradhun. At the escape of English force at defeat, Balbhadra Kunwar sent a letter to Kathmandu with request for more army help but no help was provided.

The well-equipped force made second attempt on the Khalanga fort, The Nepalese force responded with bricks and rocks. Nepalese women bravely blocked their hearts with holes that developed in the forts as the results of the guns fired by English soldiers. The English soldiers blocked the source of water in the fort, due to which, Nepalese had to surrender. Although Nepalese surrendered, even the Englishmen respected the bravery of the Nepalese warriors.

Explain each and every word written in honor of Balbhadra Kunwar and his associates to evoke its meaning.

Balbhadra Kunwar was a brave warrior. His contribution plays an important role in the history of Nepal. Balbhadra Kunwar made a huge remark in the hearts of Englishmen. The Englishmen had, in honor of the bravery of the Nepalese people, written in memorial stone the words like "As a tribute of respect for our gallant adversary BULBUDDER, the commander of the fort and HIS BRAVE GOORKAS…" which meant Balbhadra Kunwar, although after the defeat, managed to win the hearts of the Englishmen and managed to gain respect for him and Nepalese people.

Why did the Nepalese soldiers leave the Khalanga fort for another fort?

The Nepalese soldiers were dying of thirst and foul smell of dead bodies after the Englishmen bocked the source of water. As the Englishmen had control over the fort, the Nepalese could not live there so they leave the Khalanga fort for another fort.

Write a letter to the editor of Gorkha patra , making a request for the necessary preservation of the memorial stone of Nalapani.

I would like to draw attention of the Nepalese people and the government for the conservation of the memorial stone at Nalapani through your newspaper. The stone was installed by the English in honor of the bravery shown by Bir Balabhadra Kunwar and his associates during the Anglo-Nepal War. It really speaks of the brave Nepalese people's courageous efforts to fight the British force that sense it is a glory and great asset of the nation. But it is not getting proper care these days. It is the time for taking necessary initiatives at the government and individual level. I hope the government with due co- operation of the people will launch necessary action for the conservation of the stone.

Suppose a political leader made a speech in which he said that women like men could forward in any field as they did in the battle of Nalapani. Make a draft of the news for the for publication in the Himalayan Times in the light of the leader's speech.

Men and Women are Equal
Pokhara march 9
Mr. Bum Bhahadur Kari, a lawmaker, spoke on the importance of women in the national life amidst a gathering organize here to mark the women's day today. The gathering was chaired by the Mayor of the Pokhara sub-metropolis. Mr Karki pointed out (memorized) the bravery shown by our brave Nepalese women in the battle of khalanga during Anglo-Nepal War while shedding light on their importance in the national life. He said the Nepalese women should leave the thought of backwardness and inferiority complex and make active participation in every field. Learning a lesson from their ancestors who fought bravely and blocked with their hearts the holes that developed in the forts as the result of the guns fires by the English soldiers, they should fight against their odds and become victorious. He further said it is the need of time and circumstances for men and women to act hand in hand for the prosperity of the nation . This point of him was highly applauded by the audience.