Tissue may be defined as a group or layer of similarly specialized cells which together performs certain special functions. A group of plant cells performing essentially the same function and common to similar structure is a plant tissue. This note provides us the information about plant tissue and its types.

A group of plant cells performing essentially the same function and common to the similar structure is a plant tissue. On the basis of the stages of development, plant tissues are divided into two types:

The group of young cells which have the capacity of active cell division is called meristem. On the basis of origin, they are classified as primary and secondary meristems. They are the meristems which are formed as new meristems in permanent cells by re-differentiation and are responsible for increasing the diameter of the plant organ. They are of two types vascular cambium and cork cambium collectively known as lateral cambium (lateral meristem). They help plant to increase its girth. Secondary meristems are divided into three types which are as follows; They are made up of cells that have lost the power of division and are differentiation to carry out various functions. The permanent tissues are of following types:

These tissues are concerned with manufactured and storage of food and to provide mechanical support to plants. On the basis of structure, it is of following types:

They are made up of different types of cells. The most important complex tissues are xylem and phloem.

They are concerned with the secretion of materials like gums, oils, latex and other substances. They are further subdivided into two groups which are given below,

Lactiferous tissues: These are thin walled,elongated and specialized tube like structures. These ducts are filled with white or yellow latex. They are distributed irregularly in parenchymatous cells. They are responsible for food storage or waste products.

Glandular tissue: It consists if different types of glands which are made of isolated cells or small group of cells. They secrete various digestive enzymes in plants.These secrete resin, oil, mucilage, tannin, gums, nectar etc.

Relation between Cell, Tissue, and System in Plants 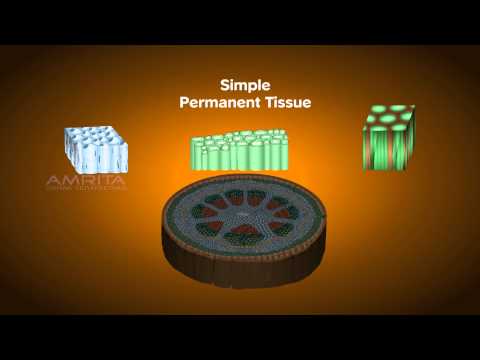 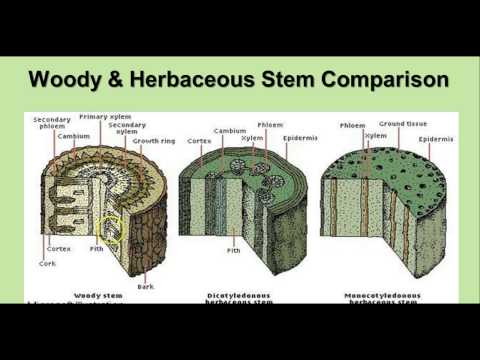 What do you mean by tissue?

Write the differences between meristematic and permanent tissue.

The differences between meristematic tissue and permanent tissue are as follows:

What happens to a plant if all it’s apical meristematic tissues stop functioning?

Apical meristematic tissues help in increasing length so if these tissues stop functioning the plant cannot grow further through root as well as shoot.

Name the various types of simple permanent tissues with the place where they occur.

Simple permanent tissues are of three types:
i) Parenchyma :In all the living areas of plant body.
ii) Collenchyma: It occurs in the peripheral portions of young stems and leaves.
iii) Sclerenchyma: It is found in stems and roots as well as with the veins of leaves, hard outer covering of seeds and nuts.

What do you mean by complex tissues? Write its types.

Complex tissues are a group of different kinds of cells, some of which may differ from each other in structure but work together.
It is mainly of two types:
i) Xylem
ii) Phloem

What types of cells are found in parenchyma?

Parenchyma tissues are made up of thin walled cells, which are living and having shapes like oval or spherical.

Why is phloem called as complex tissue?

Phloem is the storage tissue made by vascular bundle and other components. So, it is called as complex tissue.

Which tissue transports water from the root to other parts of the plants?

A type of complex tissue called xylem transport water from the root to other parts of the plant.

Why does a plant die if all phloem-tissues are removed from its body?

Phloem tissue helps in transportation of prepared food materials from the leaf to storage organs and growing regions too. So, if all these tissues are removed from plant body, energy supply to every cell is stopped and no further activities can perform by plant cell. Ultimately, cell dies which results to the death of plant.

Distinguish between xylem and phloem.