Sense of Sight: The Eye

The organs which make us aware about the surroundings are called sense organs. The sense organs are eyes, skin, nose, ear and tongue. Sensation is received by sense organs and is change into electrical signals called impulse. This note gives us the information about sense organs, eye, working of human eye along with pictures.

Sense of Sight: The Eye

The organs which make us aware about the surroundings are called sense organs. The sense organs are eyes, skin, nose, ear and tongue. The sensation is received by sense organs and is change into electrical signals called impulse. The impulse is carried to the brain by nerves. The sense of sight the eyes

The eyes are the most important sense organs which give us the sensation of sight. Eyebrows are hairy which protect the eyes from sweat, dust etc. Eyelids are movable, which have eyelashes and blink at regular intervals. The eyes are provided with photoreceptor cell which receives the visible light. The eyeball consists of 3 coats: outer, middle and inner coats.

Outer coat provides mechanical protection and shape to the eyes. It is formed of 2 unequal parts, posterior part sclera and anterior part cornea. The sclera is also called large part which is supplied with connective tissue. It maintains the shape of the eyeball and protects the inner layers of the eye. The cornea is small, thin, transparent bulging circular structure without blood vessels. It is externally covered by conjunctiva. It protects the cornea from dust and insects. The cornea is also known as the window of the eye. The middle coat of the eye is formed of three parts. They are choroid, ciliary body, and iris. The choroid is thin, pigmented and dark brown in colour that lies below sclera. It darkens the eye ball and provides nutrition to the retina. The ciliary body is thick and circular muscles help in accommodation of the eye. Iris is the thin and muscular disc. The centre part of the iris is called pupil which regulates the amount of light that enters the eye. The iris regulates the size of the pupil. When we see a bright light, the size of the pupil become small and when we see dim light the size of the pupil becomes large.

The inner coat of the eyeball is retina where an image is formed. The optical part is thick, pigmented and provide with many layers of nerve fibres called photoreceptor cells. There are two photoreceptor cells: rods and cones. The rods are sensitive to dim light and containvisual purple pigment called rhodopsin that is formed of vitamin 'A'. Deficiency of vitamin 'A' causes night blindness. The cones are sensitive to bright light and contain idiopsin . It is also formed of vitamin 'A'. When there is a deficiency of vitamin 'A' in cone cells, it causes colour blindness.
The main part of the inner coat is retina. The retina is provided with blind spot and yellow spot. Blind spot has fewer rods and cones. The yellow spot is also called fovea. It contains only cone cells. In the yellow spot, the sharpest image is formed and in the blind spot, invisible image is formed.

The lens of a human eye is crystalline solid, flexible and transparent. It is suspended in the eye cavity by suspensory ligaments. The suspensory ligaments grip the lens and ciliary muscles at its bases and adjust the suitable focal length of the lens. The lens separates the eye in two chambers:aqueous chamber and vitreous chamber. The aqueous chamber is a smaller chamber between cornea and lens which is filled with aqueous humor. It nourishes the lens and refracts rays to focus on the retina. Vitreous chamber is larger chamber between lens and retina that is filled with vitreous humour. It supports retina and lens, refracts light and gives shape to eyeball.

The rays of light coming from an object pass through the conjunctiva, cornea, aqueous humour, pupil, lens, Vitreous humour and then fall on the retina. The light sensitive cone and rod cells of retina get activated. Then, these cells generate impulses which are sent to the brain through the optic nerves. The image formed on the retina is real, inverted and diminished. The brain translates this inverted image into erect one in the proper size of the object.

Care and protection of the eyes

Videos for Sense of Sight: The Eye 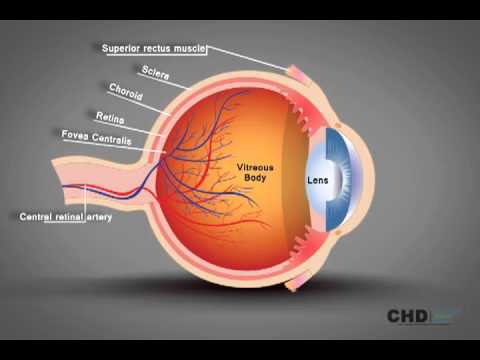 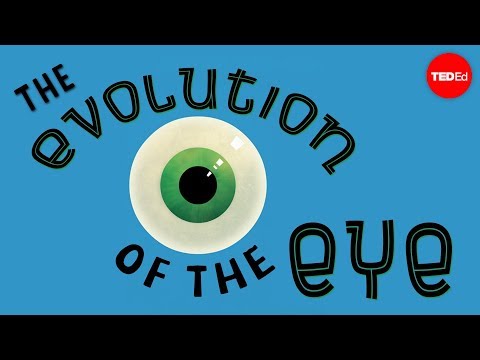 The evolution of the human eye 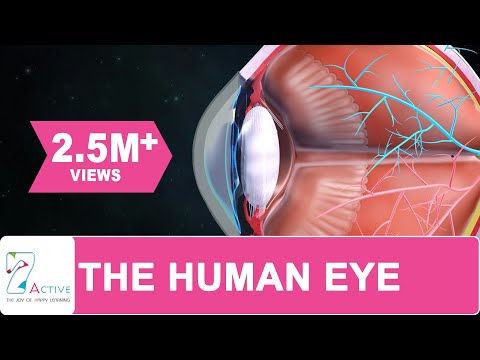 Blind spot is devoid of vision, why?

Blind spot is the place in retina which does not contain any nerve cells. So, if the refracted rays through lens even meet at it, it cannot transfer any stimuli to the brain and hence is devoid of vision.

When we enter a dark room after staying in the sunlight, we cannot see anything for some time. Why?

When we were staying in the sunlight the size of our pupil had been reduced to allow entering only a small amount light. As we enter inside a dark room, the pupil takes some time to accommodate to a large size. Hence, we cannot see anything for some time.

What is meant by sense organs?

The organs that perceive the senses are called sense organs. They are also called sensory receptor. For example: tongue, eye, ear, skin.

What is the importance of sense organs?

Sense organs act as receptors which help to send the stimulation from environment to brain through nerve fibers. Sense organs help all organisms to be aware of changing environment and there by protect themselves. So, sense organs are very necessary for organisms.

How should we take care of eye?

The eyes are cared by following ways:
i) We should wash our eyes with clean water regularly.
ii) We should not give more stress to our eyes by reading and doing fine works in the dim light.
iii) We should not watch television from a nearer distance.
iv) We should not rub our eyes and use the infected towel or handkerchief.
v) In case of eye infection, we should consult doctors and use only the medicine prescribed by them.
vi) We should eat plenty of vitamins-A enriched foods like fruits, vegetables, milk, fish, egg etc.

How are the eyes protected in our body?

The eyes are protected by the following ways:
i) Eyes are placed safely inside the cavities of skull.
ii) The eye lids cover and protect the eyes from strong light, dust and sweat.
iii) The tear secreted by the tear glands prevent the eyes from drying up and removes the dirt from the eyes.

Write the functions of the following parts of eyes.

a) Aqueous humor: In between the cornea and lens is filled with thin liquid substance called aqueous humor. This liquid helps cornea in making front part little bit curve.
b) Vitreous humor: Behind the lens is an empty space filled with thick jelly like substance called vitreous humor. It helps eyes to make round in shape.
c) Iris: Iris is thin and muscular disc. It is dark brown in a colour which hangs in the eye ball just in front of the lens. Pupil of iris regulates the amount of light that enters the eyes.
d) Ciliary muscle: The ciliary muscle controls the center of curvature of the lens of the eye.

Colour is not seen distinctly in moon light, why?