Earthquake is the sudden shaking or vibration of the crust of the earth. It is the result of sudden release of energy from the Earth's crust. Earthquake does not kill any people or wildlife but people are killed by their constructions during the earthquake. We should create awareness programs to minimize the effects of Earthquake. When the amount of water in the river increases due to over rainfall or over the melting of snow, the water gets overflow and submerges the land. This is known as flooding. It causes great loss of life and physical properties. This note provides information about the earthquake and flood with its causes, effects and preventive measures.

When there is a sudden release of energy in the Earth's crust, it creates a seismic wave that results in the sudden shaking or vibration of the Earth's crust or surface. This shaking or vibration of the crust or surface of the earth is known as an earthquake. It does not occur frequently but it occurs suddenly without warning causing huge destruction of life and human properties. Earthquakes makelong cracks in the earth's surface called fault lines and can be felt over large areas. Although they usually last less than one minute. We cannot predict the earthquake but also scientists are working on it. There are about 500,000 earthquakes a year around the world, as detected by sensitive instruments. Out of them about 100,000 of those can be felt, and 100 or so cause damage each year. The largest earthquake ever recorded was a magnitude 9.5 in Chile on May 22, 1960. Depending upon the type of movement, Earthquakes are of two types, they are horizontal Earthquake and Vertical Earthquake.


A British Seismologist named John Milne invented an instrument called Seismograph that is used to records the shaking of the Earth's surface. The Earthquake is measured in Richter Scale. The Seismograph measures the Earthquake waves from the range between 0- 9 Richter Scale. The Earthquake more than 6 Richter scale is very destructive. The point inside the surface of the earth through which Earthquake origin is known as Hypocenter. It is always below the earth's surface and most of the Earthquakes have their epicenter at a depth of less than 60 km. Similarly, the point on the surface of the Earth just above the hypocenter is knowns as Epicenter. The magnitude of Earthquake is found more in the epicenter.

Earthquake is very dangerous. It destructs the human properties. Earthquake does not kill any people or wildlife but people are killed by their constructions during the earthquake. Earthquake inside the seas or ocean causes tsunami and also it causes volcanoes that cause great loss of life and property. This damage can be minimized by better construction, safety systems, early warning, and planning.
Recently, Nepal was hit by the devasting Earthquake of 7.8 Richter scale on 12th Baisakh 2072. The epicenter was Barpak village of the Gorkha district. During this disaster, more than 8,800 people were killed and millions of people were homeless. This disaster badly affects western and central region of Nepal especially in hilly and mountain region. This cause huge loss of life and human properties. Many old buildings including World Heritage like Basantapur Durbar Square, Swayambhunath Stupa were destroyed. It also causes a huge avalanche in Langtang valley killing hundreds of people and some in the mountain region. The Earthquake of 6.9 Richter Scale in 2045 BS was felt in Nepal. The Nepal was also hit by the massive Earthquake in 1990 BS.

Some of the causes of Earthquake are discussed below,

When the amount of water in the river increases due to over rainfall or over the melting of snow, the water gets overflow and submerges the land. This is known as flooding. It is very dangerous. It destroys land, crops, animals and life. It sinks the whole city or village area. Some floods occur suddenly and stop quickly whereas some stops after few days or month. Flood carries along objects like houses, animals, cars, furniture, some peoples etc. It can wipe away farms, trees, and much more heavy items. It is a common natural disaster and occurs in those areas where there is more rainfall. The most deadly flooding occurred in 1931 in China and killed about 2,500,000 people.

Some of the causes of flood are discussed below,

River overflow: Due to some reasons, the river can overflow from their normal path causing a flood. Some of the reasons for the overflow of the river from the normal path are like an increase in the amount of water, some obstacles blocking the passage of water, etc.

Dam breaking: Various dams are made to hold up water for the generation of electricity. Sometimes, too much water held up in the dam cause it to break and overflow the area. Some of the reasons for the breaking of the dam are also like weak support, some natural disaster like earthquake, landslide etc. The breaking of dam let the massive flow of reserved water causing a flood.

Precaution before a Flood

Precaution during the Flood

Precaution after the flood

Videos for Earthquake and Flood 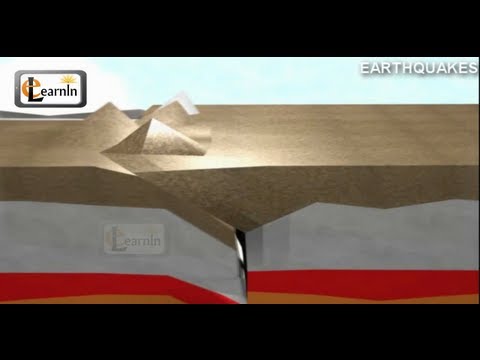 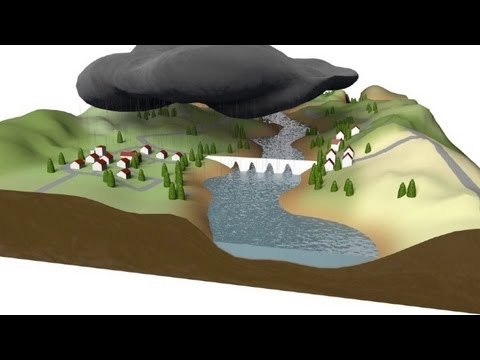 What are the causes of  earthquake ?

Some of the causes of Earthquake are given below :

What are the preventive measures of flood ?

Following are some preventive measures of Flood

Write down the precaution during , after and before the earthquake ?

Earthquake is very dangerous. It destructs the human properties. Earthquake does not kill any people or wildlife but people are killed by their constructions during the earthquake. Earthquake inside the seas or ocean causes the tsunami and also it causes volcanoes that cause great loss of life and property. Following are the precaution during , after and before the earthquake:

Earthquake is the sudden shaking or vibration of the crust of the earth.

How many types of Earthquake are there?

There are two types of Earthquake, they are horizontal and vertical earthquake.

Which instrument is used to measure the Earthquake?

An instrument called Seismograph is used to measure the Earthquake.

The place below the Earth surface from where seismic waves are produced is called hypocenter.

The point on the Earth surface vertically above the hypocenter is called epicenter.

When was Nepal hit by devastating Earthquake?

Nepal was hit by devastating Earthquake on 12th Baisakh 2072 BS.

Write any two causes of Earthquake.

Any two causes of Earthquake are tectonic forces and volcanic eruption.

Write any one effects of Earthquake.

Any one effects of Earthquake is that it damages life and property.

A flood is an overflow of water that submerges land.

Write any two causes of flood.

Any two causes of flood are heavy rain and dam breaking.