Demography is the scientific study of human population. The population is the total number children, youth, adult and old people residing in a particular place at a particular time. Census is the main source of demographic data. The census is carried out by using two methods, Defacto and Dejure. This note provides information about demography and census.

Demography is the science of population. It is the statistical study of population. The word 'Demography' is derived from the two Greek words 'Demos' and 'Graphy'. The word Demos means people and Graphy mean to write or to study. The word 'Demography' was first used by Achille Guillard in 1855 AD in his book "Elements of human statistics or comparative demography". He is known as the father of Demography. There are various definitions of demography given by various scholars.
The multilingual demographic dictionary has defined demography as: "Demography is the scientific study of human population, primarily with respect to its size, structure, distribution and its growth rate". Demography can be defined in two dimensions which are discussed below,

Social Demography explains the issues of population studies by relating with the social and economic aspects. Social demography also studies about various subjects like Biology, Psychology, Medicine, and Geography, Environment Science and the contents of formal demography as well. So, it is also known as a multidisciplinary subject.
According to Shryock and Siegel (1976), "Social demography or population study is concerned not only with population variables eg: fertility, mortality, and migration but also with the relationship between population changes and other variables like social, economic, political, biological, genetic, geographical and the like".
Social demography deals with the relationship between population changes and other aspects like social, economic, political and geographical aspects. It is also known as population study.

We record the population of particular area living at a particular time by using various methods and sources. The sources are divided into two types, primary sources, and secondary sources. Primary sources are like the census, vital registration system whereas secondary sources are like textbooks, research reports,population monographs etc. Population data provide us information about the socioeconomic and demographic characteristics of the human population. Population data is also known as demographic data. It provides information about birth, death, migration, age, sex, marital status, nationality, religion, literacy, language, occupation, and family planning of a particular place for a particular time period. This information is important for government. This information helps the government to make plan and policies and carried out developmental activities. It also helps various non- governmental organizations to prepare plan and policies and conduct various activities.

Census simply means the counting of people of a certain area at a certain time. It is the main source of demographic data. It is conducted by the government to know the overall population of the country. In the census, the population of the certain area is recorded based on age, sex, caste, religion etc. It is usually carried out in every 10 to 5 years. The UN (1970) has defined census as, "A population census is a total process of collecting, compiling, evaluating, analyzing and publishing demographic, economic and social data pertaining at a specified time to all persons in the country or in a well delimited territory of the country".

Census can be conducted by using three methods which are discussed below,

Talking about the historical development of census, the first census was conducted in Bolivia in 4000 BC, China in 3000 BC, Egypt in 2500 BC and India in 330 to 270 BC. But these censuses were not systematic and scientific. The modern and orderly census was first started in New France and Acadia in 1665 AD. The census was then conducted regularly and orderly in USA (1790), England 91801), India (1872) etc.

Information to be collected in the Census

The Census is conducted by most of the countries of the world under the guideline of UN. It has a list of recommended and other useful topics to be covered by a census from 1970 AD onwards. This gives all the information of the individual. It is useful universally. The UN recommended census consists of following characteristics,

Following information are collected on this topic.

Following information are collected under this heading.

Following information are collected on this topic,

Videos for Demography, Sources of Population Data and Census 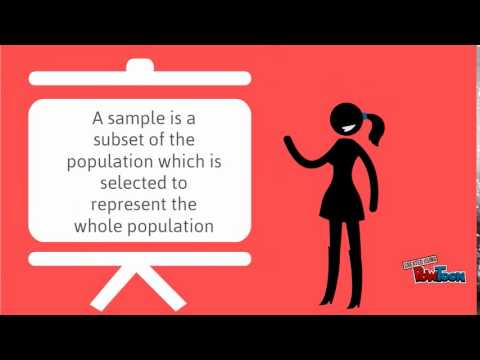 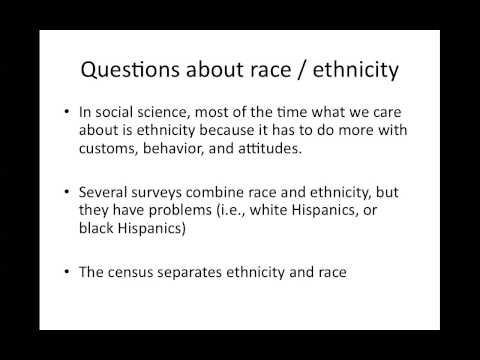 What do you mean by demography ?

The word demography is derived from the Greek word "demos" means people and "graphian "  means the science or studies . Thus demography refers to the scientific study of population , primarily with respect to their size , structure and development of other words . It is a science dealing with the birth , death , migration and marriage of human population . It informs us of the change in population . Demography may be defined as the numerical analysis  of the state and movement of population inclusive of census enumeration and registration of vital events .

Explain the uses of population census .

The population census is the first source of fundamental , national data necessary for social , national planning , economic , political and administrative purpose . Through census , we know about trends in population growth , changes in the age , sex , structure of a population . Along with these , the tendency and trend of fertility , mortality and migration are known clearly only by population census . They are useful to know the changes in industrial and occupational fields . Information on the field of literacy , living standard of the people etc. is also obtained by using census. Better planning and provisions of basic facilities can be done using all such information .

What is Demography ? Write down the components and processes of demography ?

Demography is the study of human population and the social condition of a nation . In demography , we study the size , distribution , composition and their changes in a society . It is a science which studies chiefly of births , death , marriage and migration . It discovers the laws which control the movement of the population . Thus , demography may be defined as the numerical analysis of the state and movement of the population inclusive of census enumeration and registration of vital events . In another word , demography is the mathematical , statistical and scientifical study of the size , composition , distribution and other changes of population .

The process of enumeration , analysis and publication of entire population of the country at a single time is known as the census . I t is the major source of population  statistics . It is the population counted the same time throughout the country . In Nepal, the census is taken in every 10 years .The  fIrst census was taken in 1911 AD . The census taken in 2001 AD included information about family and individual . After computerized processing information was published .

Write down five reasons of more population density in the Terai region and Kathmandu valley .

Five reasons of more density in Terai region and Kathmandu Valley of Nepal are :

Demography is the scientific study of population dynamics.

Any two primary sources of population data are census and vital registration system.

The enumeration of the entire population of a country or a territory of a country at a particular timeis known as census.

When was census first conducted in Nepal?

Census was first conducted in Nepal in 1911 AD.

What is De-jure method of census?

De-jure method is a types of method in which people are counted at their permanent residence.

Write any two features of census.

Any two features of census are, census provides first hand information and it is the data bank of human population.

When was first population census taken in Bolivia?

The first population census was taken in Bolivia in 4000 BC.

When was first population census taken in China?

The first population census was taken in China in 3000 BC.

How many types of census enumeration methods are there?

There are three census enumeration methods.

Which method of census is used in Nepal?

Modified De-jure method of census is used in Nepal.