The word trigonometry comes from the combination of the words "tri"and goes on having the meaning of the measurement of three angles of a triangle. With the help of right-angled triangle, trigonometric ratios of an angle are found. here we will calculate the values of trigonometric ratios as form special angles 0 degrees, 30 degrees, 45, 60 and 90 degrees etc.

The word "Trigonometry" is derived from the Greek word "Tri-Gonia-Metron" where 'Tri' means 'three', 'Gonia' means 'angles' and 'Metron' mean 'measure'. So, trigonometry is a branch of mathematics which concerned with the measurement of sides, angles and their relation to a triangle.

The word trigonometry comes from the combination of the word triangle goes on having the meaning of the measurement of three angles of triangles. Hence, this is also known as the measure of the triangle. Trigonometry has wide application in the field of mathematics and science. With the help of right angles triangle, trigonometric ratios of an angle are found. Without the help of trigonometric ratios, both the development and expansion of physics and also of engineering are impossible. Hence, trigonometry is the very important branch of mathematics.

Above figure shows the shadow of the poles formed at 3 pm that stand perpendicularly on the road. For each figure, the ratio of height of pole and length of shadow and height: length are tabulated below:

Hence, the height of every pole and the length of their shadows are in proportion. The angle made by the top of the pole and with the top of shadow on the ground is also equal.

The ratio of any two sides of a right-angled triangle taking one of the side as reference are the fundamentals of trigonometric ratios.

Let's take\(\angle\)C as a reference angle

The opposite side of angle C (perpendicular) (P) = AB

We can make three relation with the reference angle.

In the above figure, the ratio of AB (perpendicular) to AC (base) with reference angle is called sine θ.

In the above figure, the ratio of BC (base) to AC (base) with reference angle is called cosine θ.

In the above figure, the ratio of AB (perpendicular) to BC (base) with reference angle is called tangent θ.

The relationship between the three sides of a triangle is simply known as Pythagoras Theorem. The relation was given by the popular Mathematician Pythagoras so it is called as Pythagorean theorem.
In mathematics, the Pythagorean theorem, also known as Pythagoras's theorem, is a relation in Euclidean geometry among the three sides of a right triangle. It states that the square of the hypotenuse (the side opposite the right angle) is equal to the sum of the squares of the other two sides.
According to this theorem "In any right-angled triangle, the area of the square on the hypotenuse is equal to the sum of the areas of squares of perpendicular and base".

Trigonometry is all about finding triangles. The terms like Sin, Cos and Tan helps us in trigonometry. 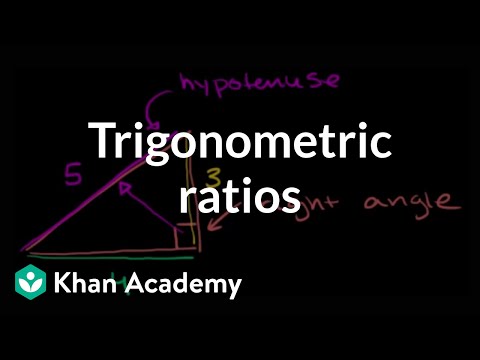 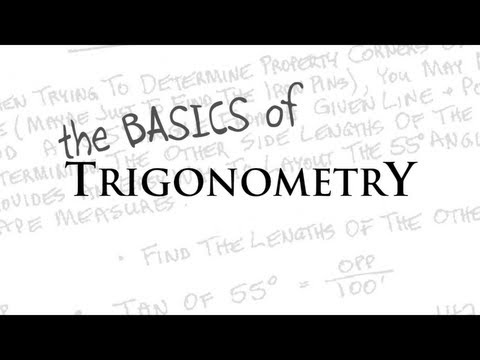 the BASICS of TRIGONOMETRY (Review and Tutorial)

Calculate the three fundamental trigonometric ratios for the acute angle x of each of the folllowing triangles expressing them in the lowest terms and correct to two decimal places.

Find out the third side by using Pythagoras theroem and then calculate sin x , cos x and tna x.

Find out the third side by using Pythagoras theorem :

Find out the third side by using Pythagoras theorem.

Find the third side by using Pythagoras theorem,

Calculate the value of given equations :
tan45o + sin 30o