The velocity of the body is the distance travelled by it in unit time in a certain direction. It is the rate of change of the distance of an object in a particular direction.If a body travels a distance of S-meter in t seconds in a given direction, then,

Average velocity can be defined as the distance travelled divided by the time elapsed.

Example: If a car travels 10 meters in 2 seconds and travels 32 meters in another 5 seconds then calculate its' average velocity.

Therefore, the average velocity is m/s.

Example: If a tempo travels with a speed of 5 m/s. How far will it reach in one more hour?

Thus, the tempo travels 18 km in one hour.

The unit of velocity is the same as that of speed, namely, meter per second. Velocity has magnitude as well as direction, therefore, velocity is a vector quantity.The velocity of a car shows its definite direction. 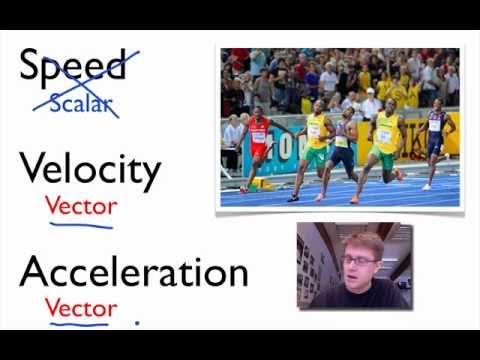 If a moving body covers equal distances in equal intervals of time, then the body is said to have uniform velocity.

What is S.I unit of velocity?

The S.I unit of velocity is meter per second.

When a body is moving in a curved path with uniform speed, it’s speed remains same but the velocity is changing at each point of the curved path. This is because the direction of motions of the body is changing continuously.

Light travels 300000km/s is a velocity because light travels in a straight line in a fixed path.

A truck is moving at the rate of 72k/hr. How far does the truck move if it stops after 5 second?

An object is thrown vertically upwards with an initial velocity 20 m/s. Find the height if it reached the ground after 2 seconds.

Two jeeps A and B are moving in opposite direction to each other with a velocity of 70 km/hr and 20km/hr respectively. Calculate the relative velocity with reference to each other.