A national park of a conserved area is a dwelling place for wild creatures. This note provides an information on national parks of Nepal. The Chitwan National Park was established in 2030 BS. This is the first national park in the country. It covers 932 sq. km area. It lies in the plain area of the mid-south region of the inner Terai. This national park touches or covers parts of Chitwan, parsa and Makwanpur districts of Narayani zone of central development region. There are about 30 species of big animals, more than 400 kinds of birds about 100 species of fishes and reptiles. Similarly, gharial, crocodiles, alligators, pythons and insects are also found here. This park is a habitat for the species of deer like chital, ratua and laguna. The Sagarmatha national park was established in 2032 BS. It lies in Solukhumbu district of Khumbu region.It covers 1,148 sq. km. area. Many famous places of the world are in this region highest peak of the world Sagarmatha and many other high mountains like Lhoste, Pumori, Amadablam, Nuptse, Thamserku etc. Many animals like lophophorous, chilive, kaliz, snowcock, and lalchuchche are found in this park. The Langtang national park was established in 2032 BS. It lies in Rasuwa, Nuwakot and Sindhupalchowk districts of Bagmati zone and touches the border of China. In this national park, we find leopard, red pandas, musk deer, red monkeys, thar, ghoral, langur and many species of wild animals. It is famous for various types of trees such as sal, khotesalla, lauthalla, gobresalla, khashu, and rhododendron.One of the famous places 'Won Po' a monastery of Tibetan religion, is also located in this park. The Bardiya national park was established in 2032 BS, which lies in Bardia district of mid-western development region. It covers some parts of the Karnali river. Various types of wild animals like tigers, leopards, antelopes, stages, spotted deer, laguna deer, barking deer, elephants etc are found in this park. Different aquatic animals such as ghariyal, crocodiles, dolphin and many other species of fish are also found in this region. The Shey Phoksundo National Park is the largest national park of Nepal. It was established in 2040 BS. Its area is 3555 sq. km. It is located in Dolpa and Mugu districts of Karnali zone. Snow leopards, Tibetan rabbit, naur and other various kinds of Himalayan wild animals are the major animals of this national park. Some snowy ranges such as Kanjerowa south Sikalpokhang, Bajchuchuro are also located in this national park. The Khaptad national park was established in 2040 BS. It lies in Bajhang, Bajura, Doti and Achham districts of Seti zone. It has 225 sq. km area. In this national park, we find leopard, wharsu, nigalo, musk deer, red monkeys, thar, ghoral, langur and many species of wild animals. Some holy places of Hindu religion like Tribeni, Khaptad Daha, Sahastraling etc. are located here. Khaptad Baba had made this national park his dwelling place, which has also helped in conserving this park. The Makalu Barun National Park has an area of 1500 sq. km and the Makalu Barun conservation area has an area of 830 sq km. The various kinds of flowers and plants in the conservation area. Hundreds of species of sungabha flowers and 48 species of wild roses and 25 species of flowering plants out of total 30 species found in Nepal. This area is the habitat of some endangered wild animals like thar, snow leopard, black bears and ghoral. It is estimated that nearly 400 species of birds are found in this area.

Shivapuri Watershed Area and Wildlife Reserve was established in 2002 A.D. in the Kathmandu district of central development region. It has 159km² of the area. It is estimated that there are 129 species of mushroom, 150 species of butterfly, 9 species of birds and 19 species of mammals. Tourists come to this place for recreational and trekking.

Banke National Park is located in theMid-western development region of Nepal. It was established in 2010 A.D. as a tenth national park.The protected area covers an area of 550km2 (210sqmi). Most of its part lies in the churiya range. The park is surrounded by a buffer zone of 344 square kilometres (133sqmi) in the districts of Banke, Salyan and Dang. Tigar, gharial crocodile, elephant, leopard, chital, dear, ratuwa, and so on are protected in this national park.

Videos for National Parks of Nepal 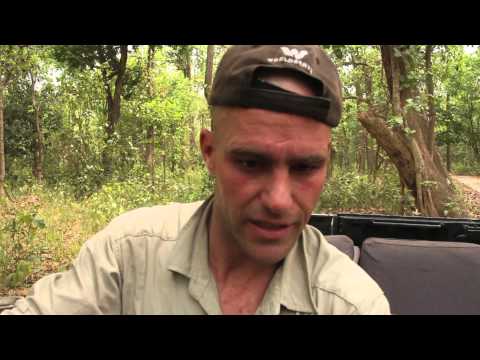 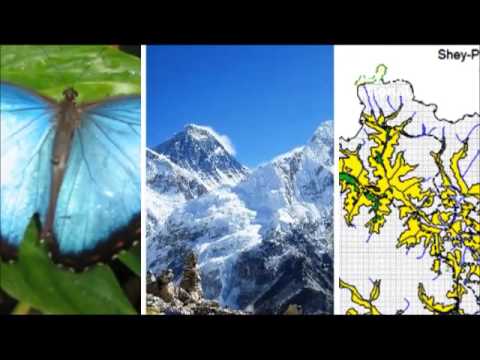 What do you mean by National park? Write its objectives.

The national park is an area of land or forest set aside for the conservation, management and utilization of the natural environment wildlife, vegetation, and landslide.

Its primary objective is to conserve the national heritage perpetually by long-term conservation of natural environment.

Chitwan National park was established in 2030 BS and it is the oldest National park of Nepal which is situated in the Tropical inner Terai low lands of south central Nepal. It stretches to Chitwan, Parsa and Makwanpur districts of Narayani zone in central Development region. It occupied total of 932 sq. km and it was designated as World Heritage site in 1984 A.D.

It was established in 2032 BS. The total area of this park is 1148 square Kilometers. It is situated in Solukhumbu District of Sagarmatha zone in the eastern part of Nepal. It includes the highest peak of the world Mount Everest. There are several well-known peak such as Lotes, Nuptse, Pumori, Amadablam and Thamsukru located in this peak. The park was added to the list of World Heritage Sites in 2039 BS.

Which is the largest National Park in the country? And what is its area?

What is the smallest National park of the country? What is the area of it?

Khaptad National Park was established in 2004 BS. It covers the area of Bajhang, Bajura, Doti and Achham districts of Seti zone in Far Western Development Region of Nepal and covers the area of 225 sq km. The park is named after Hindu holy man later Khaptad Baba whose contribution was immense in saving the religion pristine land living spaces for plants and animals.

Write in brief about Shivapuri Watershed and National Park.

SWNP was established in 2033 BS as wildlife reserve and was named the national park in 2059 BS. It covers an area of 144 sq km and is located in Kathmandu valley on the northern side in central Development region. The watershed is the main source of drinking water for the residents of the Kathmandu valley.

When was sagarmatha National Park and Chitwan National park nomitated in world heritage list by UNESCO?

Which is the primary residence of single horned rhinoceros?

Which is the oldest national park?

Which is the latest national park of Nepal?