Social rules systems include institutions such as norms, laws, regulations, taboos, customs, and a variety of related concepts and are important in the social sciences and humanities.

Social rules are the most human social activity that is organized and regulated by socially produced and reproduced systems of rules. Social rules are the set or pattern of behaviors expected to be followed by everyone as a member of society. They are used to examine all levels of human interaction. They are different from those that are enforced by law. If these rules are not followed properly, then the society and social life will have to face various disasters. So, social rules are the guidelines for each individual members of the society.

Human agents such as individuals, groups, organizations, communities, and other collectivities produce, carry, and reform these systems of social rules, and this frequently takes place in various ways. Social rules are not compulsory behaviors. They are rather optional. Even if the person does not follow social rules, the person is not liable to any punishment under the law. For example, a person is not supposed to sit in front of the elders by folding his/her legs. However no laws states of any punishment for not respecting the elders. Similarly, the couples are not allowed to stay together until they get married. Well, I just remembered the saying of my teacher to the college guys wearing earrings. He usually used to say "I also like to wear the earrings, but our society doesn't accept it. So, stop wearing earrings in the college or change the society." There are certain things that the society doesn't accept and we must follow the social rules of the society because we have to stay in this society. Social rules must be learned from the childhood. When the kids don’t follow social rules, others may think they’re self-centered or uncaring. Other kids may find their behavior annoying and back away because the society expects discipline, manner, modesty, cooperation and civility from its members.

Some of the social rules that must be learned are:

Social rules are also important in normative and moral communications about social actions and interactions. Social rules also require that a person should help those members of the society who are weak, poor and incapable of helping themselves. The social rules also require that a person should not differentiate in terms of language, culture, caste and others. Becausea society consists of different people with different religious, linguistic, traditional, ethnic and cultural backgrounds and to respect such difference is also a part of the social rule.

The interpretation and implementation of social rules are universal in a human society, for the reformulation and transformation. Social rules also demand that the person should give highpreferenceto social interest than his/her personal interest like helping one another, cultivation of cooperation, friendliness, and participation in social functions. 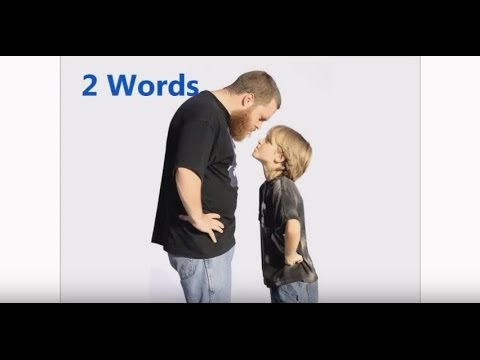 What are social rules?

Social rules are the most human social activity that is organized and regulated by socially produced and reproduced systems of rules. They are the guidelines for each individual member of the society. They are a set or pattern of behaviour expected to be followed by everyone in the society.

What kinds of behaviours are expected from the people?

Discipline, manners, modesty, cooperation and civility are expected from the people.

What happens if one does not follow social rules?

If social rules are not followed properly then the society and social life will have to face various disasters. For example, marrying two girls by a boy is a crime in the society. It is also a social rule not to marry another girl if his wife is with him. If he does not follow the social rule, various problems will arise.

Why are social rules obligatory?

What kinds of good qualities should a person cultivate?

Being in the society, the person should help one another in times of need, participate in social functions, cultivate cooperation, friendliness, and a person should give high preference to social interest than his/her personal interests.

Why should we respect the differences?

What happens when we differentiate a person in the name of caste, culture or creed?

If we differentiate a person in the name of caste, culture or creed, then such person becomes morally corrupt and mentally slow.

What should a person consider to be of high preference?

A person should give high preference to social interest than his/her personal interests. Helping one another in times of need, cultivation of cooperation, friendliness, participation in social functions are some of the activities that a person should consider to be of high importance.

What do you mean by sanctity?

Sanctity is something very important and must be treated with respect.

What do you mean by creed?

A set of beliefs or opinions that strongly influence the people is creed.

What do you mean by creed?

A set of beliefs or opinions that strongly influence the people is called creed.