Respiration is the process by which the energy of the food is made availabe to the cells. The respiratory organs are lungs, gills, skin, etc. This note provide information about various types of respiration. In this note, we also discuss about the respiration in human body.

Our body cannot function without energy. We need the energy to conduct various life processes like digestion, excretion, movement, growth of our body parts etc. We eat food for energy. The food provides energy to our body. When we respire, we take breathe in oxygen. This oxygen helps in the burning of food and as a result, the energy is realeased. This energy is used to do various activities. So, the respiration can be defined as the process of releasing energy by the oxidation(burning) of food. Respiration takes place in the mitochondria of the cell.
Animals use oxygen for respiration and plant use carbondioxide for respiration. The simple meaning of respiration means breathing. Breathing is the process of taking in oxygen ans giving out carbon dioxide. Breathing includes two processes. They are inspiration and expiration. The process of taking in air is known as inspiration whereas the process of throwing out air is known as expiration. Respiration is not only the physical process but it isalso the chemical process. When we take in oxygen, the oxygen reacts with the food inside the cells and release energy which is called cellular respiration.Cellular respiration is the process of oxidisind food molecules that results in the release of energy. So, the respiration not only means breathing but it includes both breathing and oxidation of food molecules.

Talking about the respiration in plants, the respiration process in plant is very simple. Plant respire through stomata and lenticels. Stomata are the small tiny opening present on the surface of plant leaves. They lies on the lower surface of leaves. Each stomata is bordered by two specialized bean- shaped epidermal cells known as guard cells.They control the opening and closing of stomata. The stomata plays very important role in exchange of carbon dioxide, oxygen and water vapour in and out of the leaves. In some flowering plants, stomata are also present in stem of the plants. Lenticels are the small pores that are present in the surface of stem and leaves. They are lens- shaped spot that acts as pore. They are responsible for the exchange of gases between the internal tissue of plant and atmosphere. They are present mostly in stem of woody plants.

Gills respiration: This method of respiration is usually used by aquatic animals. Here, gills is used as a respiratory organ.Gills are thin tissue filaments which are highly branched and folded. Gills are covered by operculum and blood capillaries.These capillaries take up dissolved oxygen in the water and throw out carbon dioxide dissolved in blood.
As we know that frog lives both in land and water. Frog respires through lungs when it lives in water. They respire through the skin during hibernation and aestivation. When they are in the water, they respire through their moist skin.

About the respiration in the human body, various types of organs are involved in respiration process. Organs that are involved in respiration process are nose or mouth, pharynx, larynx, trachea, bronchus, and lungs. At first, the air enters into the pharynx through nose and mouth. The air becomes moist and warm when it passes through the nose. The microscopic hair present in the nose helps to purify the air. Then from the pharynx, it passes into the larynx that is located at the top of the wind- pipe or trachea. The trachea moves downward and divided into left and right bronchus which enters the lungs. There is a pair of spongy, air- filled organs known as of lungs. They are just below the rib cage and above the diaphragm. Lungs is a very important part of respiratory systems.The lungs are covered by a thin tissue layer called the pleura.The right lung is a little wider than the left lung, but it is also shorter.

When the air passes through the larynx or voice box, the air goes down the trachea. The trachea divides into two bronchial tubes known as bronchus. The bronchus enters the lungs of their respective sides and again divided into fine smaller branches known as bronchioles. These bronchioles are connected with tiny air sac called alveoli. There are about 150 million alveoli in each lung. There are that much alveoli in lungs that the alveoli of one lung can cover an area roughly the size of a tennis court. The alveoli are connected with blood vessels and capillaries. This blood vessel and capillaries help in the absorption of oxygen from the lungs or alveoli. They also help in throwing out carbon dioxide from the different parts of the body into the lungs. 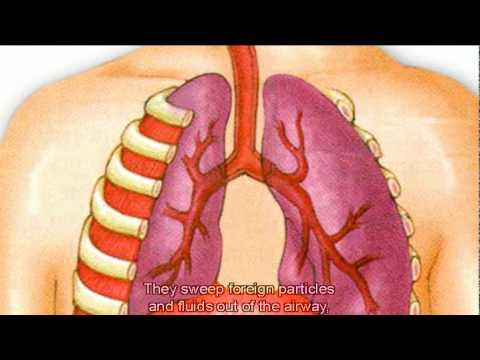 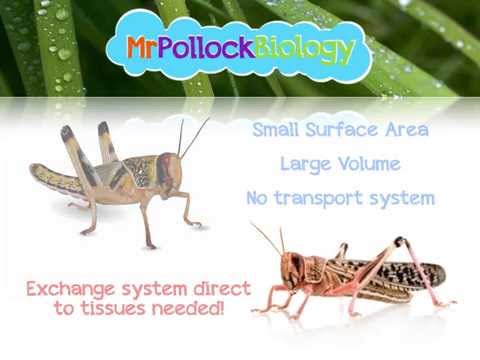 What are the types of respiration. Define them.

There are two types of respiration. They are anaerobic respiration and aerobic which are defined below,

Write all the parts of respiratory system in human body.

The parts of respiratory system of human body are given below,

Write something about stomata.

Stomata are the small tiny opening present on the surface of plant leaves. They lies on the lower surface of leaves. Each stomata is bordered by two specialized bean- shaped epidermal cells known as guard cells.They control the opening and closing of stomata. The stomata plays very important role in exchange of carbondioxide, oxygen and water vapour in and out of the leaves. In some flowering plants, stomata are also present in stem of the plants.

The process by which energy is produced by the oxidation (burning) of food is called respiration.

Breathing is the process of taking in oxygen and giving out carbon dioxide.

What is cellular respiration?

Cellular respiration is a biological oxidation of organic molecules that results in the release of energy.

The combustion of food and releasing energy in the presence of oxygen is called oxidation.

What is anerobic respiration?

Respiration that takes place in the absence of oxygen is called anerobic respiration.

What is aerobic respiration?

Respiration that takes place in presence of oxygen is called aerobic respiration.

Which parts of plants helps in respiration?

Lenticels and stomata helps in respiration in plants.

What is cutaneous respiration?

Respiration done through skin is known as cutaneous respiration.

Which is the major respiratory organ of human body?

The major respiratory organ of human body is lungs.

The lungs are covered with a thin layer called pleura.