Heat is a form of energy which gives the sensation of warmth. This note provides information about heat, transmission of heat, thermos flask and thermometer with suitable activity and observation.

Heat is a form of energy that gives the sensation of warmth. It is obtained from hot bodies. It always flows from hot object to cold one. Heat is measured in joule, calorie etc. Coal, diesel, gas, etc. burn and produce heat energy. Heat energy is produced due to the movement of molecules. We feel hot when the sun shines. This shows that the sun is the source of heat energy and produces heat. Heat is produced from friction, electricity, chemical reactions, collisions, etc. The sun is the main source of heat energy. We use heat energy in our daily activities like for cooking, drying clothes, boiling water, producing steam to generate electricity, producing warmth, for steam distillation etc. When heat is applied to a body, it increases the volume, increases temperature and changes the state.

Conduction is the form of heat transfer from one particle to another without the actual movement of particles that takes place within solid when one portion of the object is heated. Energy is transferred from heated area to the unheated area on the basis of the difference in temperature. Conduction takes place in solids.

For example: when we touch the side of burning stove we feel hot. The stove is made of metal and metal is a good conductor of heat. Here, heat is transfer from the heated area of the stove to the unheated area of the stove through conduction.
Molecules of solids are closely packed. When we heat the solid objects then the molecules absorb the heat energy. As it absorbs the heat energy it starts getting vibrating which disturbs the another molecule which is in close contact with it. It transfers heat energy to its neighbouring molecule which again starts vibrating and again transfers heat energy another molecule and so on. Like this, all the molecules of the solid vibrates and heat is transferred. This method of transmission is known as conduction.

Objective: To demonstrate the transmission of heat in solids by conduction.
Materials required: Stand, iron rod, candle and Bunsen burner
Procedure: Bring an iron rod and fit it horizontally in the stand. Heat the one end of the rod with the help of Bunsen burner and put the other end of the rod in close contact (join the rod and the candle) with the candle.
Observation:
After few minutes, you can observe that the part of the candle where the iron rod is attached, melts.
Conclusion:
This experiment proves that the heat is transferred from the hot end to the cold end of a body by conduction.

For example: When we heat water in a pot, the heat passes from the burner into the pot, heating the water at the bottom. After this, the hot water rises and cooler water moves down to replace it. As a result, all the water contents of the pot are heated at the same temperature. Here, transmission of the heat takes place through the actual movement of water molecules.

Activity 2
You can observe your parent cooking food. Firstly only the bottom part of the pot or one of the dishes is heated but the food of upper part is also cooked though the heat is not supplied in the upper part. What is the reason behind this? What do you conclude from this?

Experiment
Objective: To demonstrate the transmission of heat in liquids (convection).
Materials required: Water, stove, beakers.
Procedure: Take a beaker full of water. Then placed the beaker on a stove and heat the water. Heat the water until it boils.
Observation:
After few minutes the water (upper part) starts boiling though you apply the heat on the bottom of the container (lower part of the water).
Conclusion:
This experiment proves that heat is transferred from the body at higher temperature to the body of lower temperature through convection.

Radiation is the third mode of heat transfer. It does not require any medium to transfer. It is the transfer of heat from higher temperature to lower temperature without affecting the medium. We feel hot when the sun shines although the transmission mode of transfer of heat is neither conduction nor convection. Here, the mode of transmission of heat is radiation. The heat energy emitted by the hot body is called radiant heat. It also takes place in a vacuum as no medium is needed to transfer heat energy.
For examples: We feel hot when we sit near the fire due to radiation, we feel warm in our face due to sun’s heat, we get heat from the heater etc.

Activity 3
During the winter season, when we go outside in the sunlight, we feel hot or warm. What is the reason behind this? What do you conclude from this?

Blowing of Air or wind

Thermo flask or vacuum flask is a device that preserves the temperature of hot or cold liquids for several hours. A British scientist named James Dewar invented thermos flask in 1890 A.D.
Structurally, there is a vacuum inside which reduces the heat lost due to conduction or convection. It is made of the double- walled glass vessel, outer case, cork support, stopper and a lid. The outer surface of the inner wall and the inner surface of the outer wall are silvered to reduce heat loss by radiation. Its mouth is closed by the cork that is made of a bad conductor of heat like wood, plastic, etc. The glass vessel is kept on cork pad and surrounded with an outer case. It helps to preserve the temperature of the liquids.

The disadvantage of using mercury as a thermometric liquid is that it cannot be used in the very cold region to measure very low temperature as it’s freezing point is -39 degree Celsius.

Activity 4
Bring a mercury laboratory and alcohol thermometer from the laboratory. Study its structure carefully. Then measure the temperature of your body by using both of the thermometers. What do you find? What do you conclude from this experiment? 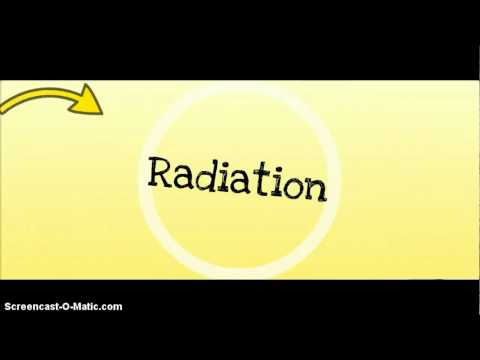 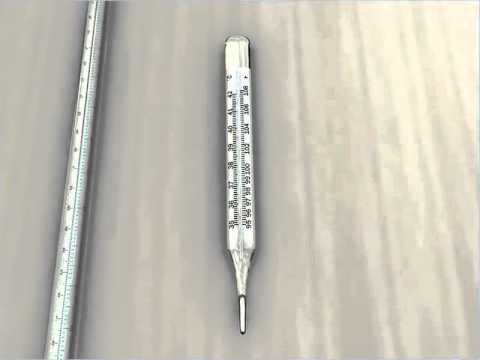 What are the effects of heat?

The effects of heat are as follows,

Write any four disadvantages of using alcohol instead of mercury in a thermometer.

Any four advantages of using alcohol instead of mercury in a thermometer are as follows,

Write any four advantages of the use of mercury in a thermometer.

Any four advantages of the use of mercury in thermometer are as follows,

Write any three advantages of using alcohol as a thermometric liquid.

Any four advantages of using alcohol as a thermometric liquid are as follows,

Radiation can be defined as the transmission of heat from the body at higher temperature to the body at lower temperature without affecting the medium.
Examples: During winter season, we feel hot when sun shines.
We feel warm when we sit near the fire.

What are the differences between heat and temperature?

What are the differences between Convection and Conduction?

The differences between convection and conduction are given below,

What are the differences between thermo flasks and thermometer?

The differences between thermo flasks and thermometer are as follows,

What are the differences between conductors and insulators?

The differences between conductors and insulators are given below,

What are the differences between convection and radiation?

The differences between convection and radiation are as follows,

Heat is a form of energy which causes the sensation of warmth or coldness.

What is transmission of heat?

Conduction is defined as the transfer of heat from one particle to another without the actual movement of the particles.

What is the main source of heat energy?

The sun is the main source of heat energy.

What are the three modes of transmission of heat?

The three modes of transmission of heat are conduction, convection and radiation.

Convection is defined as the transfer of heat by the actual movement of molecules of a medium.

Radiation is defined as the transmission of heat from a hot body to a cold body without affecting the medium.

The degree of hotness or coldness of a body is called temperature.

Which device is used to measure the temperature of a body?

Thermometer is used to measure the temperature of a body.

What is thermos flask?

It is a device that keeps hot liquids hot and cold liquids cold for several hours is called a thermo flask.

What do you mean by convection of air?

The movement of hot and light air upward and heavy air downwards is called convection of air.

What is the principle of thermometer?

Thermometer is constructed on the principle that fluids expand on heating and contract on cooling.

What is the freezing point of mercury?

The freezing point of mercury is -39 degree celcius.

What is the boiling point of mercury?

The boiling point of mercury is 357 degree celcius.

What is the freezing point of alcohol?

The freezing point of alcohol is -117 degree celcius.

What is the boiling point of alcohol?

The boiling point of alcohol is 78 degree celcius.

Mercury thermometer cannot measure the temperature below -39 degree celcius so it cannot be used to measure very low temperature.

Thermo flask was invented by James Dewar, a British scientist in 1890 A.D.

What is clinical thermometer?

The thermometer used by doctors to measure the temperature of our body during high fever is called clinical thermometer.

What do you mean by thermometric liquid?

The liquid which are filled inside the bulb of a thermometer are called thermometric liquid.