There are various types of force like pulling force, pushing force, etc. This note provides information about types of pulling force with activities, distance, and displacement, scalar and vector quantity and acceleration.

We do various types of works in our daily life like kicking a football, pressing something, twisting rods, playing cricket, pulling and pushing, lifting water from the well, etc. If we want to shift our table or anything from one place to another place then, we either push or pull the table to maintain in that place. It means that to move any object from one position to another position, that object has either to be pulled or pushed. This pushing and pulling of a body is known as force. It can also be defined as the pull or push which changes or tends to change the position (either rest or motion) of a body. It can change the state of the body. The SI unit of force is Newton (N) and the CGS unit is dyne. It has both magnitude and directions.

Pulling force:
We use force to pull a table from one place to another. We pull rope towards us while playing tug of war. Similarly, while pulling Machhindranath chariot in Newari festival in Nepal, a force is used. This force is known as pulling force. It is the force that pulls or tries to pull an object.

Pushing force:
We use force to push our vehicles if it stops working. To push a cart a fruitier uses a force. To open the window we use a force. Such force is called pushing force. It is the force that pushes or tries to push an object.

Activity 2
Bring a table and a chair. Then, push the chair and table separately. Find out the difference between the force required pushing the chair and the table. What do you conclude from this activity?

Activity 3
Ride a bicycle in a circular motion. During the ride, you will bend towards the centre and the mud fly off tyres of your bicycle while riding. What is the reason behind it?

Gravitational force:
A special type of force in the universe or planets of the solar system which causes the planets to revolve around the sun in its own orbits. The moon also revolves around the earth due to the presence of force. This force is known as gravitational force. It is the force that acts between any two objects because of their masses. Similarly, if we throw something up in the sky, it returns back to the earth after few seconds due to the force of attraction exerted by the earth that pulls all object towards its centre which is known as gravity.

Activity 4
Take your eraser and throw it towards the sky. What do you observe? After some time, the eraser returns to the ground. What is the reason behind it?

Magnetic force:
It is the force of attraction exerted by the magnets. For examples when we bring the things like iron, cobalt, nickel etc near the magnets then they are pulled towards the magnet due to the magnetic force. It is used to separate iron from mixtures of dust particles and other non- magnetic substances. It is also used to remove iron dust from our eyes.

Electrostatic force:
It is the force exerted by the electrically charged body. It produces electrical force. For examples, when we rub the measuring scale in our dry hair and bring it near the pieces of paper then it attracts the paper towards it. It is due to the development of charges on the scale by rubbing it in dry hair.

Frictional force:
When two body surfaces are slide just opposite to each other, a special type of force acts upon it or in-between them which opposes the motion of the body. Such force is known as frictional force. Frictional force increases as the weight and the roughness of the body increases. The molecules of the two surfaces in contact attract each other because of the electrostatic force due to which they stick each other at a microscopic level opposing the motion of one another. Friction is also called the necessary evil, as it is both useful and harmful.

Activity 8
At first, bring football and roll it with equal force once on a rough floor or football ground (grass) and later on a smooth surface or basketball court. In which case does the ball stops earlier. What is the reason behind it?

It is the shortest distance between the initial position and final position. It has both magnitude and direction so it is a vector quantity and is measured in metre in SI system.
For example: let us consider the example of distance, If you move directly from point A to B to E instead of moving from A to B to C to D to E, then total distance covered by you will be the shortest distance then 1st one.
Distance covered = AB + BE
= 3m + 2m
= 5m

This shortest distance is the displacement which is in fixed direction.

These are those physical quantities that are fully described only a magnitude (or numerical value) alone. Mass, length, time, distance, area, volume, etc are some examples of a scalar quantity. Mass have magnitude but it does not have direction, so it is a scalar quantity.

These physical quantities are described by both magnitude and direction. Displacement, velocity, acceleration, force, etc are some examples of the vector quantity. Force has magnitude as well as the direction of where it is applied, so it is a vector quantity.

It is the distance covered by the body in per unit time. It has both magnitude and direction. It’s SI unit is metre per second i.e. m/s. It is calculated by:
Speed =\(\frac{Distance\; travelled (s)}{ Time\; taken (t)}\)

A body is said to be in uniform velocity if it covers the equal distance in equal interval of time in a fixed direction. It is a vector quantity and is measured in metre in SI system.
Suppose, a cycle is moving from point A to B. It covers 5m in every second. So, it is moving with uniform velocity.

Acceleration is the rate of change of velocity with time. It’s SI unit is metre per second square. It has both magnitude and direction. The change in velocity is described in terms of acceleration. It is the rate at which object changes its velocity. Acceleration is zero when a body moves with uniform velocity as there is no change in velocity. It is calculated by given formula,
Acceleration = \(\frac{Change \; in \; velocity }{ Time \; taken}\)
= \(\frac{ Final \; velocity (v) – Initial \; velocity (u)}{ Time \; taken (t)}\)
= \(\frac{ v – u}{t}\)
Where,
u = initial velocity
v = final velocity
t = time taken

Videos for Force and Motion 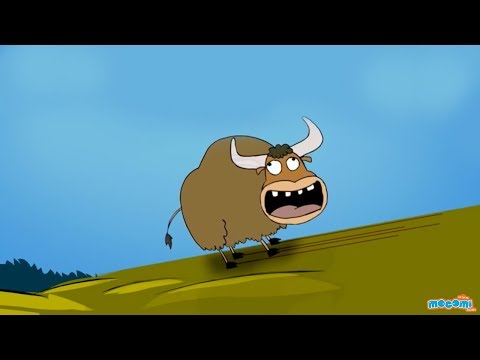 What are the differences between pushing force and pulling force?

What are the differences between centripetal force and centrifugal force?

The differences between centripetal force and centrifugal force are given below,

What re the differences between gravitational force and magnetic force?

The differences between gravitational force and magnetic force are given below,

What are the differences between distance and displacement?

The differences between distance and displacement are as follows,

What are the differences between scalar quantity and vector quantity?

The differences between scalar quantity and vector quantity are as follows,

What are the differences between speed and velocity?

The differences between speed and velocity are as follows,

A car covers a distance of 500 metres in 30 seconds. Calculate the speed of the car.

A bus is moving with the velocity of 30m/s. Calculate the distance covered by the bus in 15 seconds.

\(\therefore\) The distance travelled by a bus in 15 seconds is 450metres.

A bus starts from rest. If it gains an acceleration of 10m/s2 in 5 seconds, calculate the final velocity.

The earth revolves around the sun, why?

Time is called scalar quantity, why?

Velocity is a vector quantity, why?

What are the advantages of friction?

The advantages of friction are as follows,

What are the disadvantages of friction?

The disadvantages of friction are as follows,

What are the methods of reducing friction?

The methods of reducing friction are as follows,

Friction is called the necessary evil, why?

In some cases, friction is useful and in other cases it is harmful and needs to be reduced. Therefore, friction is a necessary evil.

Name any five types of forces.

The five types of forces are as follows,

What are scalar quantity and vector quantity? Give three examples of each.

What do you mean by uniform velocity and variable velocity?

Force can be defined as the pull or push which changes or tends to change the position (either rest or motion) of a body.

What is pulling force ?

Pulling force can be defined as the force that pulls or tries to pull an object.

What is pushing force ?

Pushing force can be defined as the force that pushes or tries to pull an object.

The force that acts towards the centre when object is in circular motion is called centripetal force.

What is centrifugal force ?

The force that acts away from the centre during circular motion is called centrifugal force.

What is muscular force ?

The force exerted by muscles of a body is called muscular force.

What is gravitational force ?

The force which acts between any two objects because of their masses is called gravitational force.

Gravity is defined as the force of attraction exerted by the earth which pulls all objects towards its centre.

What is magnetic force ?

The force exerted by a magnet is called magnetic force.

What is electrostatic force ?

The force exerted by an electrically charged object is called electrostatic force.

What is frictional force ?

The force which opposes the motion of one body over the other when they are in close ontact is called frictional force.

The shortest distance covered by a moving body in a fixed direction is called displacement.

The speed of a body is defined as the distance covered by the body per unit time.

What is average velocity ?

The mean of initial velocity and final velocity of a moving body is called average velocity.

The rate of change in velocity of a body with time is called acceleration.

What is scalar quantity ?

The physical quantity having only magnitude but no direction is called a scalar quantity.

What is vector quantity ?

The physical quantity having both magnitude and direction is called a vector quantity.

If a body covers equal displacement in equal interval of time then the velocity is called uniform velocity.

It is defined as the velocity of a body when the body cover equal displacement in equal interval of time.

Give any one disadvantage of friction.

Friction reduces the efficiency of machines.