Wildlife Reserves are the separate reserved area established for the protection and proper management of endangered wildlife. Here, the endangered animals are protected by conserving their habitats. In wildlife reserves, hunting, cutting down of trees and grasses, grazing, etc are not allowed. The Government of Nepal has established three wildlife reserves in Nepal. They are given below,

It is located in eastern terai of Nepal. It was designated as Ramsar site in 1987. It is surrounded by Saptakoshi river from east and west. It covers the area of Sunsari, Saptari and Udayapur districts. Its main aim is to conserve and promote the wild water buffalo. This reserve is covered by sisso and khayar, grasslands, and marshy vegetation. Wild animals includesSpotted deer, Asian Elephant, Hog deer, Wild pig, Blue bull, Water buffalo, etc. Birds like Watercock, Indian nightjar, Dusky eagle owl, Black-headed cuckoo, Grassbird, Fish eagle, Swamp francolin, etc are found in this wildlife reserve.

Parsa Wildlife Reserve is the largest wildlife reserve in the country that is located in inner terai lowlands of south- central Nepal. It covers the area of Makawanpur, Bara, and Chitwan districts. The reserve supports a good population of resident wild elephant, tiger, leopard, sloth bear, garu, blue bull and wild dog. Other common animals are sambar, chital, hog deer, barking deer etc. Birds like Giant hornbill,Peafowl, red jungle fowl, flycatchers, etc are found in this wildlife reserve. It contains sal forest, constituting about 90% of the vegetation and grasslands.

The reserved area that is established for licensed hunting is called hunting reserve. Dhorpatan Hunting reserve is the only area in Nepal where licensed hunting is allowed. It was established in 1987 AD. It lies inRukum, Myagdi and Baglung Districts in the Dhaulagiri Himal range in West Nepal. The total area of this reserve is about 1325 km2. Common plant species found in this reserve include fir, pine, birch, rhododendron, hemlock, oak,junip etc. It is one of the prime habitats for blue sheep. Other common animals found in this reserve includes leopard, goral, serow, Himalayan tahr, Himalayan black bears, barking deer, wild boar, rhesus macaque, langur etc.

It is the largest conservation area of Nepal that is located in the Annapurna range of the Himalayas across Manag and Lamjung districts. This conservation area has become the most popular trekking destination in Nepal due to its natural and cultural feature. This conservation area is managed by the National Trust for Nature Conservation which is conducting various activities like Conservation of resources, Tourism management, Community development, Education and Extension for the conservation of this area. This area is very rich in flora and fauna. It contains 478 species of birds, 39 reptiles, 22 amphibians and 100 mammals. Various species of butterflies are also found in this area. Snow leopard, Blue ship, multi- coloured Impheyan, Koklas, Blood pheasant etc are found in this area.

It includes two VDCs of Ramechhap, 14 VDCs of Dolakha and 6 VDCs of Sindhupalchowk districts.Wild animals in this park include the Himalayan black bear, red panda, snow leopard, musk deer, rhesus macaw and blue sheep. The birds found here include impeyan pheasant, shy drongo and red-billed blue magpie.34 species of mammals, 14 snake species, 16 species of fish, 10 types of amphibians and 8 lizard and 235 species of birds have been recorded in this conservation area. It is the river from which rivers like Khimti, Bhotekoshi, Sunkoshi and Tamakoshi takes its origin.

It is located in Bardia District. Its main aim is to conserve the endangered Blackbuck (Antelope cervicapra cervicapra). The population of krishnasar has increased to 213.

Videos for Wildlife Reserve and Conservation Area of Nepal 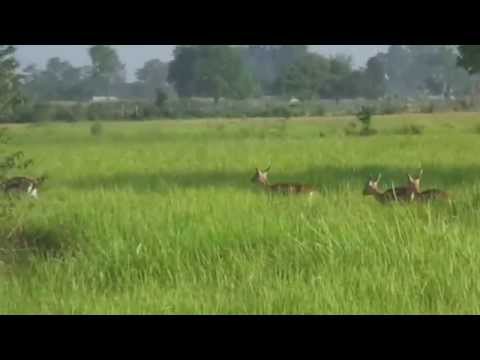 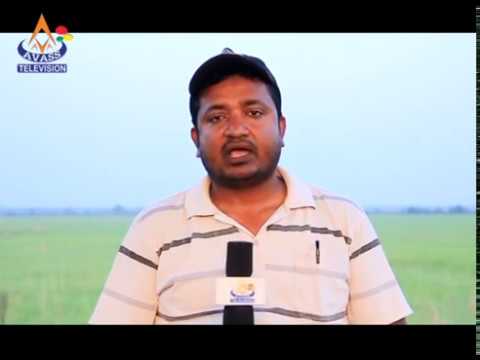 Write the names of three wildlife reserves of Nepal.

The names of three wildlife reserves of Nepal are given below,

Names of any three conservation area are given below,

Write the total area of given wildlife reserves.

Write the establishment date of the given conservation area.

What is wildlife reserve?

A separate reserved area for protection and proper management of endabgered wildlife is called a wildlife reserve.

What is hunting reserve?

What is conservation area?

How many wildlife reserves are there in Nepal?

There are 3 wildlife reserves in Nepal.

When was Parsa Wildlife Reserve established?

How many Conservation Area are there in Nepal?

There are six Conservation Area in Nepal.

When was Annapurna Conservation Area established?

What is the main goal of Krishnasar Conservation Area?

When was Dhorpatan Hunting Reserve ?

When was Manaslu Conservation Area established?