People who limits theirs desires and satisfy themselves in what they have in recent are found to be more happy than that of the people who runs after things they don’t have and keep worrying about the things they lack. Virtual happiness is within the materialistic achievement which expires with the short period of time but real happiness lies within the satisfaction of person itself. Wealth never can attain the permanent happiness whreas happiness for lifelong can be achieved through limiting the desires and contentment.

Some people want their life to be simple without any complications with no destraction of anything and some live very complicated life through interfering each and every subject matter eventhough it's not needed. Living within a limitation with limiting own needs and desires without expecting more and performing our duty and responsibilities without causing any harm to other people and their life is meant by simpe living. Simple living forms the clear picture of not having any complicated livelihood. This is an ideal form of living. Simple living denotes expecting less from life and working hard to make life stable in a proper way. Expecting more always comes with a disappointment so when expected less there is less risk of disappoinments and lesser the risk less is the sadness hence simple living have facilitates with less chance of sadness too. Simple living is the way of living where no interference is made and no interference results nil chance of disputes too and when no means of disputes occurs not any trouble and harm to others is made and this could make one to live a peaceful life. On the other side, high thinking means making thoughts in a positive way which directly uplifts betterment and improvements in living standard. When we have high thinking, simplicity is automatically managed. High thinking leads to simple life, knowingly. Therefore, simple living and high thinking is related to each other.

Every people have different want and interest. Common want of people refers money, good job, prosperity and good health. Some people want money, some people want a good job, some people want a house, car, and many more luxurious things, some want good health, some want to name and fame and so on. Needs and want differs from person to that of another person. Small children want toys, adolescence wants a good education, youth wants time and space, food and cloths, old aged people want to love and care. However, the ultimate need of every people is comfortable livelihood and happiness in life.

When everyone wants comfort and final destination of life is to achieve happiness then the question can be raise , What is happiness? Where is happiness found? Very often people say rich people are happiest persons in a world then, Does happiness lie in money? Only rich people are happy then? But the contradiction is that rich people too doesn't seem to be happy at all despite they seemed to be more stressed out. People who are not rich and lack improved financial status believe rich people are happy and rich people believe people who are in need of money else are happier than them. Money basically is not the means for happiness, the more we have the more we want, Money only extend the level of want of people which has no need and this extension of want puts them in tensed situation. Where can else happiness be found then?

In reality, happiness can be in capabilities of a person. Capabilities to be happy with what we have already got. If a person limits his/her want and stops thinking and worrying about the things he/she can be happy. Taking timely tensions about the things which didn’t work out and thinking much about the things that the person never got increases the stress level hence if person satisfies himself/herself in utilizing the resources he has in his present influences his/her happiness.

Happiness lies within ourselves just the need is you should explore yourself. One should find out the reasons where he/she can collect happiness. You got unhappy when you can’t get admission in avanced expensive schools or colleges but when you see street children not being able to afford simple schools too you feel lucky at least you arenot one of them. You often get upset when ypu have no sufficient money but whenever you see beggars begging for a singke penny you feel happy at least you arenot in such situation. You often demand fashionable new shoes and will be unhaooy if you didn’t get a pair of it but when you see many people having no legs, you thank god for giving you legs and feel happy. A person with all the things can be found to be unhappy and people lacking many things needed to live comfortable life seems to be happy. This proves happiness is not in materialistic things this is the state of your mind and happiness depends on upon your attitude what ways you choose to be happy whether u feel unhappy for the things you don’t have or either you will be happy for the things you have at present.

Once, there was a boy who was very young, charming and handsome. Due to misfortune one day on the way to his work he got an accident. His car got crashed with that of the truck. And due to that accident he lost his left hand forever. He got recovery for his physical injuries but the loss he achieved left him in terror of living life in a very miserable way. The young man now was a most stressed man in his world. He started lamenting for his birth. He didn’t take food for so many days, refused to smile and due to such state of his mind, he finally decided to commit suicide. To give up his life he went to the terrace of his tall building and was ready to jump. But as he was intending to jump he saw a man without hands. The man lacks both of his hands but despite that he was very happy and was singing all the way. Seeing him, the young man realized if that man without both of his hands can be that happy then as compared to that man the young man was far able to live his life in an easier way at least he has got one hand on him. He regretted his stupidity and decided to work for living in a very comfortable way. This shows happiness lies within own satisfaction. A person can be happy when he/she satisfy himself in the circumstances he belongs to at present. Positive thought about life broadens the thinking capacity and this enables one to live a very easy life.

Many types of research have been done over human psyche in order to analyze the state of their mind. Such research has estimated the fact that happiness of people is not basically determined by the proportion of wealth that one does have. In the race of today where people runs for a name, fame and money are losing the comfort in their life. To match competition of today’s market people themselves are making their life very complicated. Greed of money is enabling them to waste the time which they won’t be getting again. There’s no entertainment but the pressure of being wealthy is still on. Material wealth comes with temporary happiness when wealth runs out happiness to get collapsed. Each should be conscious about finding a real source of happiness which is within own satisfaction than that of the temporary happiness. Thinking about true happiness and working to explore its real source clarify the vision of simple living and high thinking. 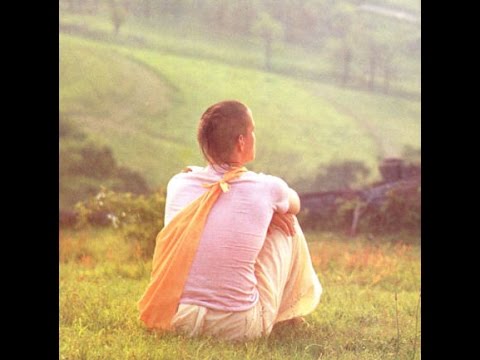 What is an ideal form of living ?

Simple living forms the clear picture of not having any complicated livelihood is an ideal form of living.

What leads to simple life knowingly?

What is the common want that people refers?

Does happiness lie in money?

No, money basically is not the means for happiness.

The act of making up your mind about something is said to be determination.

What is meant by contentment?

Contentment is the happiness with one's situation in life.

What happens when high thinking enters our mind?

When high thinking enters our mind, simplicity and ordinariness automatically come to life.

Happiness can be found in contentment. Contentment is your ability to be happy with what you have already got. It is your satisfaction at what you have at present rather than wanting more or something better.