Religion is convinced with the ideology of truth and being moral. If a person lies and upholds no truth then he goes against rules, regulations and obligations of religion. Religion is guided by morality hence when violence takes place there’s no religion. This note has information about religion.

The fundamental set of beliefs involving religious and ritual observances is meant by religion. Religion is a supreme force that guides each to step upon the right path. A faith made to enhance moral value and sense of right are human religion. All in the universe that exists is meant to in favor of a human. Hence, human religion has a significant role.

A person is very educated and knowledgeable but lacks to utilize his/her skills and knowledge in an appropriate field and fails to make the right decision then he might not be great with knowledge itself, only.

Religion is convinced with the ideology of truth and being moral. If a person lies and upholds no truth then he goes against rules, regulations and obligations of religion. Religion is guided by morality. Hence, when violence takes place, there’s no place for religion .

Religion is the moral code that contains rules and regulations with its limitations. Religion is also the pre-disciplinary act that limits discipline and attitude. Religion always has been protecting us. It has been preserving our well being and hence the importance of religion too is very great. Religion is the set of moral values that limits the humans under certain obligations. Human needs are being limited and when such limitations are set, human usually keep their track in following moral values of life.Human makes no efforts to go out from that of the boundary of disciplines and hence proper attitude and human nature can be maintained in a proper way. Religion protects our existence so that our existence in the world is possible. Religion provides the world a privilege to manage rules, disciplines so that every human will be conscious about their limitations and responsibilities. It has to make the world peaceful, significant and well managed. Hence, religion carries huge importance in itself.

Religion always seeks truth with no false evidence and lies. No existence of religion can be made on the surface of falsehood. Religion, in itself, is very superior. It is the moral body that leads a human life in a right path. All religions stand for the high importance of truth. Religion has the symbol of truth. With the support of religion, true facts can be stored out and no cheat can be made referring a lie. And this nature of the religion of advocating about truth has great importance.

Being true and speaking the truth is an essence of every religion. Every religion demands to be loyal towards truth. All the things we see, we hear and we know are meant to be told in a clear format. We should explain it honestly with no sense of hiding anything. If the truth is bitter then it should be told in a polite way so that any person related to that case won’t be affected much. If the truth is harsh then the things are to be explained sweetly. Our norms and values have always taught us to be true, polite and honest. In any case, if the truth is against the welfare of people then one should be aware of the way of revealing the truth and should be knowledgeable about the right time of telling the truth.

Religion focuses on a fair set of beliefs. It contradicts all sorts of violence. Religion is based upon truth, hence no means of immoral acts are carried under an ideology of religion. In this sense, religion helps to expand and extend the feeling of non-violence. Religion enables everyone to carry up ethnic values dominating the violence and enmity and enhance the sense of being all in an equal level where no person is supposed to be biased. Religion compressed everyone within the boundary of humanity. It influences each to give up an attitude of non-violence and develop brotherhood regarding all human children of the same mother. We should regard all creatures as being ourselves. No creature is distinct from that of the another. Religion teaches us to respect the dignity of each creature and value their existence. In this way, every religion is a pre-known set of practices that stands for non-violence, humanity, equality, brotherhood, harmony and so on.

Religion helps to maintain the peace too. Religion teaches us to give up jealousy, greed, and anger. In absence of external factors that hinders the well-being of people, religion helps to manage peace in the life of all living beings. When a person becomes free from any kind of stress he/she can live his/her life in a balanced way and can plan better to upgrade the living standards and management of stress is the state of peace. Therefore, peace is the source of happiness and comfort for human beings. When a person stabilizes himself/ herself in the peaceful environment, he/she can work for personal growth, improvement of own personality, gain progress and achieve prosperity. Seemingly, the person who loses his/her temper very fast and gets irritated in minor issues never tends to be happy. A person who is disturbed due to the habit of thinking much is never appraised by happiness. A person with the disturbance in life due to external and internal factors never achieves happiness. Peace can be obtained when people work according to plan and handle things in a very smart way. And such peace is purposed by religion. If we finally give up our excessive desires, unlimited wants, greed, and enmity then core feelings of ours will begin to love all equally and an importance of each will be identified and life will be more comfortable. In this way, religion gives us so many opportunities to recognize our actual importance and our priorities and create the way for making our life meaningful, easy and happy.

People are avoiding bad behaviors and attitude only due to lessons of religion. Religion emphasizes on being correct, loyal and true. Before attempting any kinds of immoral activities, people think twice whether it could affect others or not. People are afraid of committing any kind of unacceptable things. People believe if they performed these activities, the consequences of it could be even harsh. The activities of people are being limited within the boundaries provided by religion. Religion aid to enable people to think about their own pride and provides capabilities to distinguish between wrong and right. When religion helps a person in that level where a person can rectify his/her mistakes and correct his/her wrong deeds, it directly helps in enhancing personal development. Hence, religion plays a significant role in everyone’s life.

Even though religion helps a person in his/her personal growth to social livelihood, still different types of disputes, events of violence occur. Means of hatred among people are found. Domination and disturbances are taking place in different parts of the world today. Violence hinders the systematic pattern of religion. Religion pleads for peace and brotherhood though some parts of the world are not able to respond the need of religion. Religion has a feature to bring out the peace thus in order to elaborate the well living format of living with no disturbance there is the greatest importance of religion to all.

Videos for Importance of Religion 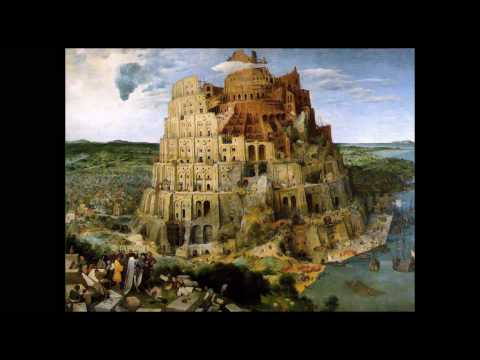 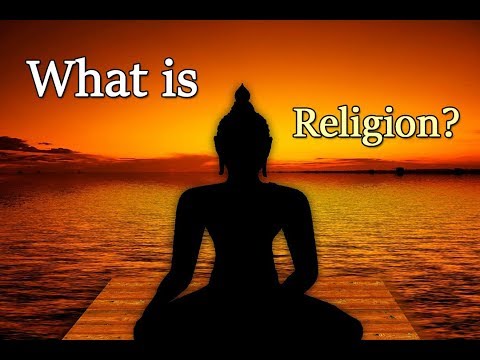 Fundamental set of beliefs involving devotional and ritual observances is meant by religion.

Agitation is a mental state of extreme emotional disturbance.

Depravity is the state of being morally bad.

Brotherhood is the feeling that men should treat one like brothers.

Enmity refers to the state of deep-seated ill-will.

Why is man greater than other animals?

Man is greater than other animals due to religion.

The absence of war, violence, conflict is simply known as non-violence. Non-violence is a situation in which someone avoids fighting or using physical force, especially when trying to make political change.

When person becomes free from any kind of stress he/she can live his/her life in a balanced way and can plan better to upgrade the living standards too and management of stress is the state of peace.

Why should we speak the truth?

Being true and speaking the truth is essence of every religion. Every religion demands being loyal towards truth. All the things we see, we hear and we know are meant to be told in a clear format, we should explain it honestly with no sense of hiding anything. If the truth is bitter then it should be told in a polite way so that any person related to case won t be affected much. If the truth is harsh then the things are to be explained sweetly. Our norms and values has always teached us we should be true, we should speak in soft, polite and sweet form in favour of truth. In any case if the truth is against the welfare of people then one should be aware about the way of revealing the truth, should be careful about when to say the truth.

What is against the religion?

Depravity and derogation is against the religion.

Why is the importance of religion very great?

Religion is the man's simple behaviour. It is rule, regulation, discipline and propriety. It is a means to spread useful qualities to human beings . As religion always protects ad safeguards us, so the importance of religion is very great.