Respecting others, behaving well, well mannered all are the reflection of civilized being. One should be concious enough to respect each individualism. Sense of equality is must among the group of people. Our behaviour shows how we are and what progress we can make therefore, in order to make the society civilized we should maintain good behaviour.

To develop human civilization, society plays the vital role. When a number of people denote society as their common home, its responsibility of each of them to preserve the society and its assists. Civilization is the backbone of every society. Hence, in order to civilize the society, every member of the society should behave in a good manner and should behave well. If the opinion contradicts, both parties should come at the same place in order to discuss the problems and are suppose to sort out the problem with mutual agreement. Mutual understandings and respect for another are major elements for the development of the society. Understanding and respect for another is the key point for the development of the society.And respecting other is one of the symbols of own good behaviour.

Knowingly, our country is divided into the group of people belonging to different religion, language, race, culture etc. Hence, Nepal is called beautiful garden of four castes and thirty-six sub-castes. Though people are identified in accordance with their religion or either race, the major truth is they all are Nepalese and they all reflects Nepalese society. In accordance to this, one shouldn’t have the misconception that the religion, caste, race, etc. we belong is superior to others and other people belonging to different religion, race, caste, etc. is the inferior one. We must remove evil concept related to superiority and inferiority in order to place all people in the same level. We must respect other people, their religion, caste, race, and culture. Focusing on individual identity and memorizing the view of every individual being unique, we must respect other’s existence. No discrimination, no means of exploitation are meant to be held. Every person has nature gifted uniform i.e. skin. Hence, on the basis of the colour of the skin and their race, no system of untouchability are meant to be followed. We should learn to respect all equally. This is called good behaviour.

Society is weak not only with the virus of discrimination but also in accordance with race, culture, and religion but is affected by patriarchal society too. A patriarchal society is where male are given the supreme privilege and female are called the inferior and weak one. Discrimination among the gender seemingly is prevalent from ancient period of time. Though it is meant to be working on the basis of the principle of equality still, in some of the societies, women are treated as being the inferior one, day to day women are being mistreated and exploited. Such discrimination is seen over the children too. Till the date, when families are expecting new born baby, they expect the baby to be male. The concept of continuing family generation from male children is still practiced out in our society. And within this practice, a female child in a family are avoided and often are kept away from various, meaningful opportunities. Though constitution has mentioned that any discrimination among genders is strictly restricted, gender inequality is still in practice. Men and women are the wonderful creation of nature, hence when one fails to participate, the another one fails knowingly. Therefore, we must learn to respect the women and their identity. Equal respect to women like that of men encourage them to participate in any sort of improvement work and equal participation of both enhances the development. And this sort of development leads to the developmental balance in the society. And thinking about the development of society with respect to both genders gives an example of good behaviour.

All sorts of discrimination, exploitation, etc. are a man- made. No nature have guided us to carry all those. When nature has created two beings without any special features in one and down market features in another, we human are no-one to interrupt the system of nature. Either we are male or female, either we are of different races or we follow distinct culture than other, ultimately, we all are human beings. Therefore, we must break narrow-minded walls, free ourselves to a broader thinking and enjoy the right of equality and prosperity in a society. And we must behave humanly with the view of making our society more civilized and developed. 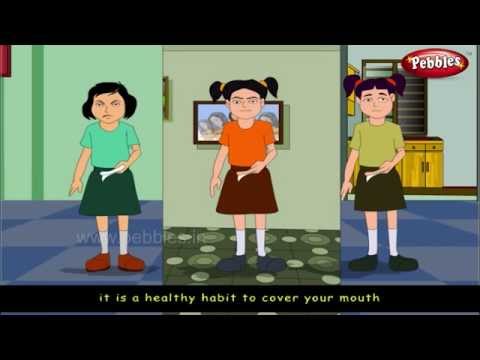 What are the major elements for the development of the

Mutual understandings and respect for another are the major elements for the development of the society.

major elements for the development of the society.

What is a backbone of every society ?

Civilization is the backbone of every society.

Nepal is divided into how many castes ?

Nepal is divided into four castes.

Why society plays a vital role ?

On what basis we should act ?

We should act on the basis of the principle of equality.

What is good social behaviour ?

On the basis of skin color and their race, no system of untouchability are meant to be followed.We should learn to respect all equally and it is called good social behavior.

What evil concept are prevalent in our society?How can we get rid of them ?

We must remove evil concept related to superiority and inferiority in order to place all people in the same level.To get rid of them we must respect other people,their religion,caste, race, and culture.And also touchable and untouchable should be abolished.

Yes, it is true that man and women are two wheels of a chart.Discrimination against son and daughter, man and women is a great crime.Here, women also can work better than men if they are given suitable opportunities.Society can not developed well with out participation of both men and women.We need to learn to respect both men and women equally.It leads to the balance development of our society.We should support and encourage women in their each and every steps.Men and women are two weels of a cart called society.