A diffraction grating consists of a large number of equally spaced, parallel slits of the same width ruled on glass or polished metal by a diamond point. Diffraction gratings are used for producing spectra and for measuring the wavelength of light accurately. These have replaced the refraction prisms as they give sharp spectra. The number of lines ruled on the grating is very, as much 5000 lines per cm.

Consider wavelets coming from corresponding points A and B on two successive slits, and travelling at an angle Ï´ to the direction of the incident beam. The path difference AC between the wavelets is d sinÏ´ and same value comes for all pairs of wavelets from other corresponding points in these two slits and in all pairs of the slit in the grating. If this path length equals one wavelength or some integral multiple of a wavelength, then waves from all slits are in phase at the screen and superpose in direction Ï´ to produce maximum. So, for the condition of maximum

In this equation, n gives the order of spectrum. When n = 0, we observe in the direction of incident waves, and the central bright maximum or zero order maximum is observed.

Consider a point object O illuminated by a light of wavelength λ and it is observed through a microscope. If θis the semi-vertical angle as shown in the figure, the least distance between to objects which can be distinguished is given by

where µ is the refractive index of the medium between the object and objective lens. The term µ sin Ï´ is called the numerical aperture.

From above equation, we observe that the resolving power of microscope increases when the refractive index of the medium is increased.

Resolving Power of a Telescope

where dθ is the angle subtended at the objective, λ = wavelength of light used, and D is the diameter of telescope objective. The number 1.22 appears due to the diffraction through the circular aperture of the telescope. Resolving power of telescope \( = \frac {1}{d\theta } = \frac {1}{1.22} \frac {D}{\lambda } \). So resolving power of a telescope can be increased then by increasing the diameter of the objective or decreasing the wavelength of light.

A diffraction grating consists of a large number of equally spaced, parallel slits of the same width ruled on glass or polished metal by a diamond point.

The ability of an instrument to produce separate distinct images of two close objects is called the resolving power of the instrument.

Resolving power of telescope is reciprocal of the smallest angular separation between two distinct objects whose images are separated in a telescope. 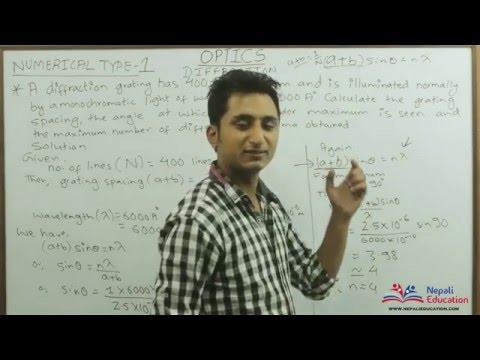 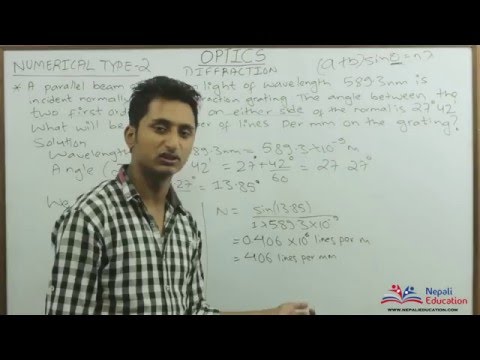