embryology is the science ,which deals with the development of organism. types of Eggs gamtogenesis formation of cleavage with developmental stages homolecithal or is slecitheal eggs in which yolk is evnetally distributed this is found in alecit eal and microleitheal eggs

Embryology is the science ,which deals with the development of the organism.
Development is the series of changes that take place in the zygote (fertilized egg or buds formed in asexual reproduction).
development can be divided into 2 phase:-

- this is the development which takes place with in the egg,the study of the changes taking place during this period is also called embryology.

on the basis of the distribution of yolk eggs are-

1 homolecithal or iso lecitheal eggs in which yolk is eventually distributed .This is found in alecit eal and microleitheal eggs
2 telolecithal eggs are those in which most of the yolk lei near the vegetal pole , cytoplasm and nucleus lie near the animal pole such condition is found in mesoleithal and megalecithal types of eggs.
an in some cases as in insect centrally placed yolk is surrounded by thin cytoplasm .So such eggs are known as centrolecithal.
b In chick the huge amount of yolk occupies.The enitro ovum out cytoplasm and nucleus lie in the animal pole. This condition may be referred as highly telolecital .

a regular manner of furrows divide the egg in definite patter which is different amoung animal the patterns are:-

due to this the blastomeres are arranged radially around the axis passing through animal to vegetal pole. Eg spones , Echinoderms.

in this case, blastomers are arranged in a spinal around the axis passing through animal the annelids.

the cleavage is effected due to the yolk resulting in different types of segmentation or cleavage ,these are as followed
1 Holoblasticd
- this divide completes the blastomeres formed may be of equally in size.
- cleavage is holoblastic and equal in microlecithal types of eggs.
2 Meroblastic
- in this case, divisib occurs, only in the cytoplasm of macroleithal eggs , but not in the yolk.
- when they divide is restricted in the cytoplasim disc situ on the top of yolk it is called discoidal. It is found in repiles ,chicks etc.
- Meroblastic cleavage may also be superficial this occurs in the centrolecithal eggs of insects.
- in this case nucleus present in yolk divides many times and resuls nuclei migrate to the periphery in the cytoplasm.
3 Blastula
- after cleavage a solid balls stage is called morula is formed .it then chages into hollow ball stages the" blastula" which is one layer thick containing a cavity called blastocoels.
they are 4 types of blastula :-
a stereoblastula
such a blastula has large and few cells surrounding a small blastocoles or without a blastocoels. Eg hydra , annelid.
b Coeloblastula
Around a centrally or eccentrically placed balstocoel , one or more layers of cells are present .Eg star. Fisg , frogs etc.
c discoblastula
- in this balstula over the yolk are found few layers of cells forming a disc.
- the lower layer separates and forms a blastocoels surrounded by upper and the lower layer of cells. Eg fished , repitals and birds.

d Superficial blastula
- they have no blastococoel.
- the yolk surrounded by one layer of epithelial cells. Eg insect with centolecitheal eggs having superficial cleavage. 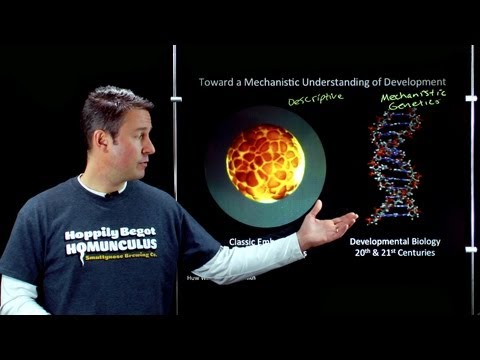