Where negative sign shows that the acceleration and displacement are in opposite directions.

Let us consider a particle moving around a circle of radius r with a uniform angular velocity () in anticlockwise direction as shown in the figure. XOX’ and YOY’ are two mutually perpendicular diameters of the circle. As the particle goes in the circle, the foot of the perpendicular along Y-axis executes oscillatory motion.

Where \(\theta = \omega t\). This is the displacement equation for s S.H.M which is periodic, sinusoidal function of time. It can be expressed in terms of cosine function and similar expression can be obtained in any diameter of the circle.

It is the rate of change of displacement of a body.

It is the rate of change of velocity of a body.

Here \(a \propto y\) and is directed toward mean position so the motion is S.H.M.

It is the time required by a body to complete one revolution.

It is the number of complete rotations made by a body in 1 second.

The phase of the body at any time is defined as the position and direction of its motion with respect to mean position at that time. 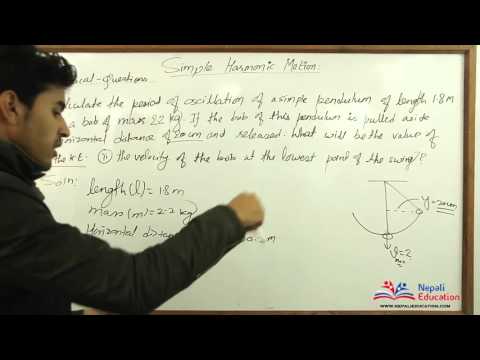