This provides us an information on principle and combination of capacitor.

The capacity of a conductor depends not only on the shape or size of a conductor or the medium in which it is placed, but also on its position with respect to the other conductors. The given arrangement shows the principle of the capacitor.

Suppose an insulated metal plate A charged positively till its potential becomes maximum. When an uncharged metal plate B is brought near to the plate A, the plate B is charged due to electrostatic induction: the negative charge on the nearer face and positive charge on its farther face as shown in the figure. The negative charge on B tends to diminish the potential of A while positively charged surface, the potential of A as a whole is lowered as a little. It means that the capacity, Q/V of a conductor increases by a small amount when another uncharged conductor is placed near it.

Now B is earthed to remove the positive charge leaving farther part of B chargeless. Then, only negative charge remains on the plate B which further lowers the potential of A. We know that C = Q/V, we see that the decrease in potential increases the capacitance of the capacitors by a large amount when an earthed conductor is placed near it which is the principle of the capacitor.

Since, individual capacitance is different and the potential difference is same the charge stored in each capacitor must be different which is given by:

From conservation of charge, if 'q' is the charge supplied by cell, then

If 'G' represents the effective capacitance of parallel combination, then we have

If there are 'n' capacitors combined is parallel then,

Hence, in parallel combination, the effective capacitance is equal with the sum of individual capacitance.

Suppose, V1, V2 and V3 be the potential difference across each capacitors. Then,

If 'V' represents the potential difference across the whole combination, we have

Suppose, 'Cs' the equivalent capacitance of the series combination of capacitors. Then,

Hence, in series combination the reciprocal of equivalent capacitance is given by the sum of reciprocals of individual capacitance.

The capacity of a conductor depends not only on the shape or size of a conductor or the medium in which it is placed, but also on its position with respect to the other conductors.

A combination in which positive plates of all capacitors are connected to a common point is called parallel combination of capacitors.

Videos for Principle and Combination of Capacitor 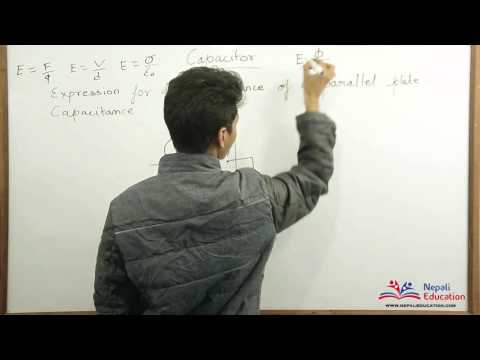 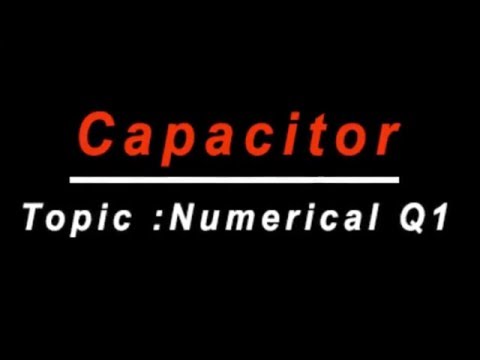 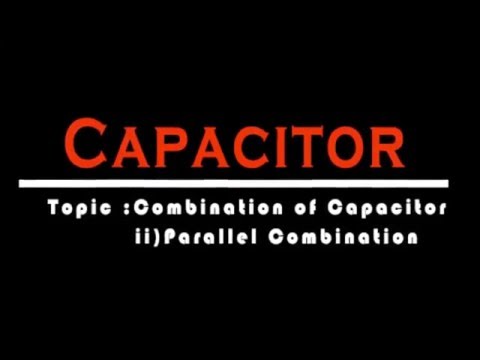