According to K.E. Boulding, "Microeconomics is the study of a particular firm, household, individual price, wages, income, individual industry and particular commodity".

Macro is the word derived from the greek word ''makro'' which means "large". Macroeconomics is a branch of economics dealing with the performance, structure, behavior and decision-making of an economy as a whole, rather than individual markets. This includes national, regional, and global economies. It is concerned with nature, relationship and behaviour of such aggregate quantities and averages as national income, total consumption, savings, investment, total employment, general price level aggregate expenditure and aggregate supply of goods and services.

According to K.E. Boulding, "Macroeconomics is the study of the nature, relationship and behaviour of aggregate and averages of economic quantities."

Positive Economics is the methodology of economic analysis which can be broadly classified into two categories. One attempts to describe the real condition and the other looks at the outcome of the activity and gives value judgement. The one which describes the condition or what is happening without giving value judgement is called positive economics. But, the study of the final output and determining they are good or bad is called normative science.

Economics is the positive science because it explains cause and effect relationship between or among the economics issues or problems. It does not give the value judgement. For example- Other thing remaining the same, quantity demanded for a product decreases with increase in price and vice versa. In this example, an increase in the price of the product is cause and decrease in quantity demanded is an effect. Adam smith said that "Economics is that science which studies about wealth". Likewise, Robbins said that there are unlimited human wants but the resources to satisfy them are limited. 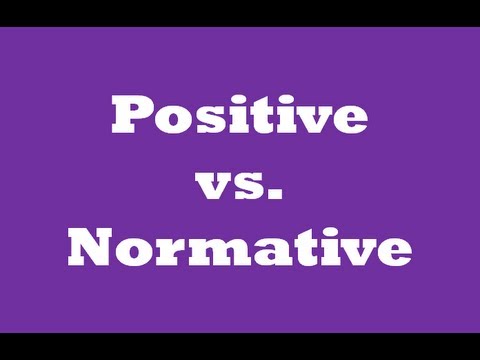