From 22nd Poush 2017 B.S., replacing the parliamentary democracy with Panchayat system, King Mahendra adopted a measure to strengthen his direct rule. He established Panchayat Ministry. The country was divided into 14 Zones and 75 Districts. The constitution of Nepal 2019 B.S. gave the party-less system legal support.

Some important events that occurred in Nepal’s history: King Mahendra was at Janaki Temple, Janakpur after his Eastern Nepal visit on 9th Magh 2018 B.S. The anti-panchayat coalition led by Durgananda Jha hurled a bomb at his jeep. The king had a narrow escape. This incident is known as Janakpur Incident. Durgananda was arrested along with two other men, Arabinda Kumar Thakur and Dalsingh Thapa. Durgananda Jha was hanged to death on 25th Magh 2020 B.S. and the remaining two were sentenced to life-imprisonment.

In 2020 B.S., the Muluki Ain was changed. It ensured that everyone was equal in law. Child marriage was banned and divorce was allowed. The first amendment to the constitution on 2019 BS was made in 2023 BS.

In 2028 BS King Mahendra was in Chitwan for hunting. There he died suddenly of heart attack at Diyala Bungalow. After his death, the Crown Prince Birendra became the king of Nepal.

The then Nepali Communist Party (Marxist Leninist) started a revolt against the government from Jhapa. End to barbaric rule and freedom for poor was the main motto of the revolt. Some youths were captured for the alleged murder of then Panchayat member Dharma Prasad Upadhyaya. The arrested were Ramnath Dahal, Narayan Shrestha, Krishna Kuinkel, Netra Prasad Ghimire and Biren Rajbanshi, and they were brought to Sukhani in Illam.  They were shot to death on 21st Falgun 2029 B.S. and this event is remembered as Sukhani Massacre.

An airplane flown from Biratnagar to Kathmandu on 25th Jestha 2030 B.S. was hijacked and forced to land at Farbisgunj, Bihar in India. The IC 3 million that was being transported was taken and the plane freed. This was the first time ever that a plane had been hijacked in Nepal. This anti Panchayat System incident gave the government a big shock.

Singh Durbar caught fire on 25th Asar and many documents of national importance were burned into ashes. How it happened was a mystery and the then Prime Minister Kirti Nidhi Bista resigned on moral grounds.

In 2031 B.S., the Panchayat government received news that many revolutionaries were planning to capture Okhaldhunga. The army was sent to intervene and they brutally killed many revolutionaries like Ram, Laxman and other youths. Captain Yagya Bahadur Thapa and Bhim Narayan Shrestha were captured and given death sentences on 2033 B.S. This carnage is known as the Timburbote Incident.

Later on 26 Mangsir, 2032 the second amendment to the Panchayat constitution was made and it incorporated a new slogan “Politics for Development”. This amendment also made “Back to Village National Campaign” a constitutional organ.

Ratna Kumar Bantawa was an active communist leader. The Panchayati rulers captured him and shot him on 27th Chaitra 2035 B.S. at Imang, Illam, near DeuMai River. Other leaders Rishiraj Devkota (Aajad) and Jaygovinda Shah were also killed during the Panchayati system. On Chaitra 22, 2035 the military government of Pakistan executed the former Pakistani Prime Minister Zulfikar Ali. Here in Kathmandu, the Nepali students organized a huge procession in protest of the execution and were proceeding towards the Pakistani Embassy to deliver a letter of condemnation but the police resorted to violence and stopped them. Many students were injured in the clash. This further agitated the students and gave birth to a student movement.

In the beginning, the demands were directed towards educational reformations but, later on, they become political. The movement turned violent as political parties with more extreme characters also participated.

At last on 10th Jestha 2036 B.S., King Birendra had to announce a referendum asking people to choose between “Reformed Panchayat System” and “Multiparty Democracy”. A 15-member National Election Commission under Chief Justice Bhagwati Prasad Singh was formed to conduct the poll which was held on 20th Baisakh 2037 B.S. The vote went in favor of the Reformed Panchayat System by 10% more votes. The election for the National Panchayat (the then parliament) was held on 2038 B.S.

After the election for the National Panchayat, Surya Bahadur Thapa became the Prime Minister. A cultural programme was being held in Piskar Mahadev of Sindhupalchowk to increase awareness against the Panchayati system. The area was surrounded by the police and they began firing at random. Many people, including children, were killed and numerous were captured and tortured. This incident is known as the Piskar Massacre.

Then the members of the National Panchayat passed a non-confidence motion against Prime Minister Surya Bahadur Thapa and he was replaced by Lokendra Bahadur Chand.

The Nepali congress started Satyagraha (non violent fight for truth) from 10th Jestha 2042 B.S. throughout the country. While this was going on, bombings in Narayanhiti Royal Palace of Kathmandu, Pokhara, and other places shook the country. Democratic leader Ram Raja Prasad Singh took the blame for the blasts. The government captured Ram Raja Prasad Singh, Lakshman Prasad Singh, Prem Bahadur Bishwakarma, and others and sentenced them to death. The Nepali congress had to stop the Satyagraha. The Nepali Congress held its national convention at Ganesh Man Singh’s residence on 5th Magh to 7th Magh 2046 B.S. The convention was also attended by some top Indian leaders like Chandrashekhar, Dr. Subramanian Swami, Harkishan Singh Surjit, M.K. Akbar, and the member of the leftist party of Nepal. In order to make the movement a success, seven communist parties formed the United Leftist Front (Samyukta Bam Morcha) under the leadership of Sahana Pradhan. The objective of the movement was the restoration of multiparty democracy and human rights. An agreement was reached between the Nepali Congress and the Leftist Front to launch the mass movement jointly.

On Falgun 7, 2046 B.S. the countrywide mass movement commenced. There were clashes between the agitators and the Panchas in many places. Many leaders were arrested. The government tried to suppress the agitations using stick and guns. About 8 persons were killed. Nepal Strike (Nepal Bandh) of 8th, 19th Falgun and 1st Chaitra were unprecedentedly successful. Programs of slogans, processions, blackouts, pen downs, etc. were organized throughout the country. The movement became very strong. Dozens of people were shot dead in Kirtipur due to random firing. On 24th Chaitra 2046 B.S. the king dismissed the Maricha Man Singh cabinet and appointed Lokendra Bahadur Chand. In his speech, he intended to reform the Panchayat System. In protest of the King’s announcement, hundreds of thousands people assembled in Kathmandu.

The government ordered firing in which many demonstrators were killed. Curfews were imposed but no one obeyed the orders. These were outwardly disobeyed. At last on 26th Chaitra 2046 B.S., the King invited Krishna Prasad Bhattarai, Girija Prasad Koirala, Sahana Pradhan, and Radha Krishna Mainali for a talk. They unanimously reiterated their demand for the multiparty system. So around midnight, the King gave a public speech announcing the lift of the ban on political parties. By this virtue, the 49-day mass movement the Panchayat System was abolished and the multiparty system was restored in the country. 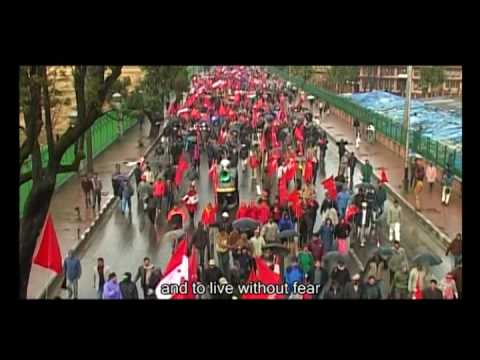 Democracy..."Decision of people is SUPREME....." Nepal 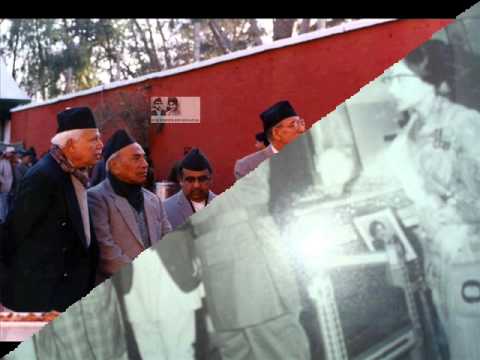 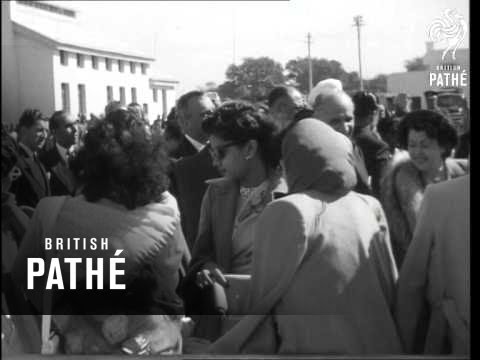 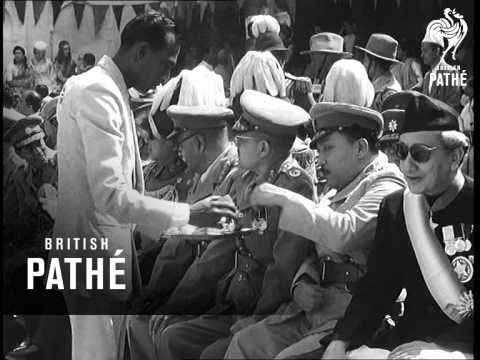 What are the social important of the civil act?

Civil law has declared social activities like polygamy child marriage and old man marrying a young girl illegal. Moreover, it has proved that marriage is only agreement between two people by legalizing divorce. Likewise it has maintained high decency of women's liberation.

How do you evaluate the events 1st Poush, 2017 B.S.? Write your opinion in a sentence.

The 1st Poush, 2017 is evaluated as an outcome of over ambitiousness of the then king Mahendra by seizing the achievement of democracy.

Why was the political events held on 1st Poush 2017 B.S. against democracy?

The political events held in push 1, 2017 was against democracy because it seized and imposed the party less panchayat system by the then king Mahendra.

The constitution of Nepal 2019 B.S. was amended three times. What kinds of changes were there? Write

The constitution of Nepal 2019 B.S. was declared to support takeover of the Poush 1, 2017. It legally introduced the party less panchyati system. The amendments were done three times. They were

The civil act was proclaimed on bhadra 1, 2020. From then onwards the court has not punished anyone on the basis of caste, sex and race. Even then discriminations still prevails in the society. Women are exploited in various ways. How can you involve yourself in the task of eradicating it completely? Make a plan.

After the announcement of 'Muluki ain' no person shall be discriminated on the grounds of caste, sex, religion. Court also doesn't punish people on the basis of caste, sex, religion and race. But the discrimination still prevail in the society. Women are exploited in various ways. I can involve myself in the task of eradicating it completely. My plan would be as follows:

"Develop the feeling that a male and female are the two wheels of the same cart. God will be happy if the women are treated as equals". What kinds of change have been made in education till now after 2017 B.S? Write it by taking help from your teachers and parents.

I've asked to my parents and teachers, too. Their answers seem as the following:

Muluki ain was introduced on 1st bhadra 2020 with provisions of women's rights and no social discrimination on the basis of caste. Is it actively implemented in our community? Mention the ways to make it more effective.

There is the discrimination in my society. The supressed people are thought to be untouchable. Wemen have to face the domination by their husbands. To solve these problems, I have the following suggestions.

What faction won the referendum? Find out its causes.

Reformed Panchayat System was announced the winner of referendum. Panchayat system was blamed of partiality.

A referendum is a system by which an issue of public or national importance is presented to the direct vote towards the whole electorate.

How did three prominent leaders of the Nepali Congress praise the declaration of referendum?

The three prominent leaders of Nepali Congress praised the declaration of referendum like this:
Mr. B.P Koirala termed it as the king's trust on democracy and a step forward towards the restoration of democracy after 2007 B.S. He appealed to the government not to take major decision, which might create problems to the new government.
Mr. K.P. Bhattarai explained that multiparty system was a symbol of independence as such all votes must make this referendum successful.
Ganesh Man Singh requested the existing government to create necessary prerequisites for the referendum that is to suspend all local and national bodies of the Panchayat system and bring fundamental changes in their procedure.

The first elected government was dissolved by king Mahendra. Due to the activities of political parties and foreign pressure, king Birendra held the referendum. The result of the referendum was made in favour of Panchayati system by hook and crook. Then after all the political powers of Nepal got united in 2046 and revolted massively on the against of Panchayati government. The main causes of revolution were:

What two factors do they cause political instability in Nepal?

Self-interest of political leaders and external interference cause political instability in Nepal.