Election is a democratic process in which the eligible citizens (18 years of age) of a country choose a person or member or representative for national and local level. This note has information about general election process.

It is the name of list of the people who have the right to vote in the election. The Election Commission prepares it every year including the name of eligible voters who are above 18 years of age as started by the commission.

This is necessary for any voter to get teh right to vote. This contains the name,  address, identification number and photo of the voter.

A piece of paper prepared by Election Commission containing names or symbols of candidates for an election is called Ballot paper.

A ballot box is a box made specially to keep the ballot paper after casting the vote.

A polling center is the designated area where people go to vote in the election. When setting the polling center, they pay attention over distance, easiness for voters, management of security and transportation, etc.

Qualifications of the Candidates

Certain age requirements  must be fulfilled to be a candidate of any level of the government.

According to the present constitution, there are three bodies of election and they are:

This is the permanent body of election lies in the center, which consists of Chief Election Commissioner and other commissioners. It conducts all types of election fairly and impartially. During the election, it appoints the election officers in every election constituency.

They are appointed by the election officers and from among the civil servants or government employees during the election.

The election in which representatives for national level or the parliament are elected is known as general election. It is held after end of every 5 or 6 years.

The election where the representatives of local bodies like DDC, VDC, municipalities, etc. are elected is known as local election.

The process of deciding any important issue by the popular participation of citizens during voting is called referendum. In this process, the citizens have to choose one out of two options.

The election which takes place before the end of the set tenure because of the dismissal of the members of legislative body is known as mid -term election.

The re-election that is conducted because of death or resignation of the legislative or local members is known as by election. 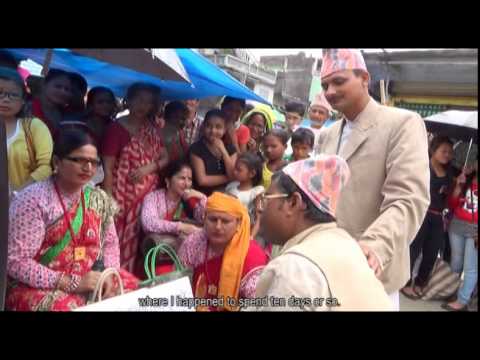 Express your logic in a sentence regarding the frequent elections of the Constituent Assembly in Nepal.

Elections regarding Constituently Assembly frequently happened due to the failure of the Constituent Assembly of 2046. So, to draft new constitution from the representative of people, it was an essence for the condition.

In my view, proportional election system is appropriate in Nepal because voice of minor groups and small political parties can be addressed in a proportionate manner.

According to existing law of Nepal, write any four bases to disqualify the candidate in the election of constituent assembly.

According to the existing law of Nepal, the four bases to disqualify the candidate in the election of constituent assembly are:

What sorts of arrangement had Election Commission managed to conduct the Constituent Assembly Election, 2070 B.S. peacefully, fairly and impartially? Mention briefly in any four points.

To conduct the constituent assembly election 2070 BS peacefully, fairly and impartially, the following sorts of arrangement were made:

What terms and conditions should the people in the community who are eligible for adult franchise fulfill to be enlisted in the voter's list?

The following terms and conditions should the people in the community who are eligible for adult franchise to the enlisted in the voter's list:

What efforts have been made in Nepal to raise awareness towards election? Mention any four efforts.

The following efforts have been made in Nepal to raise awareness towards election:

Many ballot papers become invalid in our country as a result of improper stamp. What is to be done to control it? Express your opinion.

Yes, many ballot papers are invalid in Nepal as a result of improper stamps. The followings things should be done to control it.

What should be done to make the general election impartial, free, fair and effective? Give any eight suggestion.

The following things must be done to make the general election impartial, free, fair and effective:

Describe five qualifications of the candidate in the national election.

The five qualifications of the candidate in the national election are as follows: -