Light is a form of energy which gives sensation of vision. It gives the ability to see the object. It shows unique properties.Being an electromagnetic wave, it undergoes reflection,refraction,absorption,transmission,etc.Here we discuss about refraction of light.

A lens, which is thicker at center and thinner at edges, is called convex lens.

When theparallel beam of light incident on convex lens, after refraction, it converges at a single point. So it is called converging lens.

The lens that is thicker at the edges and thinner at centre is known as concave lens.

When a parallel beam of light incident on concave lens, refracts and appears to diverse from a point. So, the concave lens is called diverging lens.

The radius of thesphere whose parts form a lens is known as radius of curvature.

When a parallel beam of light incident on a lens after refraction, it appears to meet from a point or it meet at a point. That point is called principal focus or focal length.

The line passing through the centre of curvature of both spheres is called principal axis.

The distance between theoptical center and principal focus is called focal length.

Rules of refraction in convex and concave lens:

2. An incident ray, passing through the principal focus of a convex lens, becomes parallel to the principal axis after refraction.

3. An incident ray passing through the optical center of a convex lens and concave lens goes straight without deviation after refraction.

Power of a lens:

Mathematically,
Power of a lens: \(\frac{1}{focal\;length}\)
Note: focal length should be in "meter".

Characteristics of image when placed at different places: 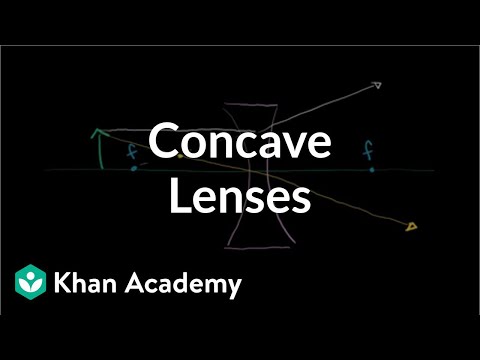 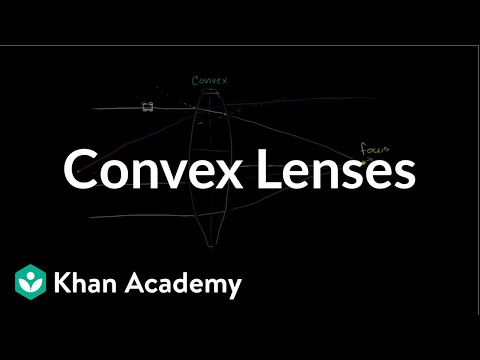 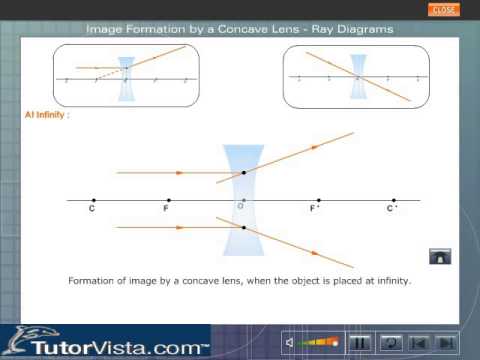 Image Formation by a Concave Lens 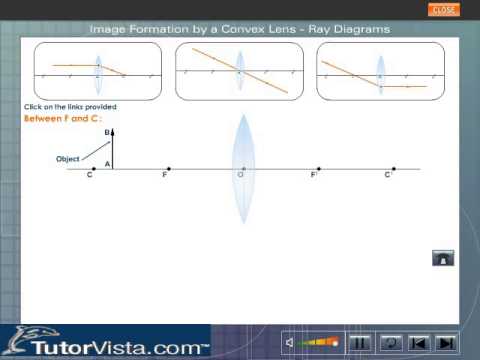 Image Formation by a Convex Lens 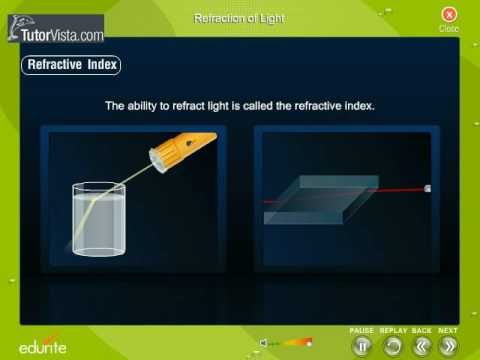 Lens is a portion of refracting medium bounded by one or two spherical surfaces, that is, two surfaces may be curved or one curved surface and another plane surface. Lenses are divided into two types. They are:-

Which lens is called a converging lens?

Convex lens is called a converging lens because after passing through this lens, the emergent rays come closer to one another. A parallel incident rays meets or converges at its focus.

Which lens is called a diverging lens?

Concave lens is called a diverging lens because after refraction through this lens, the emergent rays go further apart from one another. A parallel incident rays appeared to diverge from its focus.

Distinguish between convex and concave lens.

The differences between convex and concave lens are:

What is meant by the power of lens? What is its unit?

What is focal length of a lens?

The distance between the optical center and the principal focus of a lens is called focal length. It is denoted by f.

Write any three uses of the lens.

The three uses of the lens are as follows:

Why does a lens refract light?

Show how a convex lens can be used as a magnifying glass?

The image formed is virtual and magnified when the object is placed within its focal length, so convex lens can be used as magnifying lens.

Write the main uses of convex lens and concave lens.

What do you mean by one dioptre?

The power of lens is called one dioptre, if the focal length of a lens is one meter.

What is meant by magnification?

In other words, the magnification can be defined as the ratio between the image distance to object distance.

Name the kind of lens which gives the following types of image and also indicates the corresponding position of object.

What will be the focal length of a lens whose power is one dioptre? What type of lens will be that?

A man uses the spectacles of power +2D. Calculate the focal length of the lens. Which type of defect is he suffering from?

Calculate the power of lens having focal length 25cm.