There are nine phyla in invertebrates out of which Arthropoda consists of a large number of insects. Insects like silkworm and honeybees are useful insects from the commercial point of view.

There are nine phyla in invertebrates. Out of those nine phyla, the phylum Arthropoda consists of a large number of insects, among which insects like silkworm and bees are useful insects. The larvae of a silk moth secrete the silk thread which is used to make clothes. Honey bees produce and store honey which is nutritious food.

Silkworm is one of the important insects which forms a quality of fiber called silk. It is obtained from the cocoons of the silkworms which is important from the commercial point of view. The important two types of silkworm are ERI Silkmoth (Attacus ricinii) and SERI Silkmoth (Bombyx mori). ERI silkmoths feed on caster leaves and SERI silkmoths feed on mulberry leaves. The position of silkworm in classification chart is as follow:

Silkworm is a creamy white colored insect which is about 2-3 cm long and shining in nature. The body of a silkworm is divided into three parts: head, thorax, and abdomen. The head consists of a pair of feathery antennae, a pair of compound eyes and the mouth which has a sucking type of structure. The thorax consists of three types of legs and two pairs of wings which are about 25 mm in length covered with scales. The abdomen is a hairy part which consists of ten segments covered with minute scales. The body of a female silk moth is wider than the male silkmoth as it contains a number of eggs. Adults don’t feed and they are weak at flying.

Silkworm is a unisexual insect. The female silk moths are larger than the male moths. The adult moths are primarily concerned with reproduction and they seldom eat. The male and female moths mate in the tail to tail position and fertilization is internal. The male moth dies immediately after mating. The life cycle of a moth completes in 45 days.

Hence, the whole life cycle of a silk moth completes in about 45 to 50 days.

Silkworm is one of the beneficial insects as the silk produced from the thread of cocoon in the fifth stage is used for commercial purpose. The process of rearing the silk moth on a commercial basis is called sericulture. Some of the major importance of silk are listed as follow:

Honey bees are also one of the useful insects like silkworms. They are always busy and work in coordination to produce and store honey. They make a colonial nest using wax under which all their tasks are undertaken is said to be a beehive. The study of bees including honey bees is known as melittology. The position of the honey bee in a classification chart is as follow:

We can find three kinds of honey bees in a colony which is specified to perform certain work determined by their age and gender. The three categories of honey bees are:

A few hundred males or drones

20 to 80 thousands of sterile females or workers

The body of a queen is recognized by the head, thorax, and abdomen. The queen has got a large abdomen. The queen bee lives for 2 to 5 years. When the life of the queen comes to an end one of her daughters takes over the colony. She is the only one who lays the egg and does not involve in collecting nectar and pollen but helps in the production of offspring.

The drones are the fertile male bees. Their body is also divided into head, thorax, and abdomen. They are smaller than queen bee and bigger than the workers in size. Their life ends in about 4 to 5 weeks. They are fed by workers and they help queen in the fertilization process. After mating with the queen, they are turned out of the hive where they die immediately as they are not able to find the food for themselves.

The sterile female bees are known as workers. Their body is also divided into head, thorax, and abdomen. They are small in size and they do not lay eggs. They can easily collect nectar from the nectarines as their mouthparts are adapted for chewing and lapping. They have three pairs of legs covered with hairs which consist of a pollen basket to collect nectar. They are the busiest and hardworking bees. They help in taking care of the larvae produced by the queen, regulate the temperature in the colony and collect the nectar and pollen. They also help to make the hive and protect the colony from enemies. They live for about 6 weeks.

External Structure of a Bee

The body of a honey bee is covered with cuticle which forms an exoskeleton that provides support for muscles and allows their fast and precise movement. It also prevents water loss from their body. The body of a bee is divided into head, thorax, and abdomen.

The head of a bee consists of a pair of compound eyes, three ocelli i.e. simple eyes, a pair of antennae, sensory bristles and mouthparts. A pair of compound eyes has covered much space of the head as each eye is made up of 6000 facets that perceive shapes, colors, motion, and distance. There are three ocelli located at the top of the head which help them to respond to the change in light and darkness, leading to flight stability. The head also consists of a pair of antennae which has 13 segments in male and 12 segments in the female. The antennae have many hairs like structure that helps to detect air movement so as to hear sounds, smell and taste. The mouth part of bees are chewing and sucking type which contains mandibles or paired teeth which help in chewing the pollen, manipulate wax, attack intruders, and clean other bees. Proboscis or labium or tongue is a long and slender structure which helps in sucking up nectar from nectarines of the flowers. When there is no use of proboscis, it gets folded back under the head by leaving the stouter mandibles free which is used for chewing.

The third part of the body; the abdomen is a long and broad part which consists of nine segments. The queen bee has a large abdomen.

The life cycle of a bee goes through four stages: egg, larva, pupa, and adult. The colonies of bee are perennial which consists of three castes: queen, drones or males, and worker bees.

A brief discussion of all three types of bees are as follows: 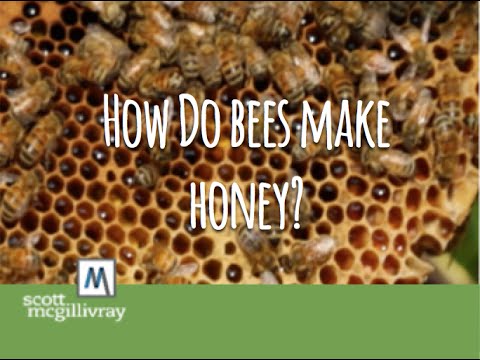 How Do Bees Make Honey?

How Do Bees Make Honey? 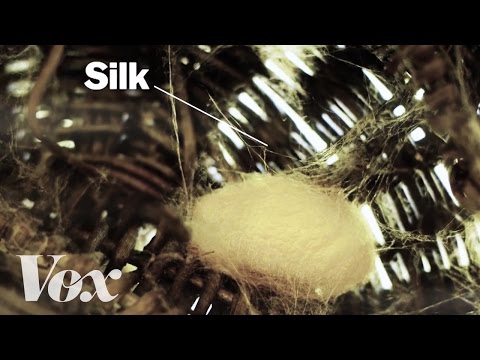 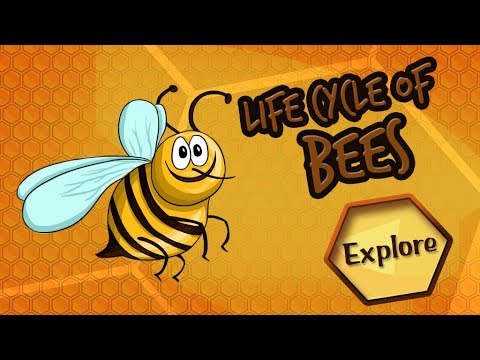 Life Cycle of a Honey Bee (FOR KIDS) 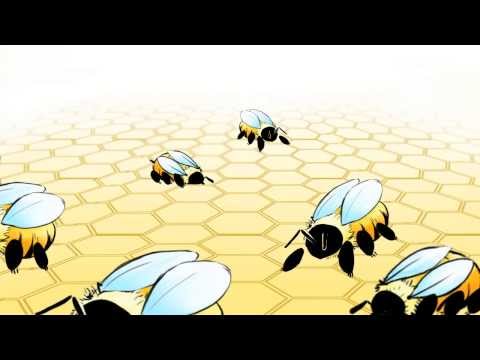 Reproduction and Brood Development - How are different kinds of bees created? 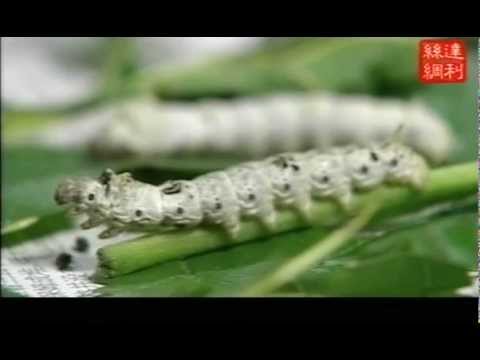 The Life of a Silkworm

The major economic importance of silk are:

WHy is silkworm called the queen of fibres?

Silkworm is called the queen of fibres because it forms a quality fibre which is shiny, strong, long and attractive.

The cocoon of a silkmoth s kept in boiling water or a hot oven. Give reason.

The cocoon of a silkmoth is kept in boiling water or a hot oven in order to destroy the gelatinous substance present in it. It helps to extract the silk thread easily.

Honey is good for human beings. Why?

Honey is good for human beings because of many nutrients such as vitamins, proteins, sugar, etc. that are necessary for the healthy growth and development of the body is obtained from honey.

The process of rearing silkworms for cocoons on commercial basis is known as sericulture.

Worker bees are the smallest sterile female bees that make the hive, protect their hive and queen bee from the enemies, regulate the temperature of the hive, collect the pollen and nectar to produce honey and feed the developing larvae.

What are the two types of silkworms reared in Nepal? What are they fed?

The two types of silkworms found in Nepal are:

The major economic importance of honey bees are:

Briefly introduce queen bee, the worker bee and the drone.

The summary of three kinds of bees is as follow:

Why are honey bees vital pollinators?

Honey bees are vital pollinators because they help in cross-pollination and ensures the fertilisation in different types of flowers.