It is the long cylindrical part of CNS. It is present in the neural canal of the vertebral column. It is the center of all reflex actions. Grey matter, which has a pinkish-grey color in the living brain, contains the cell bodies, dendrites and axon terminals of neurons, so it is where all synapses are. White matter is made of axons connecting different parts of grey matter to each other. In spinal cord grey matter is inside and white matter is outside. Major functions of spinal cord are:

It is defined as an involuntary action performed by muscles under the direction of the spinal cord in response to the stimulus. The best example of the reflex action is pulling of hand when we touch hot or very cold objects and contraction of the pupil when the light is shown in the eye.

The path which is followed by impulses during the reflex action is called the reflex arc. It consists of an afferent (or sensory) nerve, usually one or more interneurons within the central nervous system, and an efferent (motor, secretory, or secretomotor) nerve. 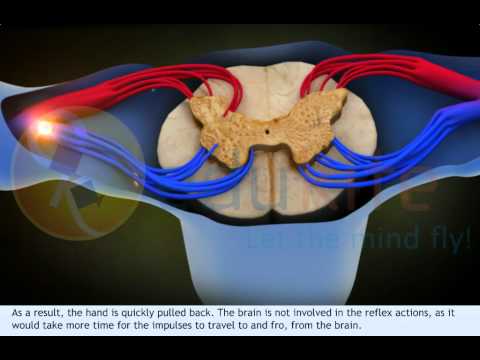 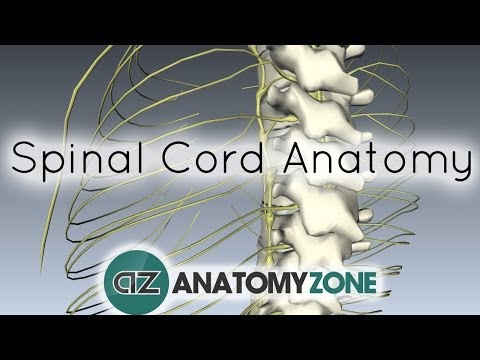 What is reflex action? Give one example.

The immediate and automated response shown to a stimulus without the involvement of brain is called reflex action. When we touch something very hot, we jerk our hand away. This is an example of reflex action.

What is reflex arc?

The path followed by nerve impulses during the process of reflex action is called reflex arc.

When a pin is suddenly pricked in the foot, how does the transfer of stimulus take place? Explain it.

When we touch something hot, we jerk our hand away. But we feel the pain after the hand is removed away, why?

Reflex action involves sensory neuron, spinal cord and motor neuron only. So, when we touch something hot, the impulse passes from the hand to spinal cord and back to muscles. As brain is not involved during the action, impulses each the brain and we feel pain after sometime.

A man was afraid when he walked with bare feet at dark over a soft and cool object and jumped. What roles were played by his parts of the body in this event and what is this event called?

A man jumped with fear because of reflex action when his bare foot touched the cold object on the ground. During this, the nerves in the skin transmitted the information to spinal cord through sensory nerve, from when an instruction is sent to the muscle through motor nerve.