The system that receives and transmits the stimulus, to and from the brain is called the nervous system.

The cell that transmits the message one part of the body to the other part is called nerve cell or neuron. A neuron is divided into three parts cell body, axon and dendrites. Cell body is the main cellular part of the neuron. All the protein synthesis occurs in cell body. Axon is the longest extension arising from thecell body. It carries electrical impulse away from the cell body. Sometimes the neuron has insulation sheet called myelin associated with it. Those neurons are called myelinated nerve cell. It increases the velocity of the impulse carried by the nerve. These type of neuron found in theperipheral nervous system. Dendrites are the short but numerous extension arising from the cell body. They carry impulse from other neurons into the cell body. There are three types of neuron on the basis of work performed by them. They are

Human nervous system is divided into three parts. They are:

Videos for Introduction to Nervous System 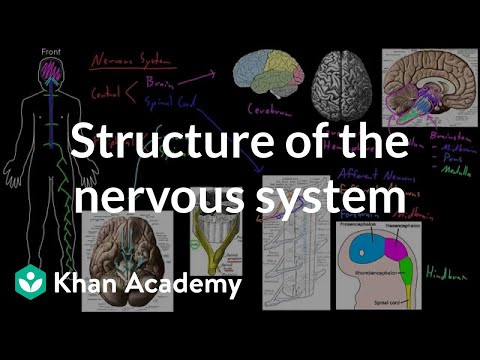 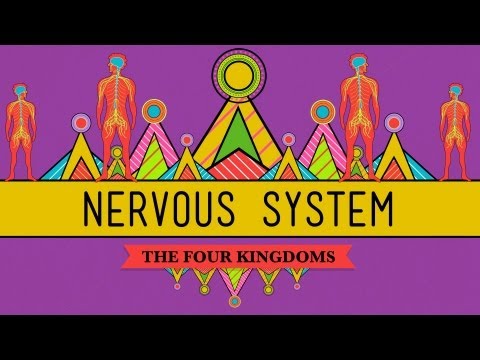 What are the main components of nervous system?

The main components of nervous system are brain, spinal cord and nerves.

Into how many groups can the Nervous system be divided? Name each one.

What are the different types of neuron? Name each type giving its function.

The nerve cell bears branches, one of which is longer and is protected by medullary sheath is called axon.

Dendrite is defined as a small branch of the nerve cell which carries stimulation and reaction towards the spinal cord.