Magnetic field around a straight wire Magnetic field around a circular wire When electric current is passed in a circular wire adjusted as shown in the figure, the iron fittings scattered on the cardboard adjusts in rings, when the board is hit gently. The rings show the lines of force around the wire.

Magnetic lines of force around a solenoid A spiral adjustment of an insulated wire is solenoid. When electric current is passed in it, It shows two magnetic poles as in a bar magnet. Its poles can be determined by the right hand’s grip rule. It states that if the solenoid is gripped by right hand in such a way that the fingers are in the direction of current flowing in the wire, the thumb will point the north pole of it. The opposite pole will be the south.

Videos for Magnetic Effect of Current 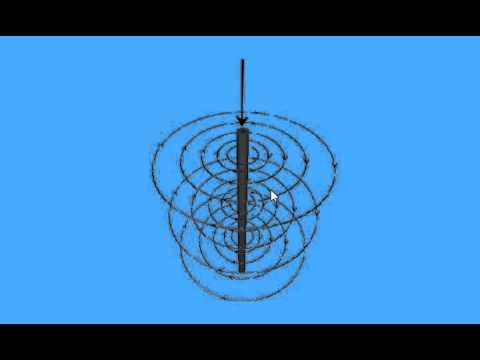 Magnetic Field Around A Straight Conductor, Loop, and Solenoid (coil) 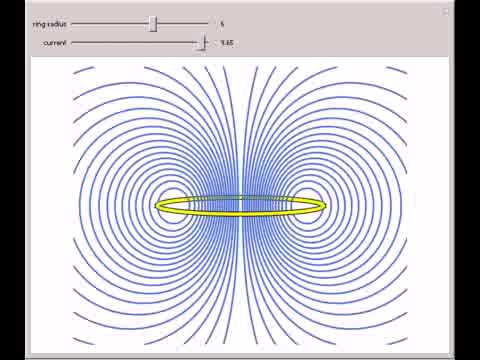 Magnetic Field of a Current Loop 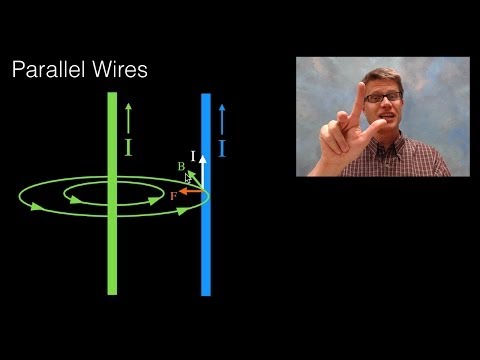 Magnetic Field of a Wire 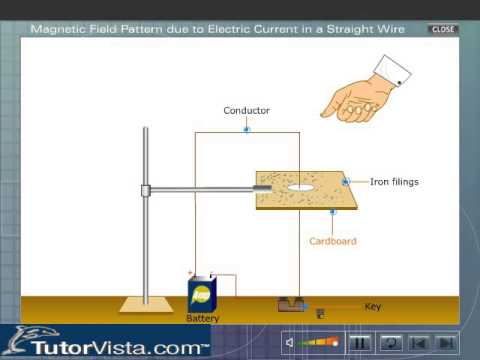 Magnetic Field Pattern due to Electric Current in a Straight Wire

What is meant by magnetic effect of current electricity?

A solenoid is a long coil of circular loops of insulated copper wire. Magnetic field lines are produced around solenoid when a current is allowed to flow through it. The magnetic field produced by it is similar to bar magnet.

Can you determine north and south poles of a current carrying solenoid with the help of bar magnet?

Yes, we can determine the poles for a current carrying solenoid with the help of bar magnet. If the magnet when kept near to solenoid gets repeled then we know they are of same poles and if bar magnet gets attracted then we can say they are oppostie poles as opposite poles attract each other.

When is the force experienced by a current carrying conductor placed in a magnetic field largest?