Interrelation between Electricity and Magnetism

The theory that electric current flowing through a conductor produces a magnetic field around it was discovered by Oersted, in 1819 AD. This showed that magnetism can be generated through electricity. After the discovery of this theory, scientists are dealing with the problem of how to bring about the reverse effect i.e. how to produce electricity from magnetism. After a series of experiments, in 1831 AD Michael Faraday, it was discovered that it was possible to obtain electric current in a circuit from a magnetic field.

Magnetic Flux and Its Variation

This law was propounded by an English physicist named Michael Faraday in 1831 AD. It is also called the principle of generators. It states that: -

It should be noted that the name generator is actually a misnomer, as no energy is being generated by it but is only converted from one form to another. A generator or dynamo converts kinetic energy into electrical energy. 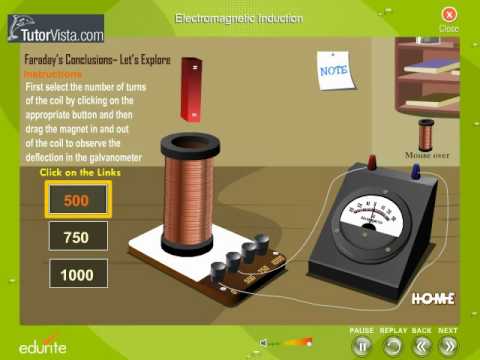 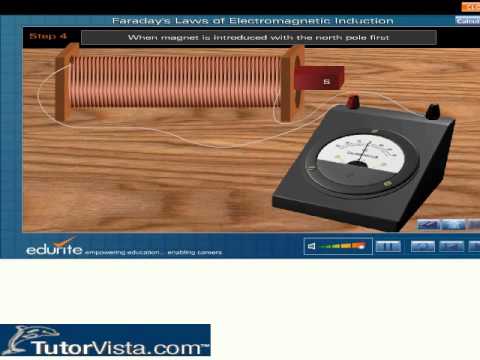 What is meant by electro-magnetic induction? Name an appliance, which produces electricity on the basis of this principle.

Faraday's laws of electromagnetic induction are: -

What should be changed to transmit the electricity for a long distance?

Low voltage alternating current should be increased to high voltage in order to transmit the electricity for long distance.

What is electromagnetic induction?

Whenever the magnetic flux linked with a closed circuit changes, an emf is induced in the circuit, called induced e.m.f. This phenomenon is called electromagnetic induction.