When a current carrying a conductor is kept in a magnetic field the conductor moves, if it is allowed to do so. This is called motor effect. This note has brief description of electric motor and bicycle dynamo with the example.

When a current carrying a conductor is kept in a magnetic field the conductor moves, if it is allowed to do so. This is called motor effect. The machine used to convert electrical energy into mechanical energy is called electric motor. It works on the principle of motor effect. It is used in domestic appliances such as electric fans, washing machines, vacuum cleaners, water pumps, etc.

Adjust a dry cell, a coil and two paper clips as shown in the diagram. Structure: A bicycle dynamo consists of a permanent magnet and a coil of insulated copper wire wound on a laminated soft iron core. The coil is kept in the magnetic field of a magnet. The magnet is connected with the cup or head of the dynamo with an axle. Working: When the wheel of the bicycle rotates, it causes the head of the dynamo to rotate, which in turn rotates the permanent magnet. Thus, the magnetic flux passing through the coil changes and an e.m.f. is induced in it. It is D.C. in nature.

Structure:
It consists of magnet, armature, rings and carbon brushes. The armature consists of a rectangular coil of insulated copper wire wound on a laminated soft iron core. It is capable of rotation about an axis perpendicular to a uniform magnetic field produced by an electromagnet. The ends of the coil are connected to the copper rings called slip rings. When the armature rotates, the ring also rotates. The rings are insulated from each other. There are two carbon brushes which press lightly against each ring. These brushes are connected to the external load resistance. In this model, galvanometer is connected.

Working:
When the coil is rotated in the magnetic field, the magnetic flux passing through the coil changes and by Faraday’s law, e.m.f. is induced in it. The induced e.m.f. obtained is A.C. in nature. The mechanical energy needed for the rotation is obtained from the water turbine or steam turbine or wind power or petrol, diesel, etc.

In generator/dynamo, the magnitude of the induced e.m.f. can be increased by the following ways: - 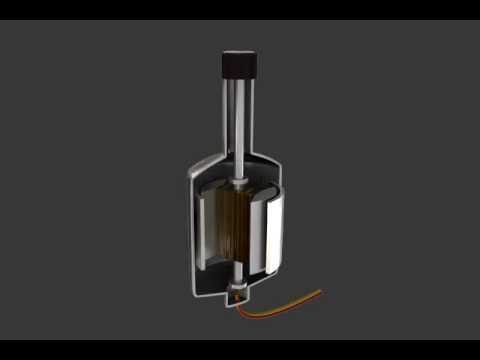 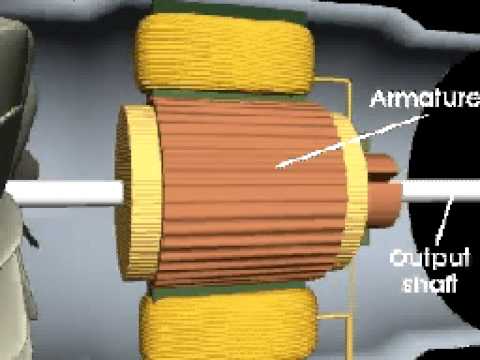 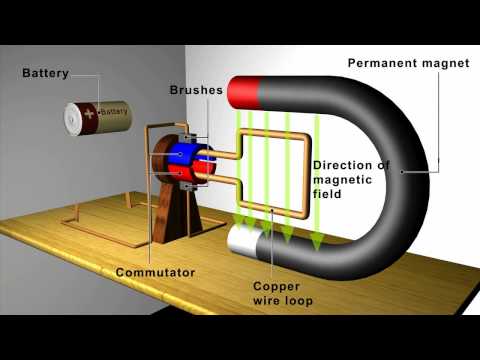 How is current electricity generated from bicycle dynamo?

When the wheel of bicycle moves, it makes the head of the dynamo to rotate, which inturn rotates the permanent magnet. Thus, the magnetic flux passing through the coil changes and by Faradays law an emf is induced in it. In this way, current electricity is generated from bicycle dynamo.

On the basis of which principle does the dynamo works?

Dynamo works on the basis of Faradays Law of electro-magnetic induction.

What is the effect of brightness in a bulb when it is resolved with a high speed and why?

The brightness of bulb is increased by resolving with a high speed, the great amount of induced current is produced.

What is electric motor?

Electric motor is a device which converts electrical energy into mechanical energy.

Dynamo is defined as the device which converts mechanical energy into electrical energy.