Electrolysis is the process of decomposition of an electrolytic solution into its constituent passing an electric current through it. This note illustrates different chemical effects of current.

For electrolysis of water we have to take a battery (as a source of current), two graphite rods (one as anode and another as cathode) and wire to connect to rods and battery. As we already know water in pure state is a non-conductor, so we add sulphuric acid in the water. Now we will have ions in the liquid to conduct electricity. Water will break down into hydrogen ion (H+) and hydroxyl ion (OH-) and sulphuric acid will also break into hydrogen ion (H+) and sulphate ion (SO2--). This electrolysis of water will give you hydrogen gas at the cathode and oxygen gas in the anode. (Remember the output of the electrolysis differs according to the choice of solute in the water. If you choose NaCl i.e. table salt then you will get hydrogen at cathode and chlorine gas at anode) hen electricity is passed the following reaction occurs:

Points to remember while doing electrolysis of water: The process of laminating one metal to the other using electricity is called electroplating.It is similar to the electrolysis process as it requires a liquid medium that conducts electricity and a source of electricity and two rods that can act as cathode and anode. But in the process of electrolysis we use metal from anode to plate into the metal in cathode. Here products at anode and cathode do not have any importance rather metal from anode gets thinner as it gets plated on the metal in cathode. We are going to discuss electroplating of copper on iron nail.

To start the process we need an iron nail and a copper rod. The electrolyte we are going to use is copper sulphate (CuSO4). Copper sulphate in water disassociates into copper ion (Cu++) and sulphate ion (SO4--). When current is passed through the setup then following reactions occur:

Electroplating stops when all the metal from anode is plated to anode.

Points to remember while electroplating:

Interrelation between electricity and magnetism

Magnetic Flux and its Variation

Videos for Chemical Effect of Current 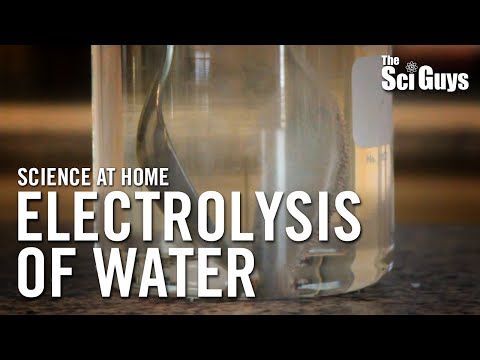 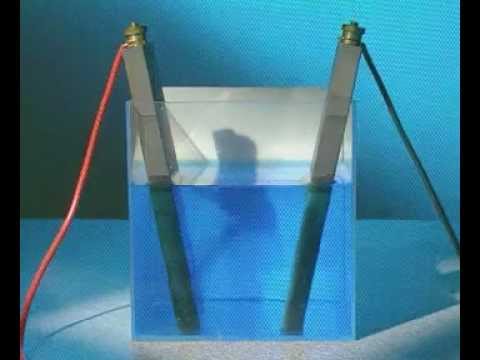 The process of coating one type of metal on other with the help of electricity is called electroplating.
The three basic conditions necessary for electroplating are as follows: -

Write down any two uses of electrolysis.

Any two uses of electrolysis are as follows: -

What happens when pure copper plate is kept instead of iron nail in the given figure?

The copper ions (cu++) will be collected on pure copper plate and result in the increase in size when pure copper is kept instead of iron nail and we can obtain pure copper as the result of this process.

Why does the copper anode can't be used in water electrolysis?