The process of dividing the preexisting cell into two or more daughter cells is called cell division.

Difference between mitosis and meiosis:

The amitosis (also called direct cell division) is the means of asexual reproduction in acellular organisms like bacteria and protozoans and also a method of multiplication or growth in foetal membranes of some vertebrates. In amitosis type of cell division, the splitting of a nucleus is followed by cytoplasmic constriction.

During amitosis, the nucleus elongates first and then assumes dumbbell- shaped appearance. The depression or constriction increases in size and ultimately divides the nucleus into two nuclei; the division of nucleus is followed by the constriction of cytoplasm which divides the cell into two equal or approximately similar halves.

Therefore, without the occurrence of any nuclear event, two daughter cells are formed.

Videos for Introduction to Cell Division 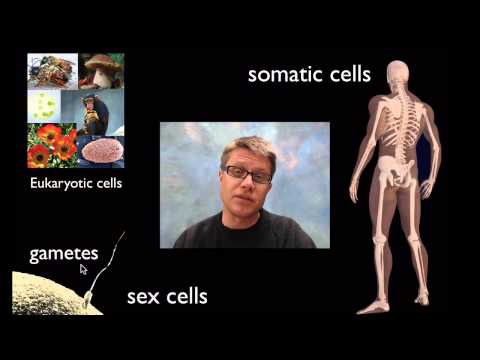 Write two main differences between the anaphase of mitosis and meiosis.

Why is meiosis I called reduction divisions and meiosis II as equational division?

How is cytokinesis in plant cells different from that in animal cells?

Plant cells have cell wall that gives rigid shape to them. During cytokinesis a cell plant is formed at the equatorial region of the cell due to the deposition of cell wall materials. This cell plate is transformed to cell wall dividing the mother cell into two/ four daughter cells. As animal cells lack cell wall, they are flexible. During cytokinesis, furrows are formed at the equatorial region. When the furrows deepen, the cell divides into two/four daughter cells.

Why is cell division necessary for organisms?

Cell division is necessary for organisms because: a. Cell division helps in growth and development of each organ and ultimately the whole organism. b. It helps in replacing the dead and damaged cells of the body. c. It helps in asexual reproduction when the traits of parents are conserved in offspring. d. It brings variation among individuals of a population. e. It helps in inheritance from parents to offspring.

What are the divisions of nucleus and cytoplasm called?

What are the major differences between chromatin and chromatid? In which stage do they exist?

How many nuclei are formed at the end of telophase of mitosis and meiosis?

At the end of telophase of mitosis two nuclei and meiosis four nuclei is formed.