Loop is a statement which executes one or more lines of code in certain number of times. Similarly, An array is a special type of variable with an unique name, size and type. This note provides an information about Qbasic Functions and statements.

Loop is a statement which executes one or more lines of code in certain number of times. The loop ends with the false condition. Every loop statement requires the following terms:

This program use IF----GOTO to create a loop.

It is the count controlled loop which knows how many times the loop is to be executed. The loop is executed with the loop control variable at initial value to final value and values in between.

It is a loop statement that executes a series of statements in a loop as long as the given statement is true.

An array is a special type of variable with an unique name, size and type. In another words, an array is a data structure that stores multiple values of similar type with a common name bu having different subscript. An array is defined by using DIM statement. There are two types of array:

The branching statement is decision making statement, depending upon the decision it can change the order of execution.

It helps the computer to check whether the relation is TRUE or FALSE.
Syntax: Line Number IF ( relational expression) THEN n where n is a line number or an instruction. If the expression is true then n will be executed otherwise statement following IF..THEN statement will be executed.

Numeric functions are the type of library function which are used to process numeric or string data and always returns numeric value.

Some numeric functions are as follows:

Videos for QBASIC Functions and Statements 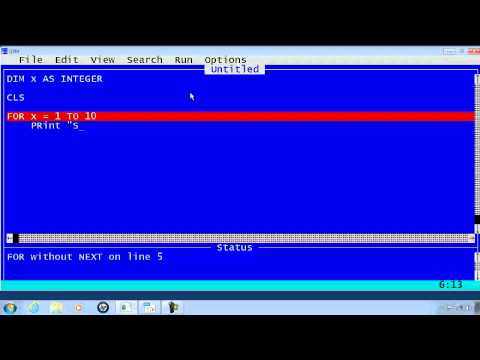 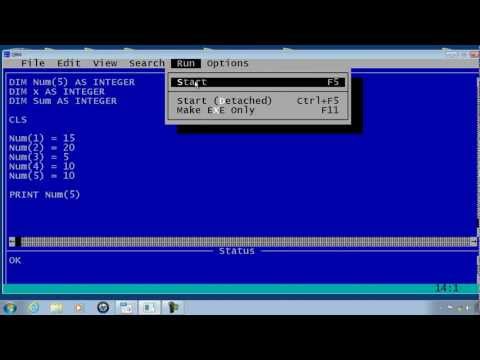 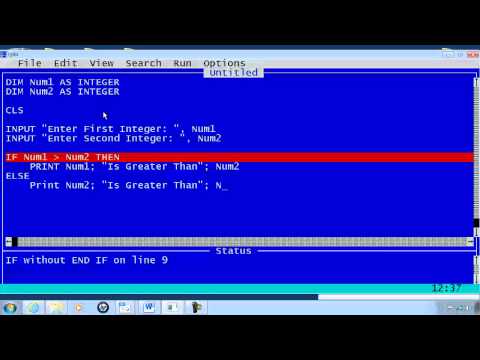 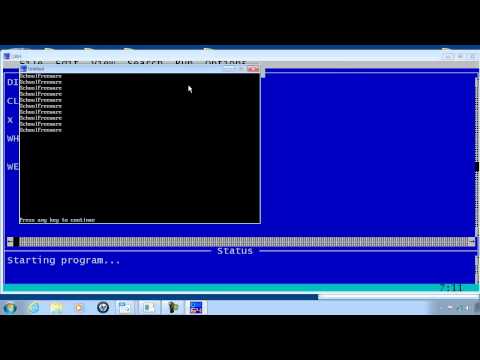 Wap to input string "COMPUTER" and find out sum of ASCII value.

Wap to store 5 number and find out sum of natural number using array.

Wap to store 5 number and find out sum of even number using array.

Wap to store 10 numbers and find out maximum number.

Wap to input three number and find out greatest among them.

Wap to input three number and find out smallest among them.

Wap to input your percentage according to condition using SELECT CASE

Wap to input your age and find out we can give vote or not.