The growth number of the population does not remain constant. So, it is calculated in compounded way.

The value of the machine is decreased yearly due to various reasons like wear and tear, inefficiency etc. The reduced value of the machine is called the depreciated value. The amount of depression is different in successive years even the rate of depreciation is same. Such depression is called compound depreciation. Therefore, the formula for depreciated value or scrap value which is used to solve the problems of compound depreciation can be written as:-

a. Simple interest and compound interest of the first period are equal.

b. The compound interest of more than one simple interest.

c. The difference of amounts of two consecutive periods is equal to the interest  on the amount of first conversion period. 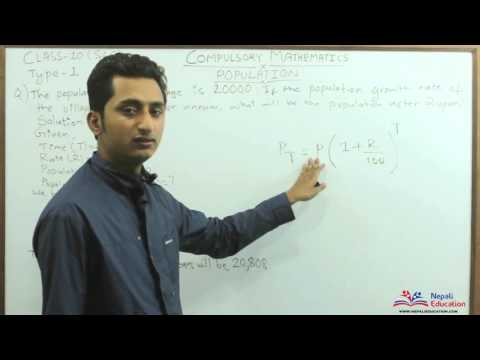 The value of a machine is depreciated from Rs 18000 to Rs 14580 in 2 years. Find the rate of depreciation in present.

A radio costing Rs 6,000 is depreciated per year and 2 years later its price becomes to Rs 5,415. Find the rate of depreciation in percent.

The population of a place was 2000, within a year the population is increased by 3% by birth rate and 2% by migration. How much population  was there now?

The population of the village last year = 2000

The present population of a town is 64,000 and it increases at the rate of 5% per annum. What will be the population of the town after two years?

After one year ago