The Six Pradhans of Patan Who Killed Kings For Power

The Six Pradhans of Patan Who Killed Kings For Power

The King of Gorkha, Prithivi Narayan Shan, defeated Nuwakot and started a blockade in the valley. Seeing this, Rajya Prakash Malla wanted to develop good relationship with the King of Gorkha. But his efforts for this were not very successful. In B.S. 1814, Jestha 19, a Saturday, Prithivi Narayan Shah attacked Kritipur for the first time. In the war, Rajya Prakash Malla, with the help his brother Jaya Prakash Malla, defeated the Gorkhas. At that instant, Rajya Praksah Malla himself commanded his Army. The six Pradhans did not want the King to conduct his work smoothly and efficiently, and a disagreement arised between them. In the events that followed, the six Pradhans took out both eyes of the King. Due to the infection and following pain in his eye, King Rajya Prakash Malla died in 1815. On the very day of the king’s death, one of the Pradhans, Bikhwan Dhankaji, crowned 18 year old Bishwojit Malla as the King of Patan. But even he could not rule as the King for more than 2 years. 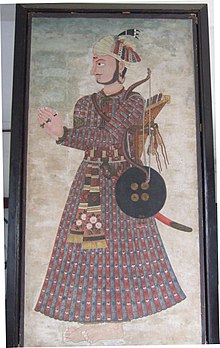 According to a genealogical record, the daughter of Kaji Kalidas, Maijuthaku was married to the son of the Chaku Bahal Kaji. The same Maijuthaku was also taken as his wife by King Bishwajit as well. So in their anger, the husband of Maijuthaku and her brother dragged out King Bishwajit to Taleju and cut him down. It was the rule at the time that a person could cut down another if the latter took the former’s wife as his own. As Bishwajit Malla was married to the wife of a Kaji, and following that tradition, he was cut down by the Pradhan. There are also stories that the cunning Pradhans, who dominated and had power to change the King, may have had killed King Bishwojit under false pretenses. 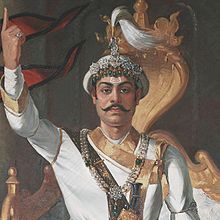 In B.S. 1825, Asoj 13, after the Gorkhalis won Kantipur, Jaya Prakash Malla who was seeking asylum there returned to Patan. The Pradhans wanted to surrender to Prithivi Narayan Shah. Seeing this, King Tej Narsingh Malla and Jaya Prakash Malla both then ran to Bhaktapur. After ruling for 25 years, showing their arbitrary governance, accumulating power, taking the norms, rules and laws in their hands: the Pradhans had their existence ceased. Due to the way they ruled, they are always given credit for the collapse of the Malla dynasty. Patan never would have faced such a horrendous condition if the Pradhans had worked for the betterment of the city.